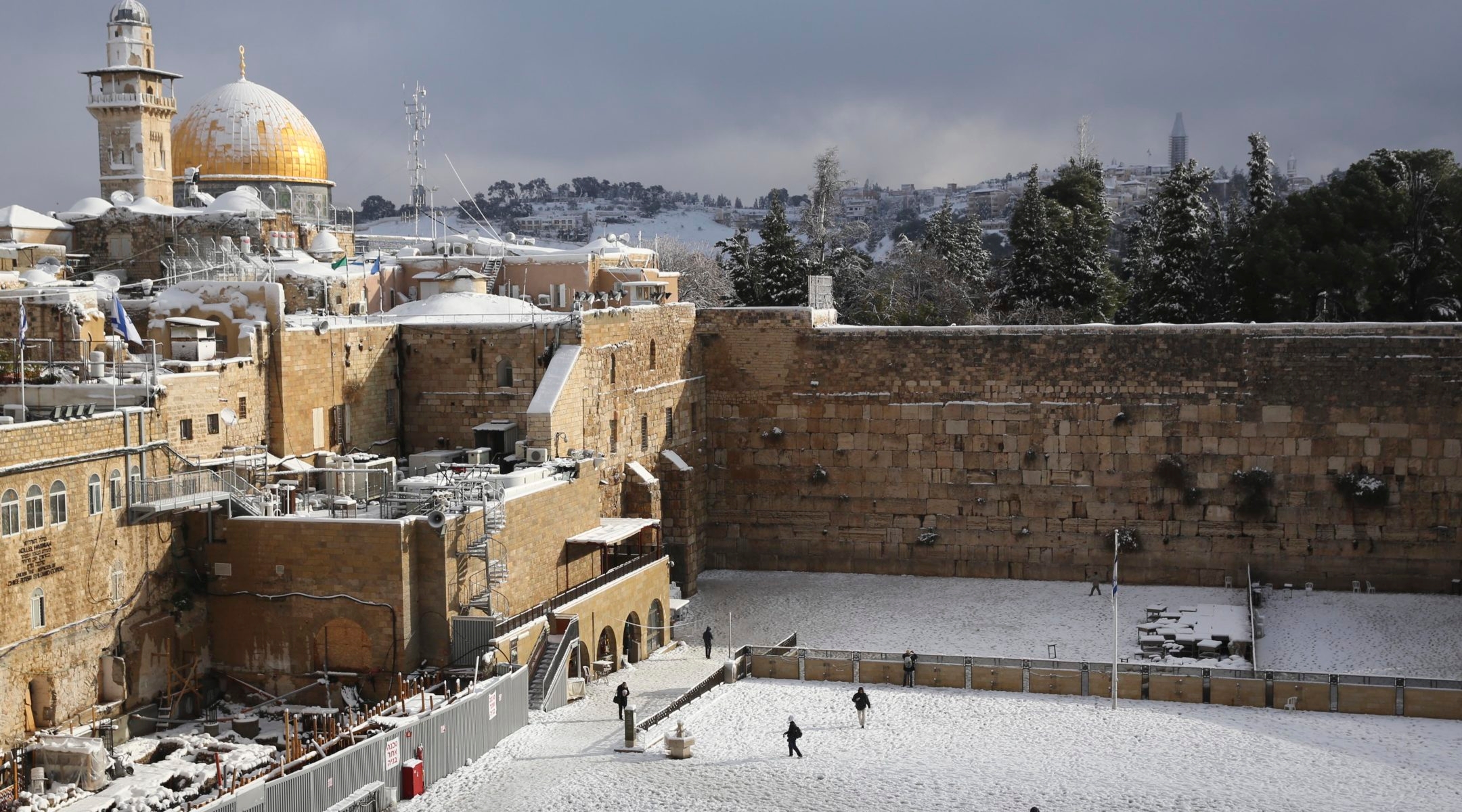 Snow blankets Jerusalem Western Wall plaza and partly covers the Dome of the Rock on the Temple Mount on Dec. 13, 2013. (Nati Shohat/Flash90)
Advertisement

(JTA) — Jerusalem was covered with nearly two feet of snow after a winter storm that cut off traffic to Israel’s capital, left thousands stranded and briefly shut down the country’s main airport.

Ben Gurion Airport was closed early Friday for about 40 minutes.

The snows delayed by an hour a meeting between John Kerry, the U.S. secretary of state, and Prime Minister Benjamin Netanyahu.

Highways which connect Jerusalem to the country’s center were closed because of heavy snowfall. Thousands were left stranded overnight, with many sleeping in their cars, according to the news site nrg.co.il.

In total, around 2,000 people were rescued from vehicles during the night, according to Israel Radio, and hundreds were evacuated to shelters set up at convention centers in Jerusalem.

Power outages also plagued Israel’s capital and the surrounding areas, leaving many without heat to seek shelter at the centers. Jerusalem was covered with nearly two feet of snow Friday morning.