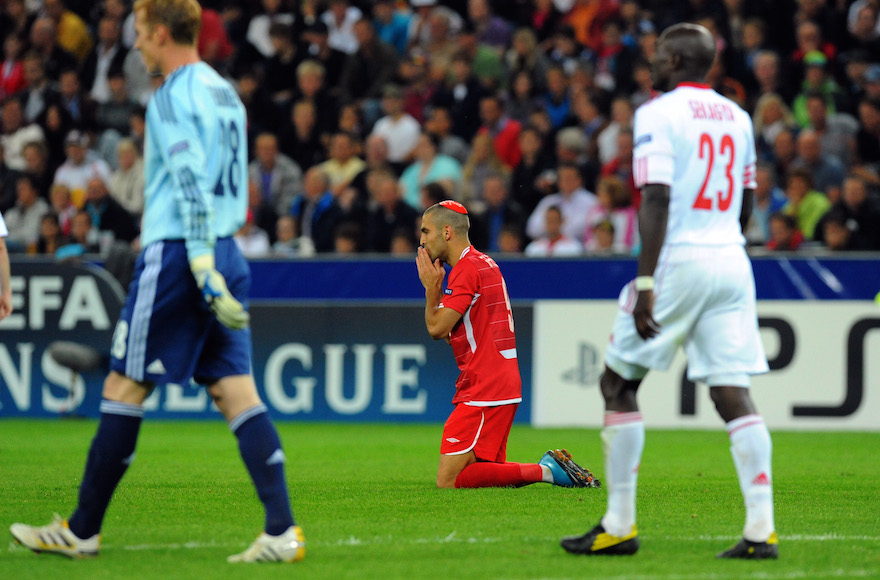 (JTA) — Following protests by athletes and politicians, Israel’s soccer association suspended its ban on wearing kippot for its minor leagues.

The regulation had been handed down by the Union of Soccer Referees in recent weeks, according to a report Friday by Army Radio. The union said it was hewing to the rules of the FIFA International Soccer Association.

“Until the end of the season, the status quo will remain for lower lower leagues, and any observant player who chooses to play with a kippah will be able to do so,” Israel’s Soccer Association siad Friday in a statement. The association did not specify its policy on major league games.

“The regulation against wearing head coverings is stupid,” Orbach, Israel’s minister for pensioner’s affairs who himself wear a kippah, said in an interview Thursday on Army Radio.

Israeli media reported on the new regulation after a player from Jaffa, Yair Cohen-Tzedek, protested against the prohibition. According to Army Radio, he asked teammates on the minor league Maccabi Kabilio Jaffa team and fans to all wear kippot at matches as a sign of solidarity with his campaign to have the new regulation scrapped.

A spokesman for the referees union told Army Radio that league matches are conducted according to FIFA regulations, which determine what players may wear on the field. No head gear of any kind is on the list.

“If FIFA issues a different regulation, we will act accordingly,” the spokesman said.