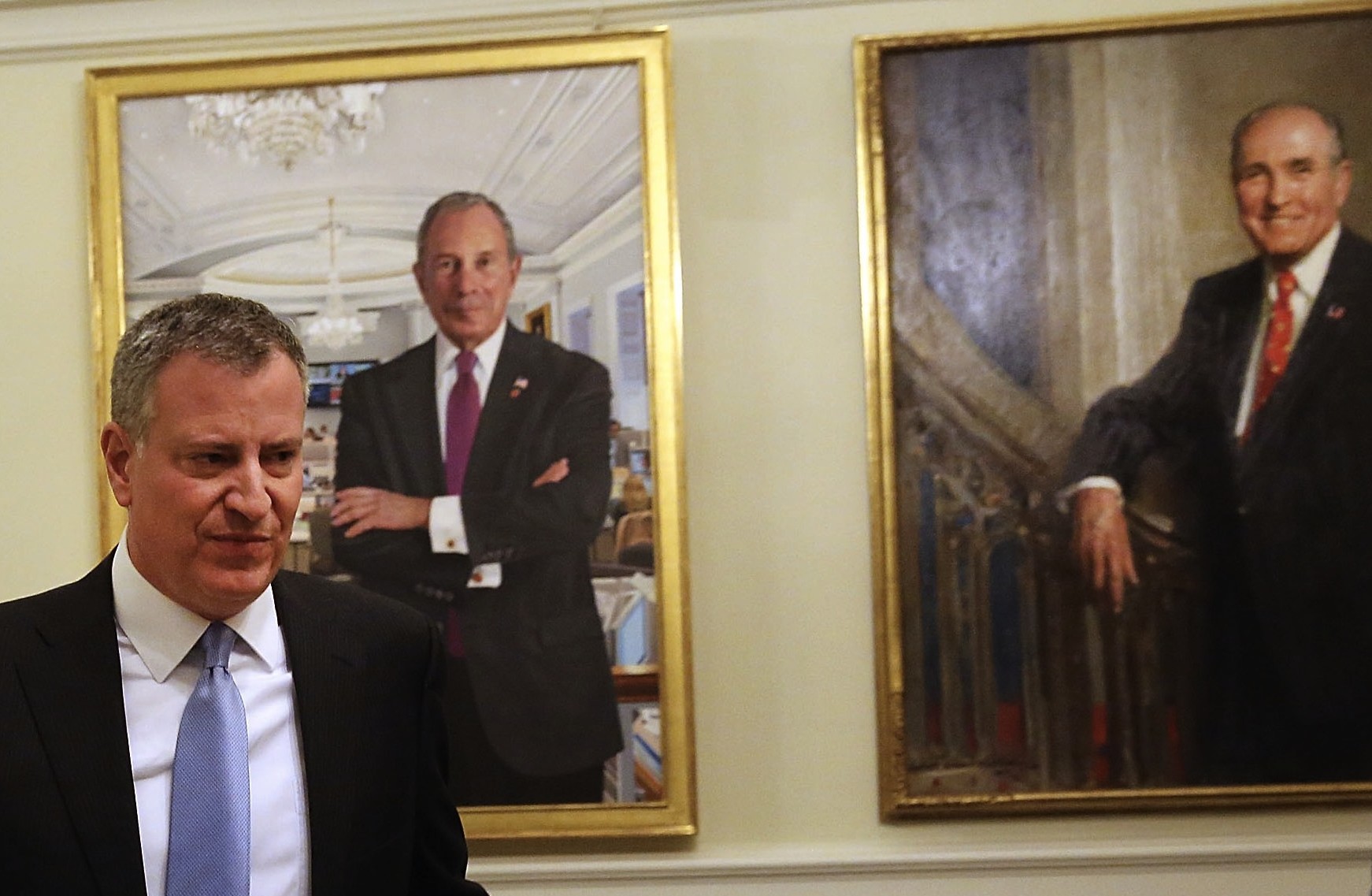 New York City’s new mayor, Bill de Blasio, drew some attention last week with his remarks at an American Israel Public Affairs Committee event. “Part of my job description is to be a defender of Israel,” de Blasio said.

New York City mayors have been outspoken defenders of Israel since its establishment — and of the Zionist cause even before that.

They have visited Israel, called for American aid, opposed arms sales to Israel’s enemies, snubbed visiting foreign leaders who were hostile to Israel, and criticized U.S. presidents on Israel-related issues.

To be sure, there has been plenty of ceremony, symbolism and sound bites, the pro forma pronouncements of New York City politicos. But some mayors have gone further, engaging in substantive and passionate pro-Israel advocacy.

In 1938, Mayor Fiorello La Guardia — de Blasio’s favorite mayor — warned Britain not to back away from promises of a Jewish homeland in Palestine. “This is no time for England to monkey with her honor,” La Guardia said. (He had dispensed with prepared materials that the Emergency Committee on Palestine had provided to him, describing them as “too diplomatic.”)

Mayor William O’Dwyer, who led the city at the time of Israel’s independence, campaigned in 1948 for a strongly pro-Israel plank in the Democratic Party’s platform. The next year, he urged support for Israel — a “new nation carved out of chaos by the spirit of love and human respect” — and dismissed calls for Jerusalem’s internationalization as “poppycock.”

O’Dwyer’s successor, Mayor Vincent Impellitteri, called on Congress to aid Israel in 1951. Later that year, Impellitteri visited the Jewish state, where he was hailed by Jerusalem’s mayor as “one of Israel’s staunchest friends.”

Mayor Robert Wagner also paid a visit to Israel and urged the United States to send arms to Israel. In 1957, he told a Jewish National Fund that he would give the cold shoulder to Saudi Arabia’s King Saud on his visit to New York. That snub was condemned by U.S. Secretary of State John Dulles, criticism that Wagner called “ridiculous.”

Mayor John Lindsay — like de Blasio, a tall liberal — followed Wagner’s lead in snubbing foreign leaders who were unfriendly to Israel. In, 1966 he canceled a dinner for Saudi Arabia’s new king, Faisal, after the monarch had made anti-Israel and anti-Jewish remarks, a move that led one Arab activist to call New York “Tel Aviv of the Atlantic.” In 1970, Lindsay declined to give an official welcome to visiting French President Georges Pompidou amid controversy over France’s arms sales to Israel’s enemies.

Lindsay also strongly criticized U.S. policies toward Israel. In 1970, he lambasted the Nixon administration for “encouraging the intransigence of Israel’s adversaries.” In 1972, he warned that the Vietnam War was undermining America’s commitment to Israel: “As we sank in the mire of Southeast Asia, we sapped our strength to guarantee peace on Israel’s borders.” That same year, Lindsay made his first visit as mayor to Israel.

Ed Koch was, of course, an outspoken supporter of Israel before, during and after his mayoralty. As mayor, he criticized both President Carter and President Reagan for what he saw as their betrayals of Israel.

Mayor Rudolph Giuliani in 1995 had Yasser Arafat booted from a city-sponsored concert, even as the PLO leader was meeting with American Jewish leaders on the same visit.

De Blasio’s predecessor, Mayor Michael Bloomberg, also spoke up for Israel. On a 2009 solidarity visit to Sderot — the rocket-battered southern Israeli town that de Blasio has also visited — Bloomberg experienced the town’s plight firsthand: He was rushed to a protected room after a rocket was fired from Gaza. “I think intellectually I understood what the people of Sderot were going through, but this time it’s more etched in my memory and more personal than reading about it or seeing it on television,” Bloomberg said.