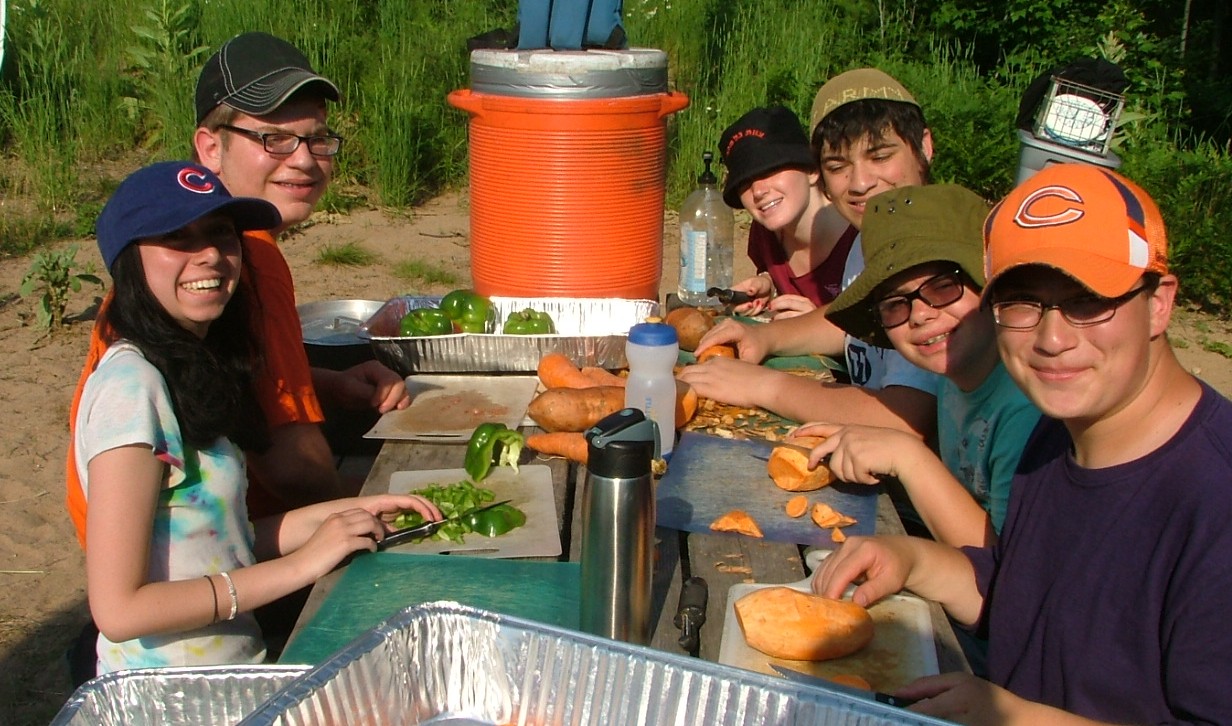 NEW YORK (JTA) — In the late 1960s, when husband-and-wife team Barbara and Herb Greenberg first decided to create a Jewish overnight summer camp program for developmentally disabled children, it was hard to find a camp willing to host it.

Camp directors thought such a program would make other campers and staff uncomfortable, and that parents of non-disabled children would see the presence of disabled children as a potential danger.

But in 1970, the director of the Conservative movement’s Camp Ramah of New England agreed to try it, and the Tikvah program was born. Now Tikvah serves 250 children in nine Ramah camps throughout North America and offers family-camp and vocational-training programs.

While Ramah was a pioneer in the field of inclusion — serving disabled children at regular camps rather than segregating them at separate facilities — today more than 50 Jewish overnight camps, including all Ramah and Union for Reform Judaism camps, accommodate some children with disabilities, mostly serving kids with cognitive impairments and autism.

The foundation recently hired a full-time professional, Lisa Tobin, to focus on special needs and is hoping to  increase significantly the numbers of children with disabilities served over the next decade. While the 2013 survey found more campers with disabilities attending camp than the foundation had anticipated, the disabled population — an estimated 15 percent of children — is still considerably underrepresented among the 75,000 North American children attending Jewish overnight camp each summer.

The study also found that 93 percent of parents of special-needs campers were satisfied or extremely satisfied with their child’s Jewish camp experience, but that most camps do a poor job of marketing and publicizing their programs for children with disabilities.

“Even if you say that a nice proportion of the camps are offering opportunities for kids with disabilities, it’s a handful of kids each session,” said Abby Knopp, vice president of program and strategy at the Foundation for Jewish Camp. “People’s hearts are in the right places, but we’re not doing enough as a field. We know from parents that there are not enough opportunities.”

The foundation is working to raise $31 million to implement a multi-pronged initiative focusing on staffing and training; making more facilities physically accessible and supporting the development of more camp-based vocational education and life-skills training programs for young adults with disabilities, such as one offered at several Ramah camps.

To reach that goal, the foundation plans to provide grants enabling more camps to hire senior professionals with expertise in special needs, while also helping them train their entire staffs in best practices in working with children with disabilities.

“Some models are, you have one expert at the camp who deals with all issues related to disabilities, and that’s not a good situation,” Knopp said. “The whole staff needs to be well trained.”

The foundation also wants to provide funding for accessibility-related capital improvements and equipment at 15 camps and to create 10 new camp-based vocational training/life-skills programs.

“What we’re hearing from camps and families is that children are aging out of the programs that do exist, and the big question on the minds of a lot of camps is what to do now for them,” Knopp said. “Other teens are moving on to leadership training and Israel trips, and there are no opportunities for their peers with disabilities.”

Rabbi Mitchell Cohen, director of the National Ramah Commission, whose Tikvah program has vocational training programs at several camps, said participants perform a variety of camp jobs depending on their abilities, ranging from setting tables in the dining hall to helping in the office to assisting in babysitting programs for the children of camp staff.

At the Ramah camps in California and Wisconsin, participants are placed in jobs in nearby towns, giving them training and experience that will help them find year-round jobs.

“It’s extraordinary to watch them interact with their employers,” Cohen said. “They’re thrilled to do jobs other people see as drudge work but that make them feel productive.”

Asked about the Foundation for Jewish Camp initiative, Cohen said, “It’s fantastic that the foundation has dived into this area.”

For many children with disabilities, camp is one of the few places where they are able to receive a Jewish education and feel part of the Jewish community, he said.

Tikvah parents, he said, frequently tell him, “I sent my child to your camp so they’d have fun and make friends. I didn’t realize you’d be nurturing his soul and sending him back as a committed Jew.”

But the children with disabilities and their families are not the only beneficiaries of inclusion programs, he said.

“It has a sensitizing effect on people and makes an important statement about the community you serve,” Cohen said, noting that tutoring a Tikvah girl for her bat mitzvah inspired his daughter to pursue a career in special education.

“Once you’ve run a program like this, you realize you don’t have an alternative,” he said. “You must. It’s just a responsibility.”