For Daniel Rosenthal, magic-induced laughter is the best cure 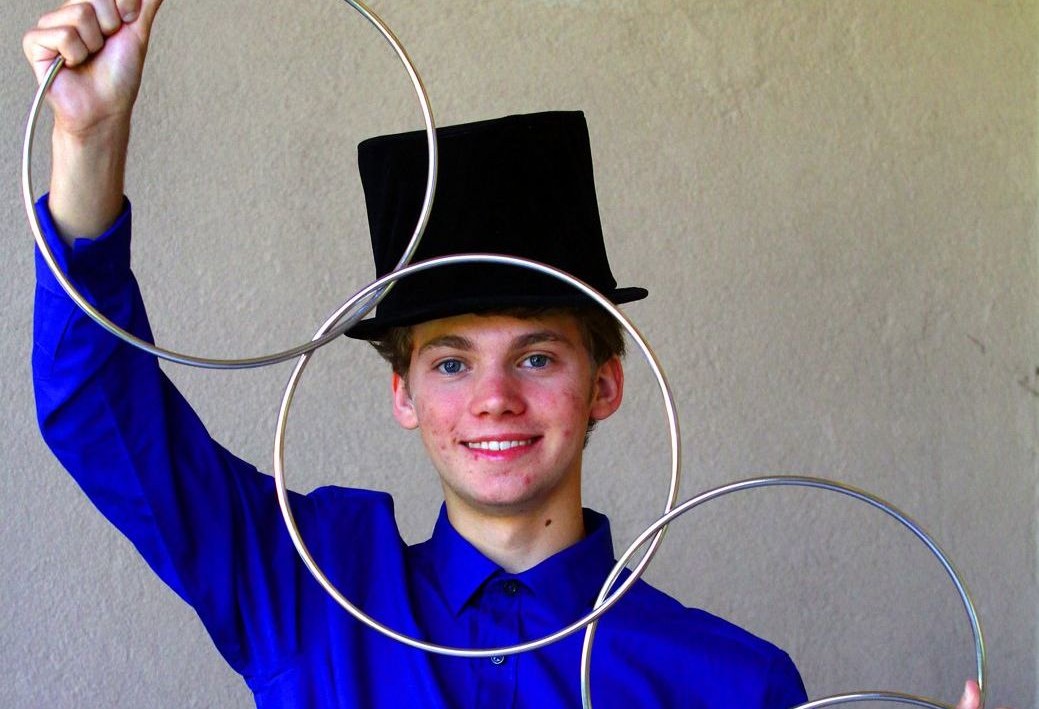 Daniel Rosenthal: “I saw how magic could make worry disappear for just that moment and bring happiness to the saddest of all people.” (Courtesy Daniel Rosenthal)
Advertisement 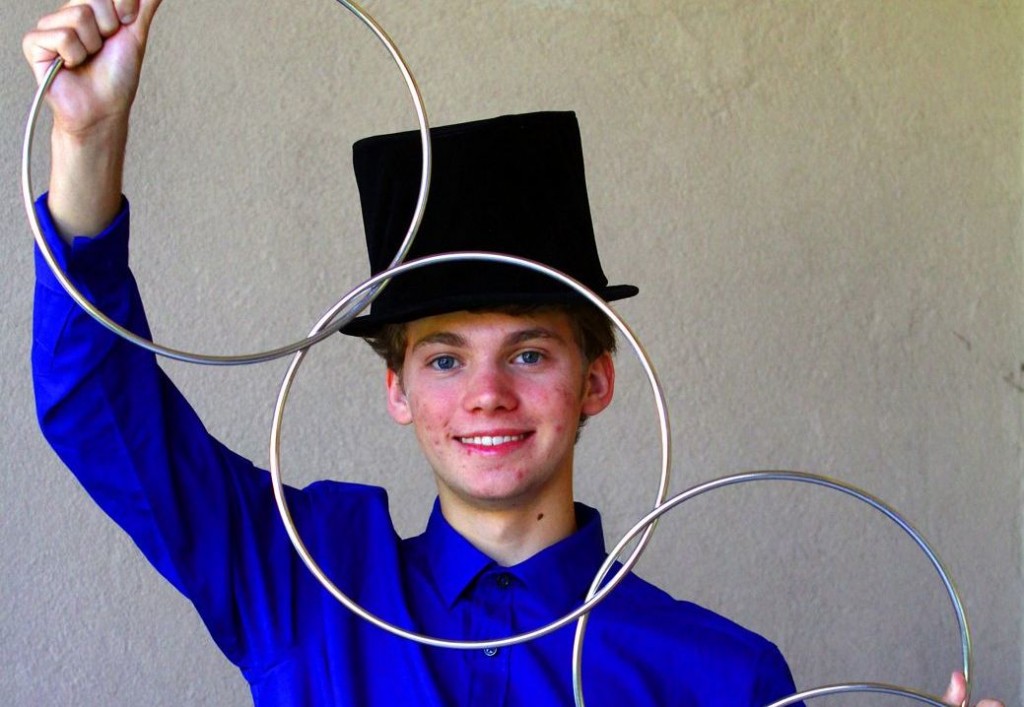 Daniel Rosenthal: “I saw how magic could make worry disappear for just that moment and bring happiness to the saddest of all people.” (Courtesy Daniel Rosenthal)

WASHINGTON (JTA) — When he was 3 years old, Daniel Rosenthal’s Uncle Joe taught him how to make a quarter disappear and reappear from behind his ear.

Eager to learn more, he begged his uncle to teach him other tricks as well.

“The sense of amazement and mystery,” said Rosenthal, now 17. “I fell in love with magic; it’s so amazing.”

By the time he was 5, he was performing professionally at parties, “and I was teaching my uncle tricks.”

At 8, Rosenthal began volunteering and performing magic shows in the chemotherapy ward at Kaiser Hospital in Santa Rosa, Calif.

After a patient told him that he’d heard laughter in the wing for the first time during the magic show, Rosenthal formed Magic is Medicine, an organization that matches professional magicians with volunteer opportunities. “I saw how magic could make worry disappear for just that moment and bring happiness to the saddest of all people.”

Currently a junior at Maria Carrillo High School in Santa Rosa, Rosenthal was awarded a DillerTeen Tikkun Olam Award for Magic is Medicine in 2012. The $36,000 award helped the organization expand and purchase therapeutic magic kits for hospital staff to give to patients.

The oldest of four siblings, Rosenthal also serves as an officer for his local Leo Club chapter, a community service organization for youth.

“Bikkur cholim, visiting the sick, is a huge mitzvah,” said Rosenthal. “It’s something that I’ve taken upon myself to do more of, especially through Magic is Medicine, and inspiring others to do the same.”

Recently JTA spoke to him about his favorite Jewish holiday, one of his magic heroes and what he’d like to do when he grows up.

Who or what have been the biggest influences in your life so far?

Definitely, my uncle for getting me started in magic. He’s always been my mentor, not just with magic, but a life mentor. Also my family, because they have always encouraged me to do the best that I can.

Can you share with us a meaningful Jewish experience that you have had?

When I performed in Israel at a hospital and at a center for developmentally disabled adults. It was amazing to see so many Jews united in one place.

Hanukkah. My grandma makes outstanding latkes, and every year my family gets together.

If you could have lunch or coffee with anyone and tell him or her about Magic is Medicine, who would it be?

Harry Houdini. He was the world’s greatest magician and also performed for children in hospitals. He’s one of my magic heroes. Also Patch Adams: He also visited the sick and did clowning in the hospitals.

What do you think you want to be doing when you “grow up,” or what would you like to be doing professionally in 10 years?

I’d love to be a doctor. I’d love to work with patients, maybe as a pediatric surgeon.

I am almost a black belt in Tae Kwon Do, and I’ve played the violin since the fourth grade. I also like hanging out with my friends and playing with my siblings.