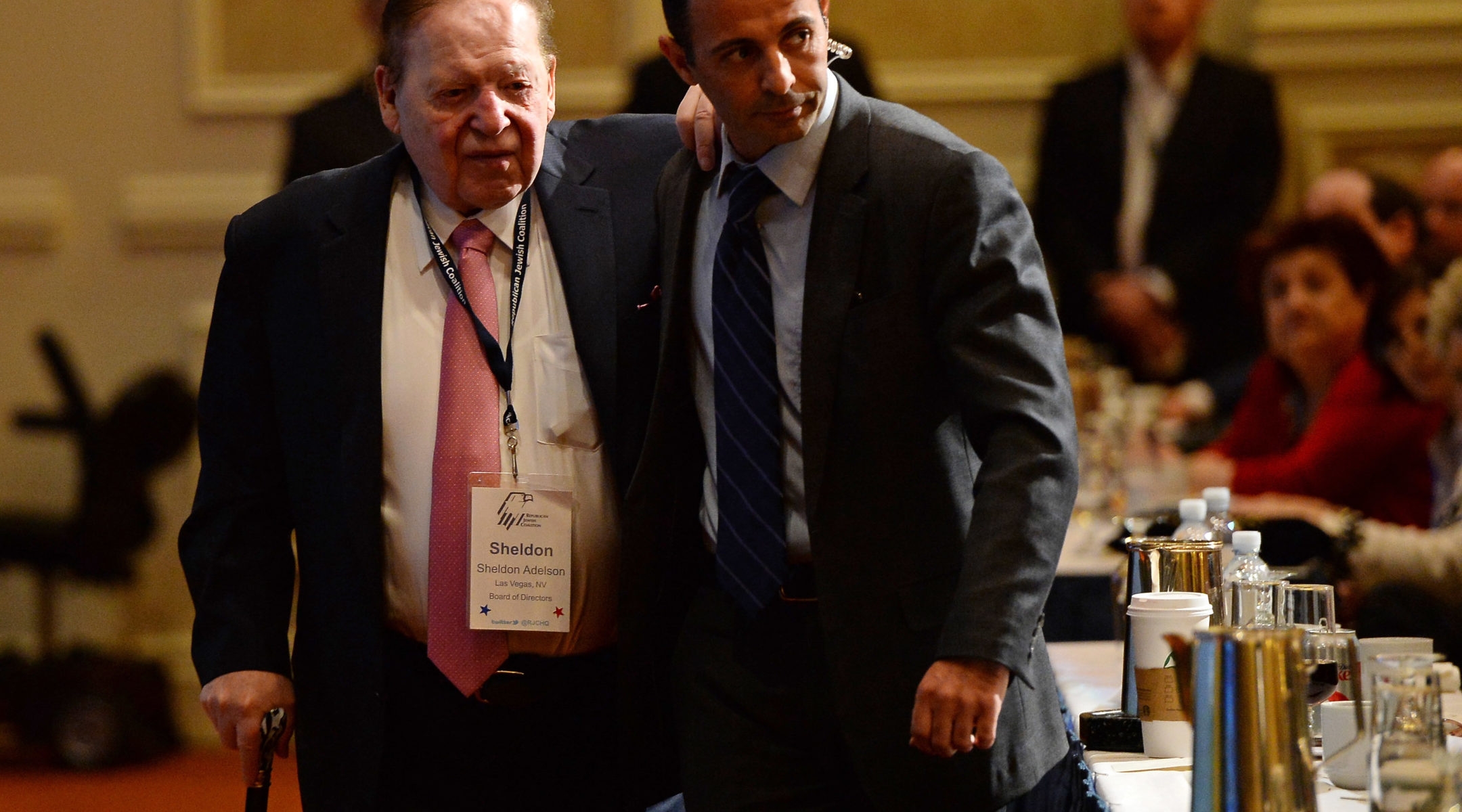 There may be chaos in the world, with an Ebola epidemic in West Africa, the specter of war in Ukraine and a seemingly endless cycle of violence in Gaza, but the earth continues to turn, the sun continues to shine, and Republicans continue to think Jews are about to turn Republican. Some things never change.

The Hill newspaper trots out another installment in the long–running series suggesting that this may finally be the time that Jews break with the Democratic party. In fairness to The Hill, the frame it presents is, no doubt, quite accurate — “Republicans believe that the deepening crisis in Gaza could ultimately loosen the grip that the Democratic Party has traditionally held upon American Jewish voters.” And to prove it, they proceed to quote a number of Republicans (two, to be precise), saying that this may indeed be the time that Jewish voter disgust boils over about Israel and sends them into the Republican camp. (Surprisingly, neither of these Republicans is Matt Brooks of the Republican Jewish Coalition, whose never-diminishing optimism typically makes an appearance in these stories.)

To be clear, I don’t doubt that many Republicans believe that Jews will, indeed, start voting Republican. By the same token, I’m sure my rabbi believes I’ll start showing up regularly for services and my wife thinks I’m going to start cleaning around the apartment. Hope springs eternal.

And, to be sure, it is indeed possible that Jewish votes may start to go Republican. As the article notes, from the 2008 to the 2012 presidential elections, Obama’s percentage of the Jewish vote, according to exit polls, dropped from 78 percent to 69 percent, a more significant drop than in his overall level of support. [UPDATE: The Hill’s citation was not accurate — a deeper dive by The Solomon Project, a nonprofit that examines the role of Jews in U.S. politics, found that Obama received 74 percent of the Jewish vote, not the 78 percent reported by the initial exit polls.] It’s also the lowest percentage of the Jewish vote to go Democratic since 1988.

That said, there have been false dawns before — when George W. Bush ticked up from 19 percent to 24 percent from 2000 to 2004, some observers hailed it as a sign that the long-awaited shift was under way. Before that, between 1976 and 1988, the Democratic candidate only broke 70 percent once. But the long trend persists — no Republican has reached 40 percent of the Jewish vote since Warren G. Harding in 1920. As Tevi Troy, the former Jewish liaison to the younger Bush administration ruefully tells The Hill (well down in the story), “I have been around many blocks and I’ve heard it so many times: ‘Now is the point that it’s all going to change.’ And it never happens. It’s like ‘Waiting for Godot.’”

Conservative columnist Philip Klein, of the Washington Examiner, dispenses with the latest outbreak of GOP optimism quite nicely: Jews don’t vote only on Israel, Jewish views on social and economic issues are more aligned with the Democratic Party, and Jewish views on Israel actually line up pretty well with the priorities of Obama and most other Democrats (i.e. support for a two-state solution).

He also points out, quite rightly that the factor most likely to push Jews towards the GOP is not Israel but demographics — Orthodox Jews vote Republican at a much higher rate than non-Orthodox Jews and are also growing at a much faster clip than any other portion of the Jewish population. (I would, however, quibble with his point about intermarriage — studies have indicated that intermarried, unaffiliated Jews vote just as Democratic as other non-Orthodox Jews.)