Who won and who lost in the Gaza war? 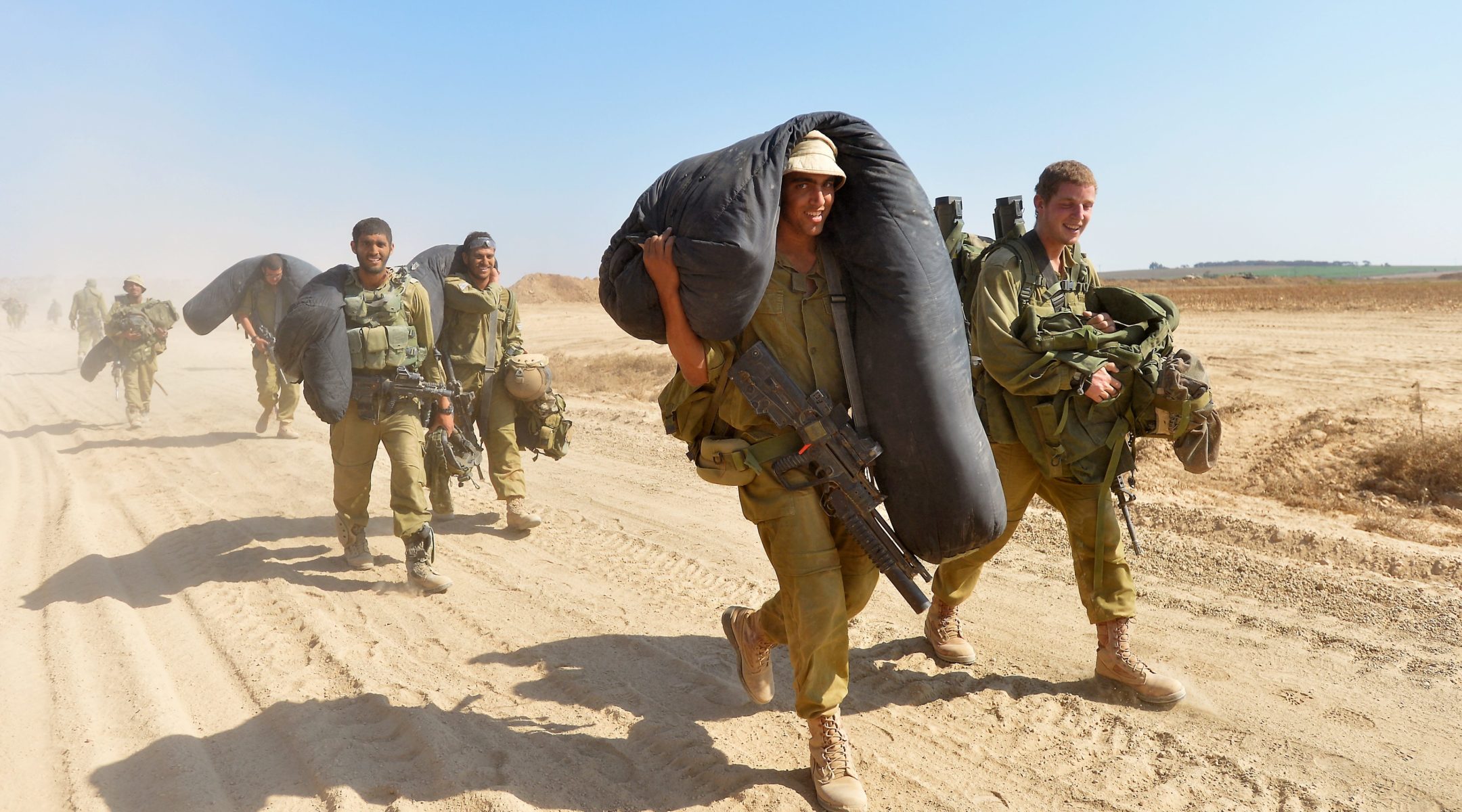 (JTA) – Now that the latest Gaza conflict appears to be over — or nearly so — it’s time to take stock of the winners and losers.

Who won the war?

Perhaps more than the other two Gaza conflicts in the last six years, Israel is the clear winner this time. The Israel Defense Forces dealt a serious blow to Hamas’ tunnel infrastructure, effectively neutralized the Hamas rocket threat thanks to the Iron Dome missile defense system and destroyed hundreds of Hamas targets in Gaza.

Hamas’ aim of doing significant damage to Israel failed. The organization’s numerous attempts to kidnap Israelis – soldiers or civilians – came up empty. The incessant rocket fire did not succeed in causing a mass casualty event or significant damage inside Israel. Hamas enjoyed a brief victory when most foreign airlines suspended flights to Ben Gurion Airport after a missile strike nearby, but flights resumed after a couple of days.

In all, three civilians were killed in Israel during the war: two from mortar fire in the immediate vicinity of the Gaza border and one from a rocket for which Iron Dome wasn’t deployed because its target was a sparsely populated area.

Israel lost 64 soldiers in the fighting, but nobody expected the army to escape casualties once the ground invasion of Gaza began. Death is the inevitable price of an extensive military operation in hostile territory. The question is whether the price Israel paid in the war will be worthwhile in the long run and how long will it be until the next round of fighting.

Hamas certainly doesn’t come out of this victorious. Its operational capabilities took a heavy hit thanks to Israel’s bombardment, the discovery and destruction of dozens of tunnels running under the Israel-Gaza border, and the depletion of a big chunk of Hamas’ rocket caches.

But it’s hard to say exactly how much damage Hamas has suffered because so much of what the terrorist group does takes place underground — literally and figuratively. The true picture of Hamas’ capabilities may become clear only in the months and years to come.

Moreover, Hamas does not live by the gun alone. Its power depends in large part on popular support. By that measure, Hamas is likely to pick up points from Palestinians for standing up to Israel — in contrast to the Palestinian Authority, which cooperates with Israel on West Bank security.

In the broader region, however, the reaction of other Arab countries to the Israel-Hamas conflict underscores just how little fondness there is for Hamas, an antagonist allied with the Arab autocracies’ own Islamist foes. Egypt, Jordan, Saudi Arabia and the United Arab Emirates all stood by while Israel pummeled Gaza, in many cases withholding even pro forma criticism. In past conflicts they at least paid lip service to the Palestinian cause. This time, the public criticism was directed at Hamas.

With Hamas’ weapons stores depleted, it’s going to be much harder for the terrorist organization to rearm without as much financing from the Arab world and without Egypt acting as a smuggling conduit to Gaza.

Israel may have enjoyed broad support from foreign governments for its war against Hamas — notwithstanding the criticism this week from the U.S. State Department about a specific Israeli strike on a U.N. school in Gaza — but its public image among regular people probably bears some resemblance to the rubble in Gaza.

To watch the news of this war was to see image after image of human and structural destruction in Gaza. The virulently anti-Israel demonstrations around the world, some of which included anti-Semitic expressions, were a potent sign of how people were responding to the war.

Most people, of course, didn’t take to the street. Their extent of involvement with the war came from watching TV, reading the paper or perusing their Facebook feed. Chances are what they’ll remember most won’t be the photos of Israelis taking cover in bomb shelters or IDF soldiers riding tanks into Gaza or Hamas fighters shooting at them (the only ones of those that we have are from IDF cameras). It will be the images of Palestinian children moments after they were killed while playing on the beach, the photo of a Gaza girl’s bloodied corpse laying abandoned on a hospital stretcher, and the endless images of mothers and brothers and fathers and daughters weeping as they confront the unfathomable grief of losing their loves ones.

It’s going to be difficult for Israel to overcome association with those images.

In all, the Palestinian death toll was estimated by Palestinian sources at about 1,900, with the Palestinians claiming about 80 percent were civilians. The numbers will be a subject of deep dispute. Israel says the true proportion of civilians among the dead is far lower than most estimates because, as journalists in Gaza have acknowledged, combatants in Gaza are hard to distinguish from the civilian population.

Though he ran virtually unopposed in Israel’s last elections, Prime Minister Benjamin Netanyahu is hardly a universally beloved figure in his country. But his prosecution of the war enjoyed near universal support in Israel, with polls showing 95 percent of Jewish Israelis supporting the war.

Netanyahu appeared reticent to launch the war, tried to avoid a bloody ground operation by agreeing to three separate cease-fires before the invasion began and, once the extent of the tunnel problem became clear, stayed the course for as long as most Israelis thought necessary to destroy the tunnels.

Now that the war appears over, expect the love-fest to fizzle. Some on the hawkish right already have criticized Netanyahu for foregoing a more ambitious Gaza operation in which the IDF would stay in place for months in order to rout Hamas. On the tactical side, the public will want to know why the IDF did not appear to be sufficiently prepared for (or maybe even aware of) the extent of the Hamas tunnel threat. And on the left, there’s likely to be growing criticism of Netanyahu for failing to take advantage of opportunities before the war to work with P.A. President Mahmoud Abbas to weaken Hamas and advance the diplomatic track.

All in all, however, Netanyahu’s stock has risen.

One place outside of Israel where Netanyahu’s stock may not be up is in the White House.

On substance, the U.S.-Israel relationship is as strong as ever, with close cooperation in the arena that may matter most: defense. On Monday, President Obama signed a bill giving Israel $225 million in emergency aid for Iron Dome, a project the Obama administration already has supported to the tune of hundreds of millions of dollars.

But as far as appearances go, the relationship between the Obama administration and the Netanyahu government looks as troubled as ever. The Israelis are still seething over what they said was a July 25 cease-fire proposal from Secretary of State John Kerry that endorsed Hamas goals, and the Americans are still angry over what they describe as Israeli mischaracterizations of that episode and the subsequent slander of Kerry.

On Sunday, the State Department said it was “appalled” by Israel’s “disgraceful shelling” of a U.N. school, prompting anger in Jerusalem over the strident condemnation.

With strong support for Israel in Congress and among Americans generally, whatever tensions may exist between Obama and Netanyahu will take a far back seat to the mutual interests of Israel and America. And despite the tiffs, the Obama administration’s expressions of support for Israel’s right to self-defense from rockets – and Israel’s expressions of appreciation for U.S. support – were a refrain throughout the four-week Gaza war.

It might be easy to forget, but before the kidnappings of the three Israeli teens, the revenge kidnapping and Palestinian unrest that preceded this conflict, there was the collapse in April of U.S.-brokered peace negotiations between Israel and the Palestinian Authority.

Does this war give the two sides new incentives to return to the negotiating table?

Though Israel was the winner in Gaza, this war hardly represents a final victory. Hamas has survived to fight another day.

Dovish Israelis argue that Israel needs to seize the opportunity to strengthen Hamas’ rivals in the West Bank — the Fatah-led Palestinian Authority — and show Palestinians that they have more to gain through diplomacy than violence. The doves say this conflict shows the dangers of inaction on the diplomatic front, and that engaging with a Palestinian unity government that includes Hamas ultimately discourages Hamas from stirring up trouble in Gaza.

Hawkish Israelis argue that it would be folly to negotiate with a Palestinian government that includes Hamas, a terrorist group dedicated to Israel’s destruction. They also point to Gaza as a cautionary tale for the West Bank, arguing that ceding more control to the Palestinians in that area may one day lead to rocket and tunnel problems from there.

Before the war, Netanyahu endorsed the latter position. It’s not clear that the war has changed his mind, and it’s unlikely his Cabinet will push him leftward.

For Abbas, it would be hard to return to the negotiating table opposite a party that, during the war, he accused of perpetrating genocide against Palestinians in Gaza.

For the Obama administration, the failure of Kerry’s months-long negotiating push, a dim view of Netanyahu’s inclinations to make concessions toward Palestinian statehood and Obama’s slide into lame-duck status all make a renewed negotiating push unlikely.

Significant changes in the Israeli-Palestinian relationship may have to wait till changes in government — on all sides. Well, that or divine intervention.