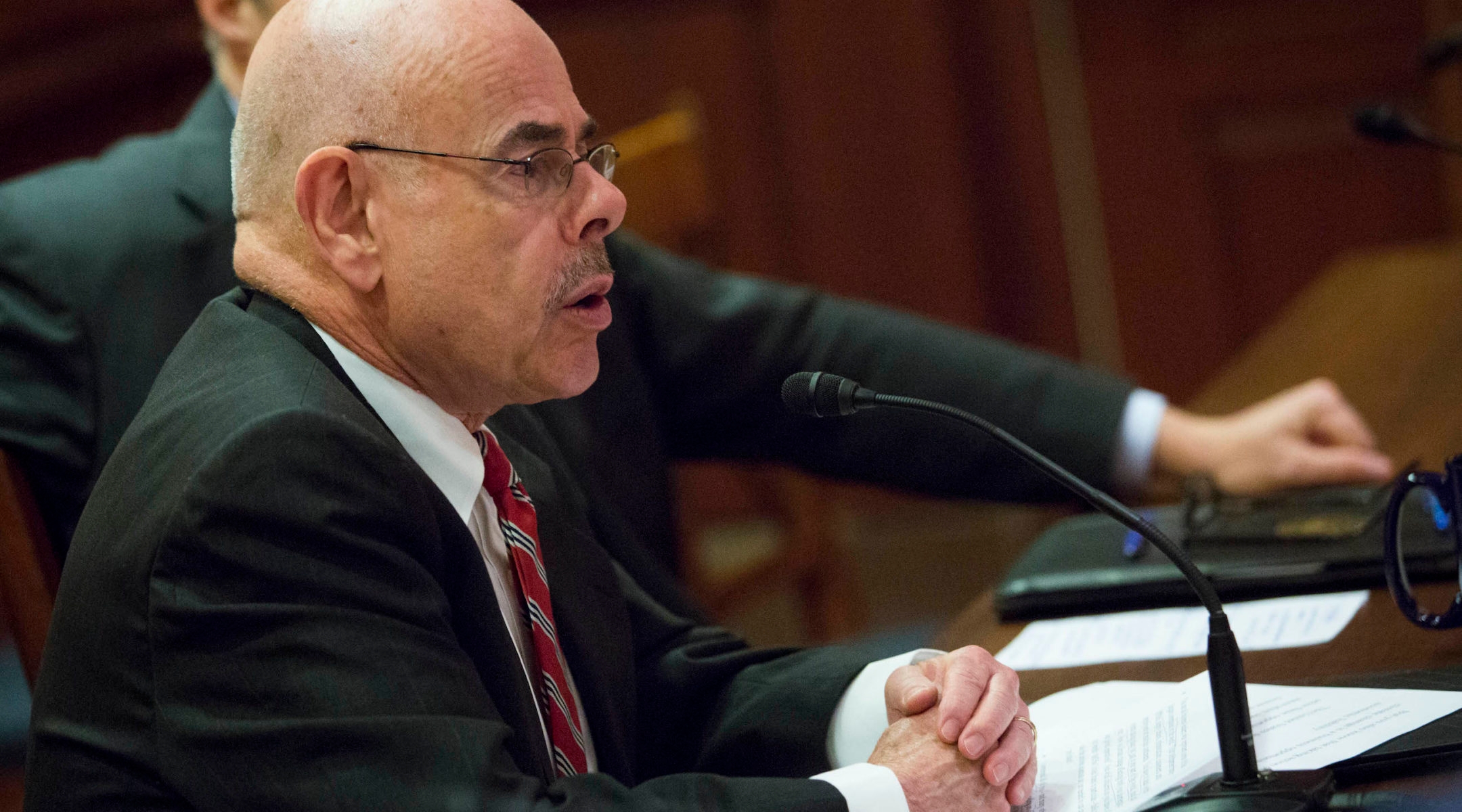 LOS ANGELES (JTA) — When Rep. Henry Waxman, who will turn 75 in September, retires at the end of this year after 46 years in elected office, it will mark more than just the end of a storied career as one of the most prolific lawmakers in Congress.

It will also draw the curtain on a generation of Jewish politicians in Los Angeles.

In 2012, Waxman’s longtime friend and ally Rep. Howard Berman lost his reelection battle to fellow Rep. Brad Sherman after redistricting left them competing for the same seat. This is also the final year in office for L.A. County Supervisor Zev Yaroslavsky, who has been a dominant figure in local politics since 1975.

“It is the end of an era,” Yaroslavsky told JTA. “We’re all parts of the same generation. We can all finish each others’ sentences.”

When Waxman, who is a Democrat, announced his retirement from Congress in January, President Obama hailed him as “one of the most accomplished legislators of his or any era.”

Waxman established a national reputation for shepherding landmark legislation like the Affordable Care Act and the 1990 revisions to the Clean Air Act and leading dramatic congressional hearings on such matters as tobacco and AIDS policy.

“He became probably the greatest warrior in the last 50 years for federal social policy, and probably the most remarkable member of the House of Representatives to serve since the Johnson era,” said Raphael Sonenshein, executive director of the Pat Brown Institute at Cal State Los Angeles, a nonpartisan public policy institute.

Neither Waxman’s person nor his personality is outsized. His modest height — he stands 5 feet, 5 inches tall — and his soft, precise manner of speaking belie his giant political stature and the bulldog reputation he attained on Capitol Hill. Now he’s winding down his career in relative quiet, collecting awards and sorting through the papers he has accumulated since he was elected to Congress in 1974.

“When I think about the things I wanted to do, so much of that has happened,” Waxman told JTA in an interview in his office, ticking through a laundry list of policies for which he has pressed:  health care reform, tobacco regulation, nutrition labels, the Clean Air Act.

His spare district office on Wilshire Boulevard sits a  few miles west of the once-Jewish Boyle Heights neighborhood where he was born. It’s also on the edge of West Los Angeles, where Waxman and much of the rest of the city’s Jews moved as they prospered. The area has served as the base for his political career.

Waxman was born to the children of Jewish immigrants from Bessarabia. When he was relatively young, his family moved from Boyle Heights to South-Central Los Angeles, an increasingly African-American neighborhood where his father opened a grocery store.

“I always felt that living in an area that wasn’t solid Jewish made me even more Jewish,” Waxman said.

Politics ran in the family bloodlines. His uncle, Al Waxman, published a pair of local newspapers, including one that opposed Japanese internment during World War II, and was appointed to L.A.’s first committee on air pollution – then promptly was kicked off when he fingered major local industries as culprits. Waxman’s parents brought him up with liberal values and an allegiance to the Democratic Party.

“We always talked about politics,” Waxman said. “My parents imbued me with an attachment to the Democratic Party and to the fact that government is essential to the role nobody else would play to make this a more just society.”

Waxman and Berman met as members of the Young Democrats at UCLA and began their careers battling against the city’s conservative establishment. They were part of the political reform coalition between blacks and white liberals (many of them Jews) led by future mayor Tom Bradley.

The two rising Jewish politicians also took on the state Democratic machine led by State Assembly Speaker Jesse Unruh, building their own political operation (along with Berman’s younger brother, political consultant Michael Berman) that came to be known as the Waxman-Berman Machine. Using then-innovative political tactics such as targeted direct mail, slates of favored candidates, and tapping Waxman’s affluent base in West Los Angeles for campaign funds, they helped elect an entire cohort of like-minded politicians to office in California. Many, though certainly not all, were Jews.

They initially opposed Yaroslavsky in favor of a Bradley ally, but Yaroslavsky subsequently became a close political partner.

“They really represented the high water mark of Jewish political officeholding in Southern California, and then it spread their influence to Washington,” Sonenshein said. “From the city to state to county to the U.S. Congress, these guys were at the forefront.”

In Rep. Henry Waxman’s office, a framed photo of a front page from the Los Angeles Times commemorates the passage of the Affordable Care Act, one of his capstone achievements. (Anthony Weiss)

In 1974, Waxman was elected to an open seat for Congress. For the next 40 years, Waxman used his secure perch in western Los Angeles — aided by friendly districts drawn by Michael Berman — to become one of the most influential domestic policy legislators in the country. The walls of his district office feature framed front pages from the Los Angeles Times commemorating the passage of the Affordable Care Act, one of Waxman’s capstone achievements.

His secure perch wobbled in 2012 when an independent redistricting commission redrew his district, making it less Democratic and less Jewish. Waxman survived the closest race of his career against a self-funded independent, Bill Bloomfield, who spent millions of dollars of his own money in the race and came within eight points of Waxman.

Though he’s stepping down, Waxman says he is confident he could have kept winning. But he says he didn’t want to spend a year raising money and campaigning only to return to the minority in the House of Representatives.

Besides, he said, 40 years  in Congress “was a good, round number.”

The Republican candidate to replace Waxman, Elan Carr, is also Jewish, but Waxman has endorsed Democrat Ted Lieu, whom most political observers believe will win the seat.

The retirement of Waxman and his cohort by no means spells the end of liberal Jewish politicians in Los Angeles. The city’s three citywide elected officials — Mayor Eric Garcetti, City Attorney Mike Feuer, and Controller Ron Galperin — are all Jewish. And though Jews are shrinking as a percentage of L.A.’s population and other minority groups like Latinos are growing fast, Jews’ reliability as voters makes them an important political bloc in low-turnout elections.

Still, the departure of the older generation marks the demise of the concentrated clout that Waxman and his allies represented in state and local politics. Yaroslavsky notes that the Jewish population has dispersed, and the number of Jewish elected officials in Southern California has declined overall.

As our interview winds up, Waxman is quick to return to work: There are still more boxes of papers to sort, and less time than ever to sort them.