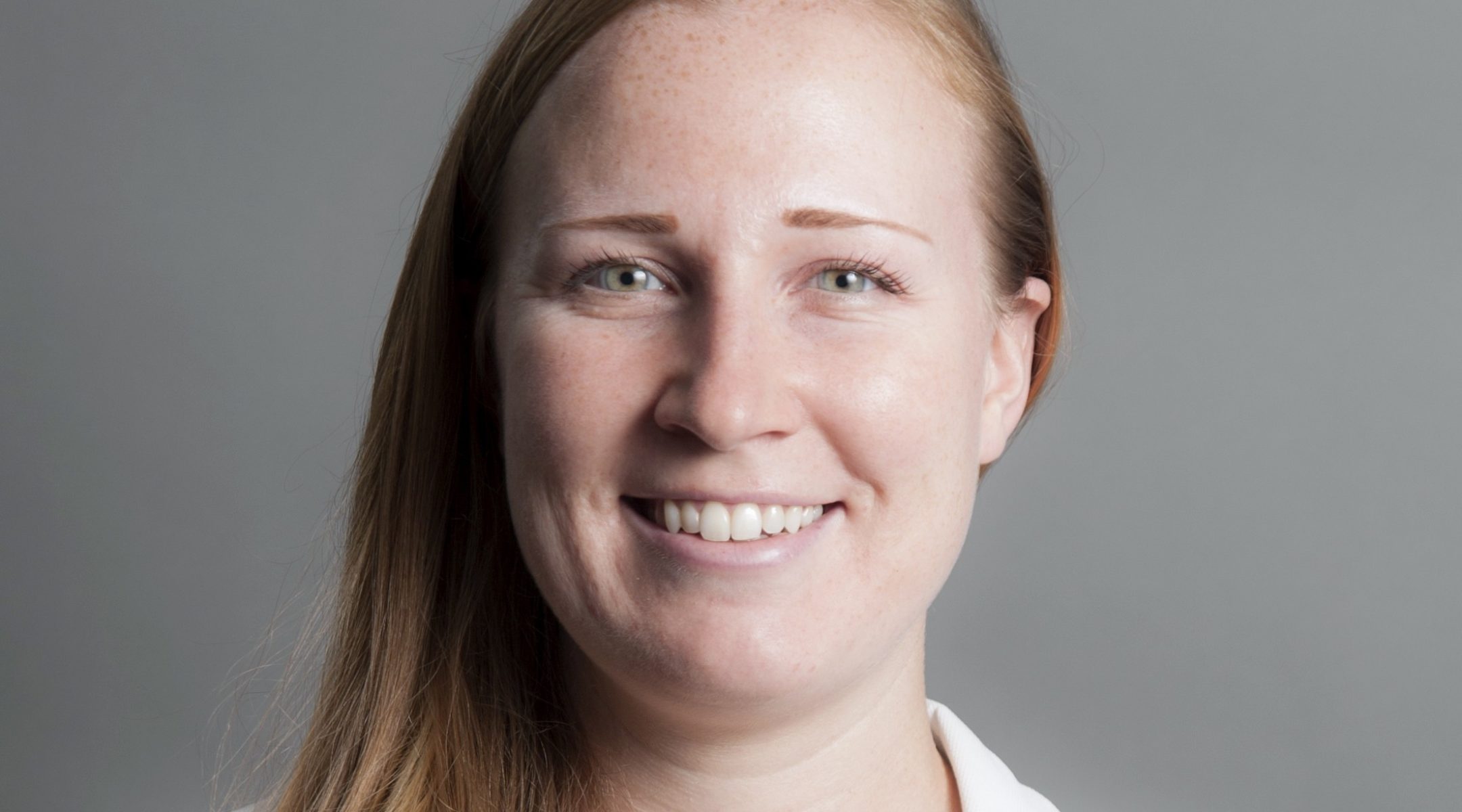 Jacqui Dauphinais on women coaching men: "I think it's a rarity. I don't necessarily think it should be." (Courtesy Yeshiva University)
Advertisement

(JTA) – Having been a standout player in high school and college, and an assistant coach, new Yeshiva University men’s volleyball coach Jacqui Dauphinais has plenty of knowledge about the sport.

And in her one season as an assistant for the Maccabees, she showed she wasn’t afraid to speak up.

The real adjustment for Dauphinais, who is not Jewish, may be the Jewish environment at the modern Orthodox school in New York City.

“It was foreign to not have a practice on a Friday night or a Saturday,” said Dauphinais, 30, a native of Cape Cod, Mass. “Also, I didn’t know there were as many holidays.”

She takes over after serving as an assistant under Arnold Ross for a team that won the Hudson Valley Intercollegiate Athletic Conference championship. 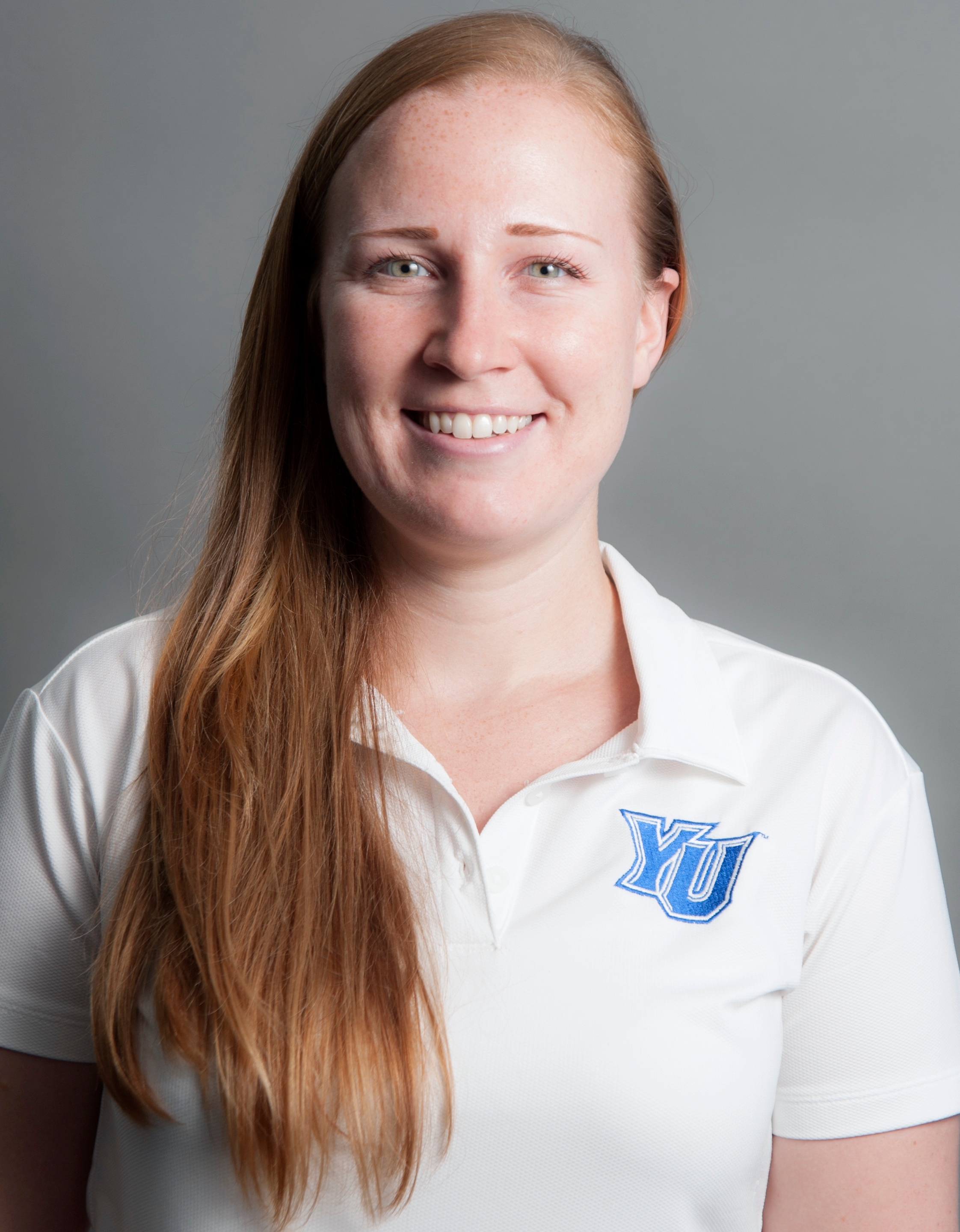 Jacqui Dauphinais on women coaching men: “I think it’s a rarity. I don’t necessarily think it should be.” (Courtesy Yeshiva University)

As a female coaching men, Dauphinais, not surprisingly, is an anomaly.

According to the National Collegiate Athletic Association, eight men’s volleyball teams in its three divisions had female head coaches in 2012-13, the most recent academic year for which figures are available, compared to 99 men. (Overall, 8,646 of the 9,030 men’s teams in all sports had male head coaches and 384, or 4.2 percent, were led by women, with 316 of the 384 concentrated in swimming, tennis, cross country and track.)

“I think it’s a rarity. I don’t necessarily think it should be,” said Dauphinais, who works full-time as a sales manager for a nonprofit organization that runs several New York zoos. “I know that [the players] respect me and know that I have the skill to push them in the right direction.”

Dauphinais’ players said they don’t give gender a thought.

As to the Jewishness, Dauphinais said she accommodates the restrictions on traveling and playing on the Sabbath and holidays.

Scanning the schedule after accepting the job this summer, she realized that the HVIAC playoffs in April were set for Passover. Dauphinais arranged for the conference to delay the tournament and plans to conduct most practices for the postseason before the holiday break.

“I’m optimistic,” she said of already planning for the playoffs, even before a team was picked. “I always feel you have to go into the season with the best mind-set, the best outlook possible. That can, maybe, elevate you to a better position.”

The confidence appears to be well placed, as the Maccabees graduated only three players from the club that defeated St. Joseph’s College of Brooklyn in three straight sets to win the conference tournament.

It was at an early practice a season ago that Dauphinais made her presence felt by advising the team on defensive position and rotation. During games, she didn’t hesitate to approach players who had been substituted out to offer corrective tips.

“That was helpful when you went back into the game,” said Joseph Lipton, a returning senior. “When I’d go up to block, let’s say, I would go too far over and leave too much of the court open for my opponent to hit. She’d say, ‘Don’t leave so much of it open.’ ”

Dauphinais frequently led practices in the absence of Ross. Those sessions, often late at night in the basketball gymnasium on campus, along with in-game operations, made clear that Dauphinais would be an attractive candidate after Ross left last spring to take a job in Los Angeles.

“I was always impressed with her demeanor and knowledge of the game, and the players responded to her,” said Alexander Winnicker, the associate athletic director at Y.U., which plays on the Division III level, meaning no athletic scholarships are offered.

“How players respond to a coach is one of the largest indicators of the success of a coach.”

When the assistant resigned, Ross hired Dauphinais, whom he knew when both attended Mount Saint Vincent, a Catholic institution in the Bronx, near Y.U. The two continued playing together on recreation league teams of urban professionals.

“I wanted Jacqui because [we] had a lot of the same philosophies on how to set up an offense, how to play defense,” Ross said of recruiting her to the Manhattan university. “If I’m looking at one thing, she can look at something else and tell me what’s wrong. We both agreed on a lot of the same things.”

A short vacation to Cape Cod behind her, Dauphinais is raring to go in the new academic year. There are high schoolers to recruit, training regimens to set up, meetings to arrange and players to try out.

“I’m really excited to be returning to Y.U., now with a little more responsibility,” she said. “We’ll have a great season again and move forward. It’ll be great taking the helm, and I’m coming in with a really optimistic outlook for the season.”