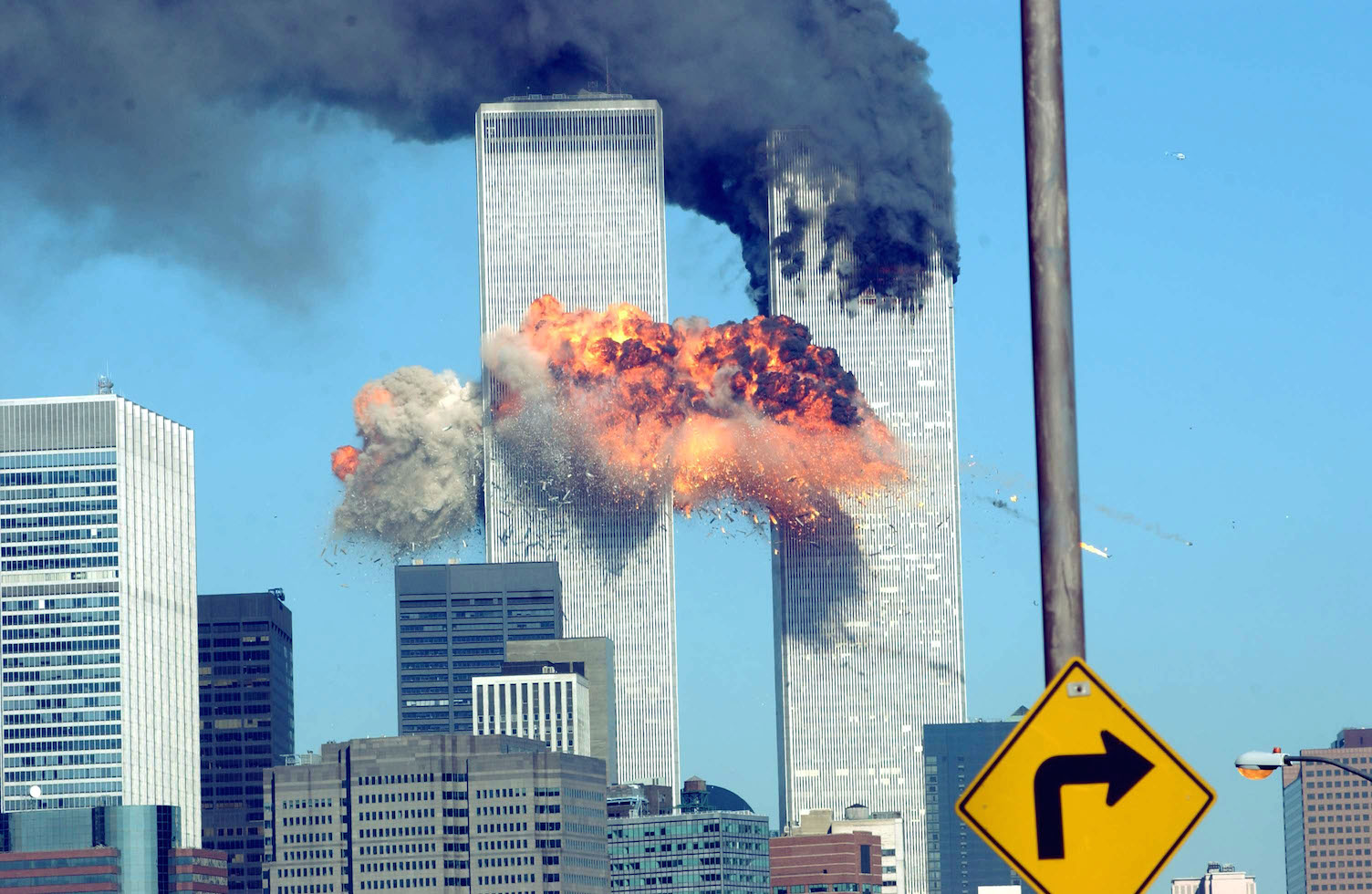 On 9/11, JTA pivoted from looking across the Atlantic to looking in its own backyard. (Michael Foran)

Early on the morning of Sept. 11, 2001, JTA’s New York and Washington staff were more focused on happenings across the Atlantic than on the nightmare about to unfold less than two miles from our New York headquarters — and at the Pentagon, not far from our Washington bureau.

As a JTA reporter at the time, I wasn’t even in New York that day; I was on vacation in Amsterdam. While I’d like to say I heroically stepped in to report from Europe, the reality is that I watched from the sidelines trying to figure out if I still had a flight home while my colleagues sprung into action. Before the attacks, the big stories had been the anti-Israel hate-fest that had developed at the United Nations’ anti-racism conference in Durban, South Africa. JTA actually tacked a hastily crafted lede referencing the 9/11 attacks at the top of a story about Durban that was published just a few minutes after the planes struck the World Trade Center.

As events unfolded throughout that chaotic day and week, JTA wrote about Jewish victims, heroes and emergency responders; American Jews’ reactions; whether the attacks might enhance Americans’ understanding of the terror threats Israel was facing in the second intifada; and the reaction in Israel.

Rabbi Jay Rosenbaum, a chaplain for the New York State Division of Parole and executive vice president of the North American Board of Rabbis, was ministering to victims’ families in hospitals and at an armory that served as a morgue. He told JTA that the armory “is like walking into a house during shiva. They come with hope in their hearts, but they also come with the realization of what the worst may be.”

Many Jewish federation leaders were in Israel on 9/11 on a solidarity mission:

“The irony is that my wife and everybody else were nervous about me coming to Israel, and now I can’t find out if everyone’s OK,” said Peter May, a Manhattan resident who chairs UJA-Federation of Greater New York’s 2002 campaign.

The 500 UJC mission participants — including a significant contingent from New York’s federation — arrived in Israel on Monday night for a three-day mission to express solidarity with Israel.

“Our primary purpose is to be with our family,” Morris Offit, chairman of the board of New York federation, said on Monday night. “People are living here where every day is a crisis and we want to have a feeling for what they’re going through.”

On Tuesday, they endured a quintessentially Israeli experience, as they scrambled to make sure loved ones hadn’t been affected by the attacks.

Most people couldn’t get through to their homes and offices and didn’t have access to e-mail at the hotel. They stood on line at phone booths, hoping a regular phone line would work better than rented cell phones.

The attacks sparked special trauma among Holocaust survivors. Fred Gompertz, who lived just yards away from the World Trade Center, said the 9/11 attacks “brought back memories of hiding upstairs on Nov. 9, 1938, while Nazi thugs destroyed his father’s clothing store on Kristallnacht.”

Instead of evacuating on Sept. 11, “the 77- year-old retired fashion designer froze instead, sitting alone in his dark apartment for two days until his son was able to rescue him.”

Other survivors also told tales of being traumatized:

“It brings back their vulnerability,” Fogelman said. “It brings back the fact that there is no secure place on this planet, so it creates a lot of anxiety and tremendous fears that make it difficult to have restful sleep.”

With the massive death toll in which bodies cannot be located and the acrid smoke permeating the air for days, the Sept. 11 attacks have special resonance for Holocaust survivors. Fogelman calls it “deja vu of the world they’d thought they’d left behind.”

Later, JTA tracked down another Holocaust survivor, Julia Millman,who lost her 40-year-old son in the attack:

“I have seen it. I know what it’s all about,” said the 76-year-old survivor of Auschwitz, Buchenwald and Bergen- Belsen.
In addition to losing her 40-year-old son Ben in the terror attack on the World Trade Center — he was a construction worker on the 101st floor of Tower One — Millman said the death and devastation revived gut-wrenching memories of her family’s murder in the Holocaust.

As a young girl, Millman was forced to tie a rope around her dead mother’s neck and drag her gassed body to a heap of other victims.

Now those old feelings of motherlessness and abandonment have returned.