From the Archive: Fired from ‘Fiddler’ 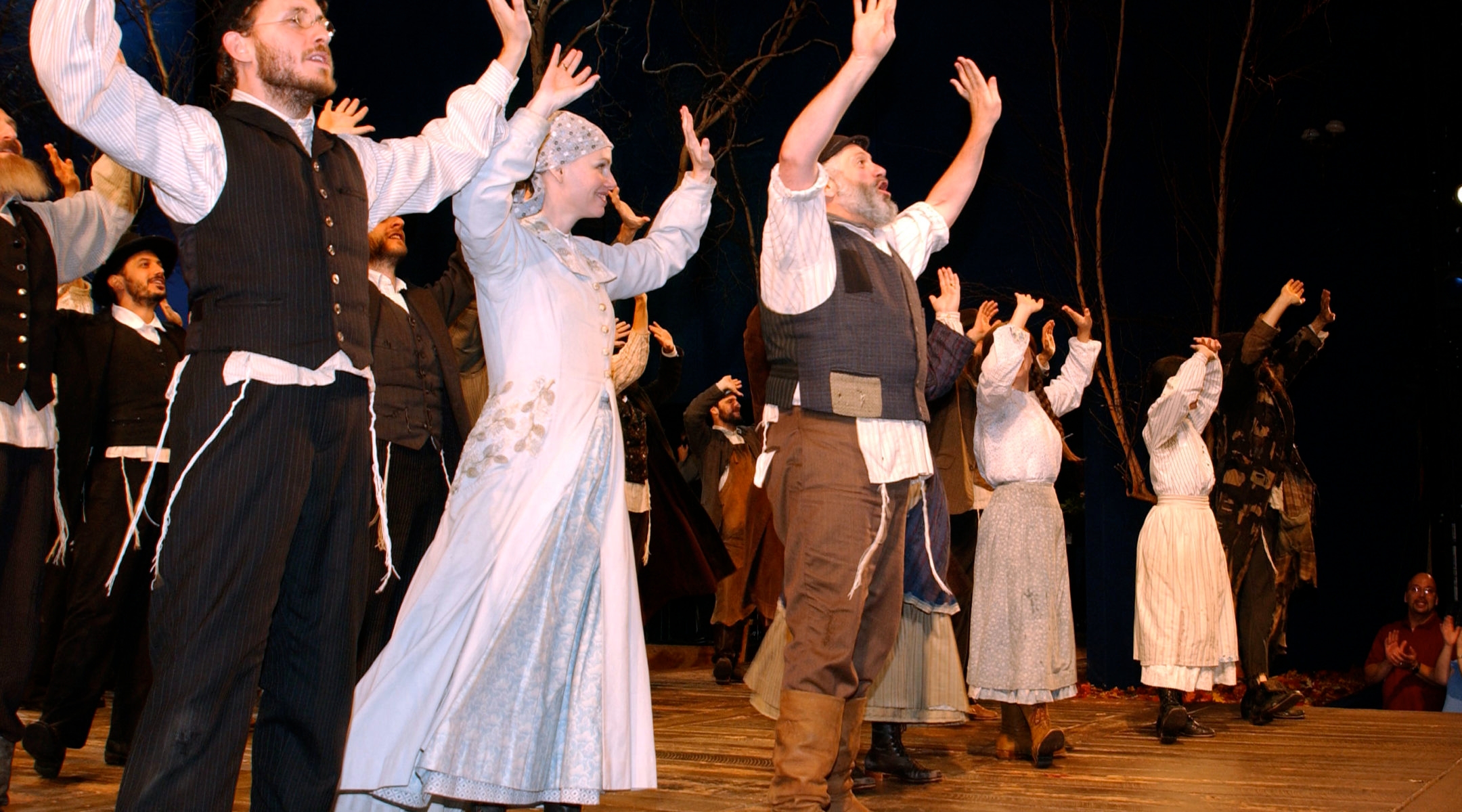 The cast of "Fiddler on the Roof," including actor Harvey Fierstein (C), takes their curtain call on at Minskoff Theater, Sept. 20, 2005 in New York. (Andrew H. Walker/Getty Images)
Advertisement

“Fiddler on the Roof,” which celebrated the 50th anniversary of its Broadway debut this week, has introduced Jews and Judaism to millions of people around the world.

But while the show has embraced “Tradition,” it hasn’t always accommodated those seeking to observe tradition. Two years into its first Broadway run and just one year after Sandy Koufax famously sat out the World Series on Yom Kippur, “Fiddler” fired an actress for taking off to observe the High Holidays.

Ann Marisse, who played Tevye’s oldest daughter, Tzeitel, said she had notified her managers well ahead of time that she would miss for the holidays and had alerted her understudy.

“I made it clear to [the show’s manager] that being the daughter of an Orthodox rabbi and the wife of an ordained rabbi, my religious convictions dictated to me that I observe the Holy Days and absent myself from the show,” Marisse wrote in a letter quoted in JTA.

However, Harold Prince, the show’s producer, countered that Marisse had not requested permission in advance, instead calling in sick at the last minute.

According to JTA’s report, “Fiddler” permitted actors and other personnel to take off “either Rosh Hashana or Yom Kippur but not both.”

Oy, what would Tevye have said?