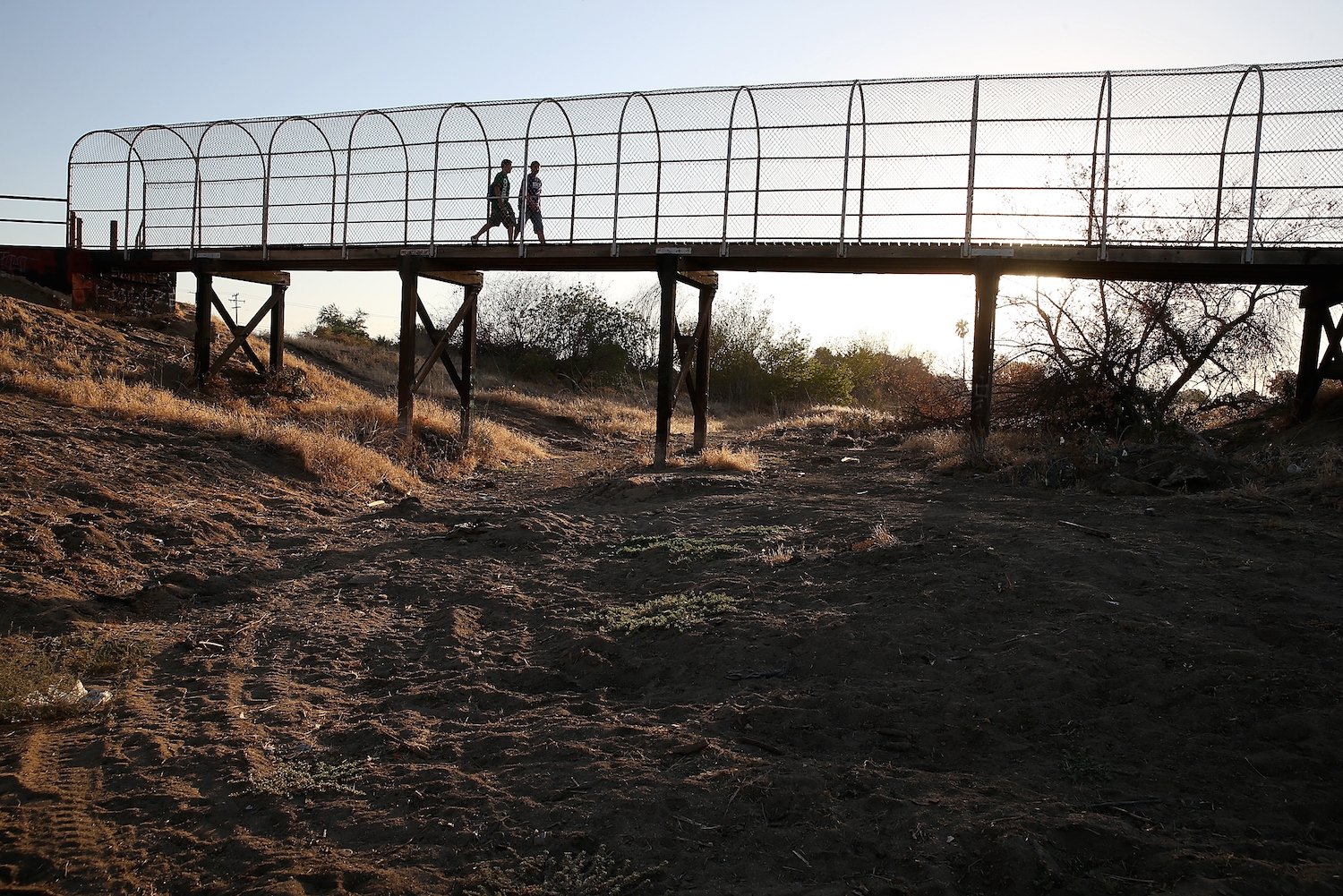 LOS ANGELES (JTA) — Devorah Brous’ San Fernando Valley home is shaded by green trees, studded with 19 fruit trees and patrolled by a pair of affable chickens that strut around the backyard. But at the moment, she is eager to show a visitor her dying lawn.

Comparing the withering grass to a thriving orange tree a few feet away, Brous, the founding executive director of the Jewish-led interfaith environmental and food justice network Netiya, says, “It’s survival of the fittest.”

For Netiya — Hebrew for “planting” — and other Jewish environmental groups, California’s debilitating drought has tied together a number of issues that have been gaining prominence in the Jewish activist community: sustainability, social justice, and ethically and environmentally responsible food production. Their efforts range in size and scope.

In San Diego, the local branch of Hazon is having children paint rain barrels that will capture rainwater for irrigation as part of the environmental group’s Sukkot festivities.

Meanwhile, in Pescadero, south of San Francisco, the group Wilderness Torah, a Jewish community and education nonprofit focused on connecting Jewish ritual with the outdoors, is hosting a panel discussion on water usage as part of its annual Sukkot on the Farm festival. After the panel, there will be a ceremony based on an ancient Temple rite in which the high priest would draw water from the spring and offer it at the altar in hopes of bringing seasonal rains.

Participants circling around a fountain “will bless the waters of the world and call in the rain,” said Suzannah Sosman, festivals manager for Wilderness Torah.

Last year’s Sukkot festival came amid a downpour; organizers are hoping for a similar result this year.

But the main thrust of the work of Jewish groups working on drought relief is water conservation, capture and reuse.

“I don’t think people are necessarily aware of how to save water other than turning off their faucets when they’re brushing their teeth,” Sosman said.

Netiya, which organizes religious communities to create sustainable gardens on underused institutional lands, has installed gardens at 11 congregations around Los Angeles, including at Ikar, where Brous’ sister, Sharon, is the founding rabbi. All the gardens include drip irrigation, a technique invented in Israel to conserve water during the irrigation process.

This summer, Netiya conducted a series of five workshops focused on water conservation and gardening. At a recent workshop, volunteers helped install a water-capture system that will disperse rainwater on the grounds of a Los Angeles church.

At another Netiya event, attendees helped put in place a greywater irrigation system at the home of Devorah Brous that recycles used water from her washing machine and funnels it to her herb garden.

Devorah Brous with her son and chicken at their Southern California home. (Anthony Weiss)

“Every time I turn on the faucet, I’m thinking about all the water that’s not going back into my landscape,” Ashley Sullivan, who is Jewish and who attended the greywater installation, told JTA. “We use so much perfectly good water once, just rinsing our hands.”

For other organizations, water conservation is not simply a response to the drought but a perennial concern.

Urban Adamah, an urban farm and educational center in Berkeley, not only uses drip irrigation but also began roughly a year ago to grow some of its plants using aquaponics, a system that utilizes 80 percent less water than conventional agriculture.

“Even though we’re in a drought now, we’re sort of in a perpetual state of drought in California,” said Adam Berman, the executive director of Urban Adamah. “Our mission is to teach sustainable agricultural practice, of which water conservation is a key part, even in good years.”

Brous, in turn, hopes to spark a broader conversation in the Jewish world about the relationship between food and the environment. In the process, she plans to reach out to Stewart and Lynda Resnick, billionaire residents of Beverly Hills, in a bid to bring them into a conversation about food and resources.

The Resnicks are among the largest landowners in California’s Central Valley, as well as among the largest growers of water-intensive crops such as almonds, pistachios and pomegranates. (A JTA request for comment placed with the Resnick-owned Roll Global Corp. was not returned.)

“Are these boutique perennial crops things that we should be growing in California, or should we grow something else?” Brous asks rhetorically. “There are questions we should be asking.”

Judaism originally grew out of the life of a desert people, and though much of Jewish life has long since moved into towns and cities, its foundational texts still speak of ethical principles for caring for land and water. Brous begins her workshops with relevant readings from the Torah, as well as the Koran and the Christian Bible, and she hopes that they can serve as the basis for a renewed Jewish conversation about water, food and environment.

“It’s still in the text,” she said. “It’s extraordinary spiritual soil to grow from.”