Number: Unknown. A ballpark estimate of 2,500-3,000 converts per year worldwide is cited by the head of the movement’s Rabbinical Assembly, Rabbi Julie Schonfeld, a figure based on an extrapolation from the 350 people the movement says convert every year under its aegis in Los Angeles.

Ritual: Approval by a three-judge religious court, male circumcision (or symbolic drawing of blood) and mikvah immersion. The court judges ideally will be three Conservative rabbis, but it’s not a must. In smaller communities, cantors or suitable community members will do.

Preparation: Several U.S. cities have conversion institutes that run Introduction to Judaism courses. In addition — and in some places instead of classes — conversion candidates will meet with a rabbi one on one. Prospective converts are also expected to become part of the Jewish community, attend synagogue, celebrate holidays and engage with Jewish practice in some meaningful way. A sponsoring rabbi is necessary to complete the conversion.

Requirements: “The prospective convert must renounce all other religious beliefs and practices and commit to living a moral life according to Jewish teaching, having a Jewish household and, if they have children, raising them as Jews,” Schonfeld says. “They must commit to adopt and grow in their observances of Shabbat and holidays and kashrut, to give tzedakah and to engage in Jewish study. The exact minimum requirements for these and other observances vary somewhat from rabbi to rabbi.”

Who’s converting? About two-thirds are non-Jews in an interfaith relationship with a Jew, says Rabbi Adam Greenwald, director of the Miller Introduction to Judaism Program at American Jewish University in Los Angeles. But because intermarriage is so prevalent among Conservative Jews these days (nearly four in 10 Conservative Jews are doing it, according to Steven M. Cohen of Hebrew Union College-Jewish Institute of Religion), partners willing to go the extra step and convert tend to be pretty involved with Judaism, Greenwald says. The other one-third of Conservative converts include spiritual seekers, young people turned on to Judaism through friends in college, the elderly — even single moms looking for a new direction, according to Greenwald.

Attitude toward conversions performed by other denominations: If the conversion meets Conservative requirements, it’s kosher. That generally includes Orthodox conversions and excludes Reform ones, but not across the board. If a Reform conversion included an acceptable three-judge panel, mikvah, circumcision, and a serious course of study and commitment to Jewish life, there are Conservative rabbis who would find it acceptable. 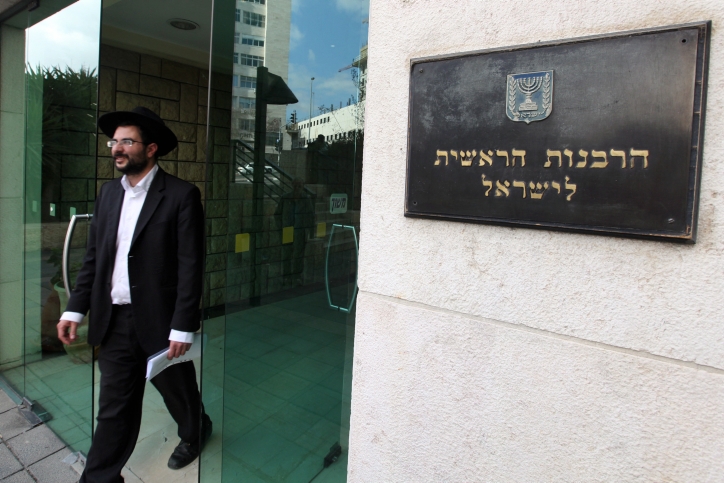 The Israeli Chief Rabbinate, pictured above, does not recognize non-Orthodox conversions, posing problems for Reform and Conservative converts who want to marry in Israel. (Flash90)

Problems: Conservative conversions are not recognized by Orthodox institutions, including Israel’s Chief Rabbinate. So if you immigrate to Israel (the Israeli Interior Ministry accepts Conservative conversions for the purposes of immigration), you probably won’t be considered Jewish by the Rabbinate and therefore won’t be permitted to marry a Jew in Israel. You’ll either have to marry overseas, have an “unofficial” wedding in Israel that won’t be recognized by law or re-convert Orthodox style.

Who is a Jew without conversion: Anyone with a Jewish mother according to Conservative interpretations of Jewish law.