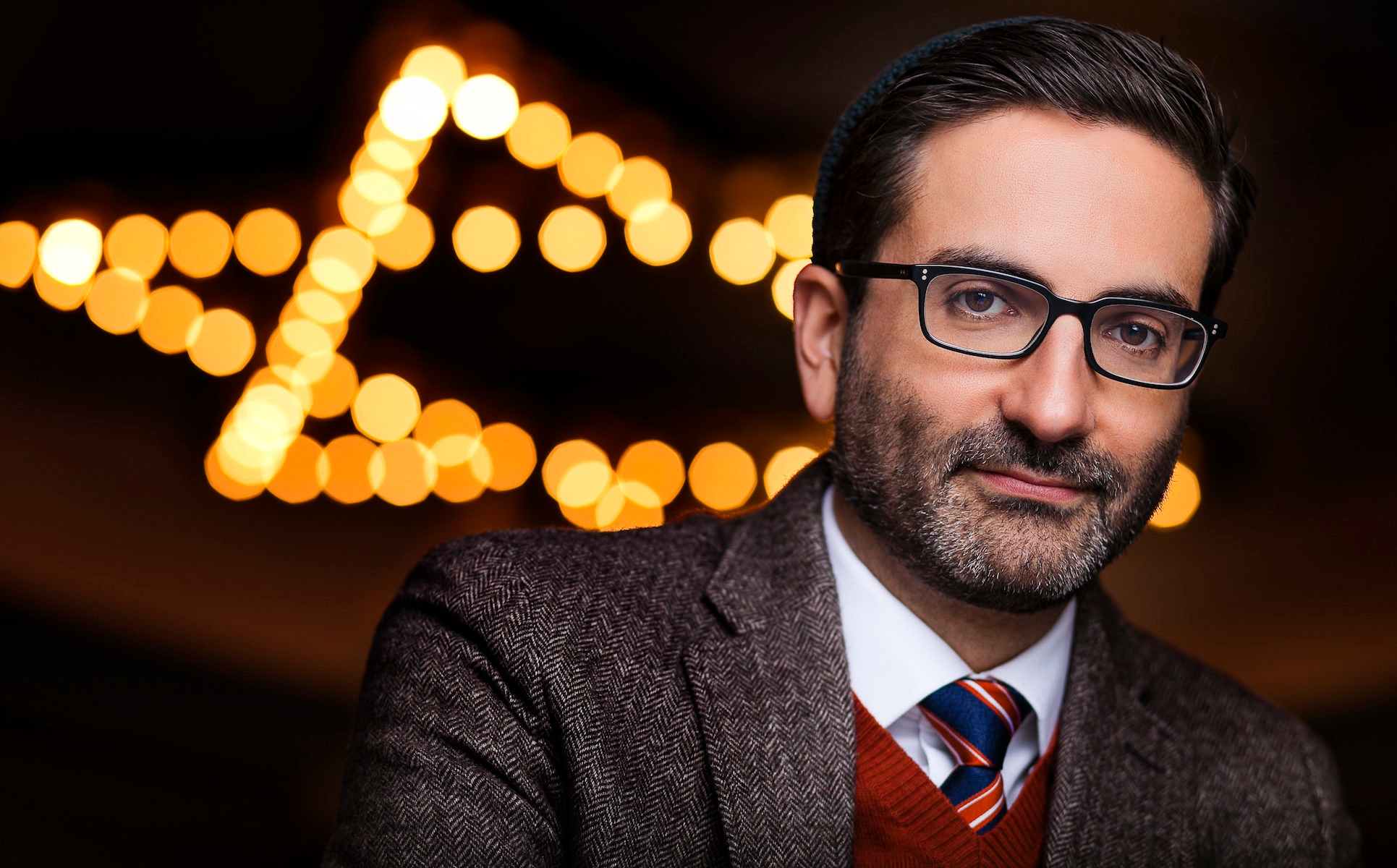 Rabbi Gil Steinlauf says the response to his coming out has been overwhelmingly positive. (Courtesy Adas Israel)
Advertisement

LOS ANGELES (JTA) — Gil Steinlauf, a nationally prominent Conservative rabbi, made headlines this month when he announced to his large Washington, D.C., synagogue that he is gay, and that he and his wife of 20 years would divorce. As surprised as his congregants at Adas Israel may have been by the news, it was Steinlauf, the congregation’s senior rabbi, who found himself stunned by the response to it.

“There’s been so much positive energy from the congregation, and I’m getting a constant flood of emails, calls, texts and Facebook expressing every positive sentiment you could imagine,” Steinlauf told JTA.

In fact, Steinlauf and some of his congregants said the response within the congregation has been exclusively positive, including a supportive letter from the synagogue’s president, Arnie Podgorsky.

Posts on Steinlauf’s Facebook page have come from as far as Israel and South Africa, and have included posts from Conservative movement officials.

“[O]vernight you have also become a role model to LGBT Jews everywhere, in particular within the Conservative Movement,” wrote Aimee Close, the transformation specialist for the United Synagogue of Conservative Judaism, the movement’s congregational arm. “On behalf of all of us, thank you for your courage and your leadership.”

Steinlauf’s proclamation marked the culmination of a long, painful personal journey that included being bullied as a child, years denying his sexuality and a struggle to maintain a loving but ultimately unsustainable marriage. The reaction to his announcement is a culmination for the Conservative movement itself.

Fewer than eight years ago, Conservative doctrine stated that homosexual behavior was antithetical to Jewish law, that gays could not marry or serve as clergy and that a rabbi could be forced from the pulpit for coming out as gay. At Conservative congregations, gays and lesbians were welcome “as individual members.”

Then came the movement’s controversial December 2006 adoption of a responsum declaring that homosexuality was permissible under its interpretation of halachah, or traditional Jewish law. The ruling paved the way for the ordination of openly gay rabbis at American seminaries and for Conservative rabbis to officiate at same-sex weddings.

These changes in the Conservative movement also opened the door for widespread and open acceptance of gays and lesbians within the movement. Coupled with a sea change in American attitudes toward vastly greater support for gay and lesbians, such shifts transformed Conservative Judaism from a realm in which homosexuality was ignored or denounced to one in which, for many younger Conservative Jews, being gay is utterly unremarkable.

Steinlauf, in fact, bridged the two generations, coming of age when awareness of gays and gay issues was changing, but acceptance had not yet come in the Conservative movement.

“When I was at the Jewish Theological Seminary — I graduated in 1998 — there were plenty of gay people there, but they were all closeted because it was not a safe environment to be gay,” Steinlauf recalled, noting that at the time he did not think of himself as gay.

Some movement leaders, too, were aware that there were closeted students in their ranks.

“What we were saying, as the deans of rabbinical schools, was that they had to lie about themselves,” said Rabbi Elliott Dorff, a former dean of the movement’s Ziegler School of Rabbinical Studies at what is now known as American Jewish University in Los Angeles, and now serves at the university as rector and a philosophy professor. “I thought that was just immoral.”

However, the conversation over gay inclusion was starting to shift, particularly at progressive congregations like Adas Israel. Members said that efforts to accommodate gay and lesbian members starting in the 1990s were quiet at first — aliyot for gay couples, changes to membership structure to accommodate gay families.

“It wasn’t as public as it is today, and it wasn’t as talked about,” recalled Toni Bickart, a former president of Adas Israel.

But the momentum was growing, and in 2003, members of the Rabbinical Assembly’s Committee on Law and Standards asked that the issue be brought up again. Following three years of discussions, drafts of opinions and political maneuvering, in December 2006 a majority of the 25-member committee voted in favor of two legal responsa — one stated that homosexuality was halachically acceptable and one said it was not, with each receiving 13 votes. (One rabbi voted for both, in the name of pluralism, and an additional responsum advocating for gay conversion therapy passed as a minority opinion with six votes.)

By the unique rules of the law committee, where any ruling that garners six or more votes is considered valid, it meant that the fight for full gay rights in the movement had ended in triumph.

Proof of the victory came quickly. Most of the members opposed to halachic acceptance of homosexuality resigned from the law committee. The Ziegler School (now led by Rabbi Bradley Artson, whose pro-gay legal opinion had been rejected by the movement back in 1992) promptly announced that gay applicants were welcome; the Jewish Theological Seminary in New York followed suit several months later.

Steinlauf was inspired by the movement’s decision to increase his activism on inclusion for gays as well as other marginalized groups, such as the terrorized residents of the Darfur region in Sudan. He also began to speak about his own experiences in the course of counseling synagogue members, telling gay and lesbian congregants about being called a “faggot” by his peers as a child. It was, he said, part of his journey toward acknowledging that he is gay.

In the meantime, voices of opposition have faded or shifted. Rabbi Danny Nevins, who co-authored the 2006 gay rights opinion alongside Dorff and Rabbi Avraham Reisner, and who now leads the rabbinical school at JTS, said that there had been a changing of the guard, with former opponents either retiring or removing themselves from the debate, and in all cases treating gay and newly out students respectfully.

But there do remain some within the Conservative movement who oppose the shift, arguing that it cannot be reconciled with halachah.

“Sadness and disappointment at the Movement’s inability to be guided by traditional Jewish morality has led me and others to feel that the Conservative Judaism we knew is no longer,” Rabbi Harlan Wechsler, rabbi emeritus at Congregation Or Zarua in Manhattan, wrote in an email to JTA.

Yet even for some opponents, the debate over gay rights, both legal and beyond, has been transformative.

Rabbi Paul Plotkin of Temple Beth Am in Margate, Fla., who opposed the 2006 law committee decision advancing gay inclusion, and who remains unconvinced that homosexuality can be reconciled with Jewish law, said his thinking on the issue, and his encounters with gay individuals, changed how he understood and interacted with gay people.

“My personal interactions, my overview, my understanding have dramatically evolved to become much more accepting,” Plotkin told JTA. “After a while, ‘gays’ stopped being a title. They changed to being people.”