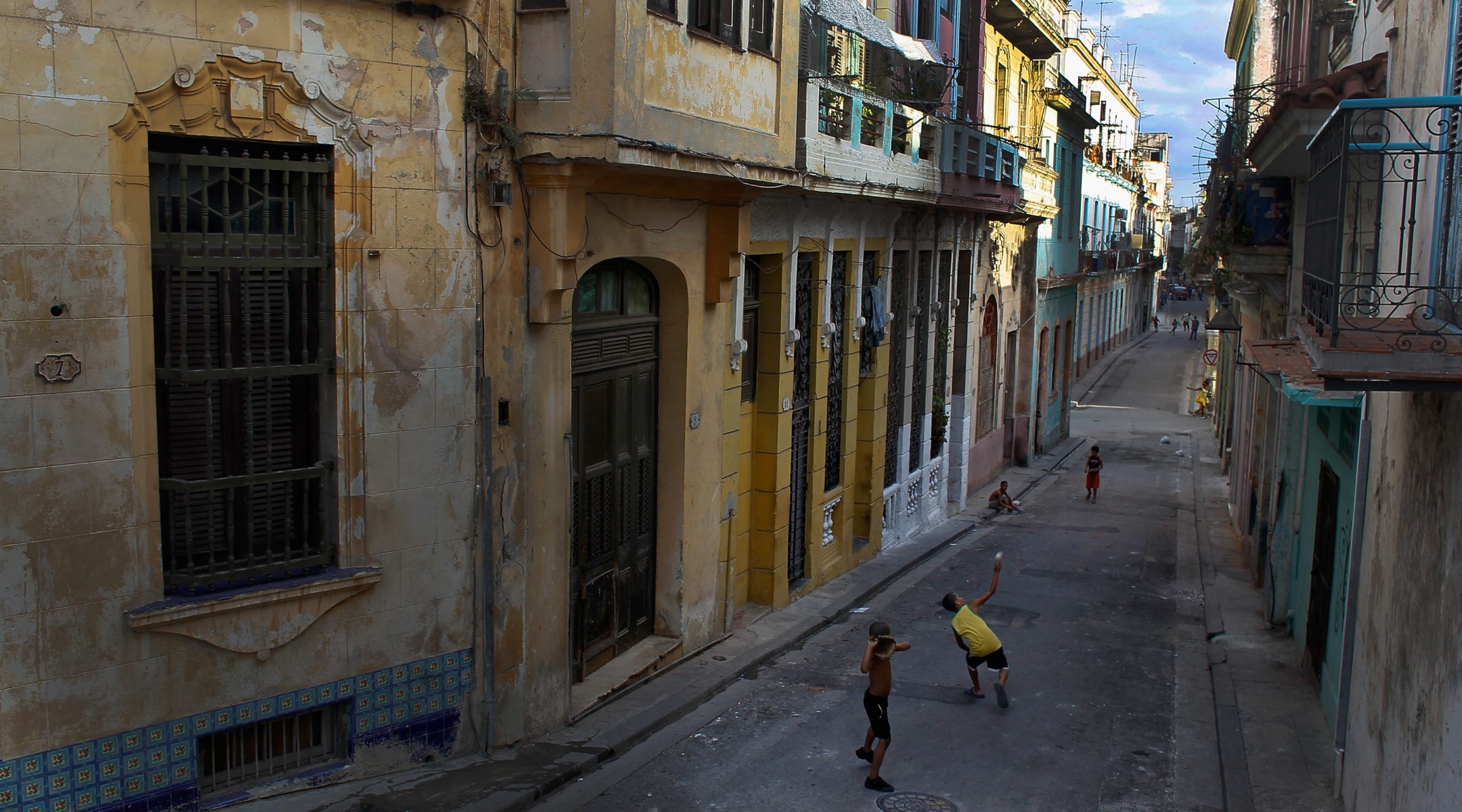 Children play a game of baseball in the streets on March 24, 2012 in Havana, Cuba. (Joe Raedle/Getty Images)
Advertisement

(JTA) – To the dismay of baseball fan Kit Krieger, future travels to Cuba will no longer include get-togethers with ex-Washington Senators pitcher Connie Marrero.

Marrero, who played for Washington from 1950 to 1954, died in Havana last April at age 102, a few months after Krieger’s last visit and three years after Krieger helped arrange for Marrero a $10,000 annual pension from Major League Baseball.

Theirs was a special friendship, one of many forged by Krieger, a Vancouver resident who will return to Cuba in late February — his 30th visit there beginning with a 1997 trip related to his job with the British Columbia teachers federation. That trip spawned a love affair with the country and its baseball scene.

Krieger, 65, would go on to found Cuba Ball, a company bringing baseball-mad tourists to the island nation — a venture begun really to enable himself to visit affordably with groups. 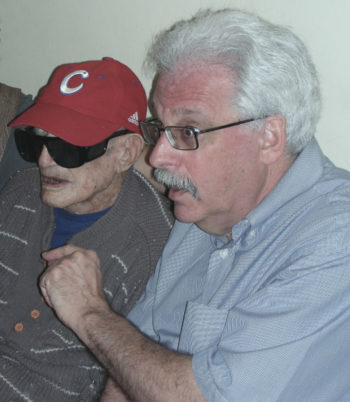 With President Obama’s Dec. 17 announcement on renewing diplomatic relations broken off by the United States in 1961, Krieger sees a double-edged sword: Cuba will emerge from U.S.-imposed isolation, but the country’s professional baseball scene could ultimately disappear, like America’s Negro Leagues following the integration of Major League Baseball.

In the near term, he figures, Cuban baseball will remain unchanged, since the country can hardly be expected to allow foreign teams to poach its premier talent — at least not without hefty payments, as in Japan. Individual players, Krieger adds, are unlikely to risk defecting while knowing that renewed diplomacy could prompt Washington’s lifting of an economic blockade, enabling them to legally sign lucrative contracts abroad.

Following Obama’s announcement, MLB released a statement saying that it will monitor whether the policy shift affects “the manner in which [teams] conduct business on issues related to Cuba.”

Krieger says he sees Cuba as “the largest pool of untapped baseball talent in the world, and no one knows if [the news] will open this pool.” But he fears “the beginning of the end” of a Cuban baseball reality caught in a sweet time warp evoking America of the 1890s. Eventually, Krieger says, Cuban baseball “will become integrated into the international baseball community, which it isn’t now.”

His love for Cuban baseball led him more than a decade ago to join the Society for American Baseball Research, where he recruited like-minded fans for the trips. He’s similarly passionate about family history, frequently conducting research on Jewish genealogy websites. Thanks largely to meticulous records kept by his ancestors, Krieger (his given first name is Ernest) can trace several branches in Poland and Germany back to 1700.

“I can even tell you the name of my grandfather’s mohel,” he quips.

Krieger’s baseball and genealogy interests at times have coincided: His late mother, Ann Kohlberg, grew up in an apartment building at 320 Riverside Drive in Manhattan, across the hall from New York Giants star Mel Ott. Kohlberg’s cousin, Don Taussig, went on to play outfield with the franchise after its move to San Francisco.

While Krieger doesn’t usually seek out Jewish residents or sites while in Cuba, another Jewish traveler, retired professor Oscar Soule, does.

Soule, of Olympia, Wash., who will be traveling with Krieger to Cuba in February, has been to the Caribbean nation five times and makes a point of going to a Havana synagogue on each visit. The draws for him are the baseball games and meetings with government officials, as well as such diamond legends as Omar Linares and Victor Mesa that wouldn’t happen without Krieger.

Marrero, a 5-foot-5 right-hander who posted a 39-40 record in the majors and made the American League’s All-Star team in 1951 at age 40, benefited from Krieger’s attention in his final years as he lost his eyesight and hearing. Krieger solicited notes of appreciation from the aging pitcher’s American contemporaries, all of whom Marrero fondly remembered. More than 90 letters arrived, and scores more for Marrero’s 100th birthday, including from Hall of Famers Yogi Berra, Whitey Ford, Tommy Lasorda, George Kell and Harmon Killebrew.

“Kit is a darned nice guy who’s helpful and doesn’t expect anything in return,” says Eddie Robinson, a former official with the MLB Players Alumni Association and a Senators teammate of Marrero who played a key role in securing the pension, to which Marrero had not been entitled previously because he wasn’t vested.

Two or three of the four pension payments were delivered by former major leaguer Stan Javier, a resident of the nearby Dominican Republic, Krieger says.

Of Krieger, ex-pitcher Steve Rogers, who works for the Major League Baseball Players Association, says he “was always available to do everything he could to help” in the Marrero case.

With Marrero gone, Krieger is seeking to raise $69,000 for new plaques honoring the members of Cuba’s Hall of Fame. Upon hearing Obama’s announcement last week, Krieger asked Cuba Ball clients to make a Marrero plaque the first priority. During the February visit, Krieger plans to begin working to identify a proper building for the Hall, which is now housed in Havana’s Estadio Latinoamerican.

There will be games to attend, too. Cuban baseball games have far more character than the typical corporate stadium American game. Scorecards and souvenirs are not sold, but makeshift bands entertain the fans.

“I went to a game in San Cristobal, in western Cuba,” Krieger recalls. “A guy hits a homer to win the game, gets on his bike to go home and gets stopped by a fan who gives him a live chicken.

“They’d played on a chain-link-fence field. The seats were concrete slabs, and everyone else watched from the beds of pickup trucks. It was not even a sandlot — it was a farm game.

“For the baseball purists,” he says, “those who love to go to Cuba, it’s a unique baseball culture.”