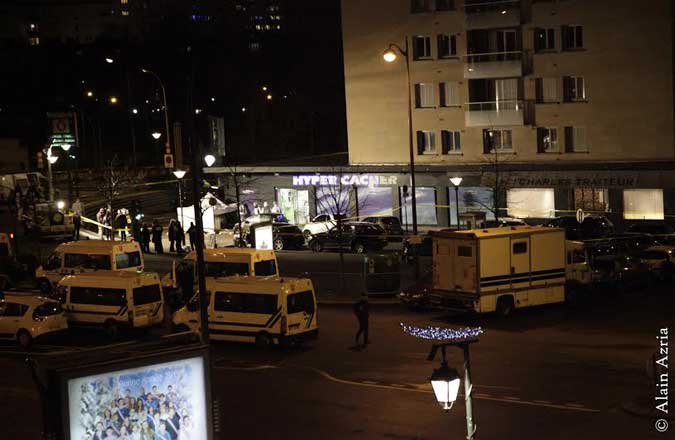 PARIS (JTA) — The four fatalities at the attack on a kosher shop in the French capital were all Jews, the CRIF umbrella group of French Jewish communities said.

“These French citizens were struck down in a cold-blooded manner and mercilessly because they were Jews,” read the CRIF statement sent out on Saturday.

According to testimonies of people who survived the attack on the Hyper Cacher kosher supermarket, the four people killed during the incident were shot in the early stages of the seven-hour standoff, which ended when police stormed the shop and killed the hostage taker — a 32-year-old man identified as Amedy Coulibaly.

French police believed he was an Islamist who was a member of the same cell as Cherif and Said Kouachi, who are believed to have gunned down 12 people Wednesday at the offices of the Charlie Hebdo weekly. They were killed in a separate takeover by French special forces north of Paris. The two brothers were holed up at a printing shop.

A vigil in memory of the victims of the kosher shop attack is planned to take place Saturday night in front of the Hyper Cacher supermarket.