With launch of four new camps, specialty sector is booming 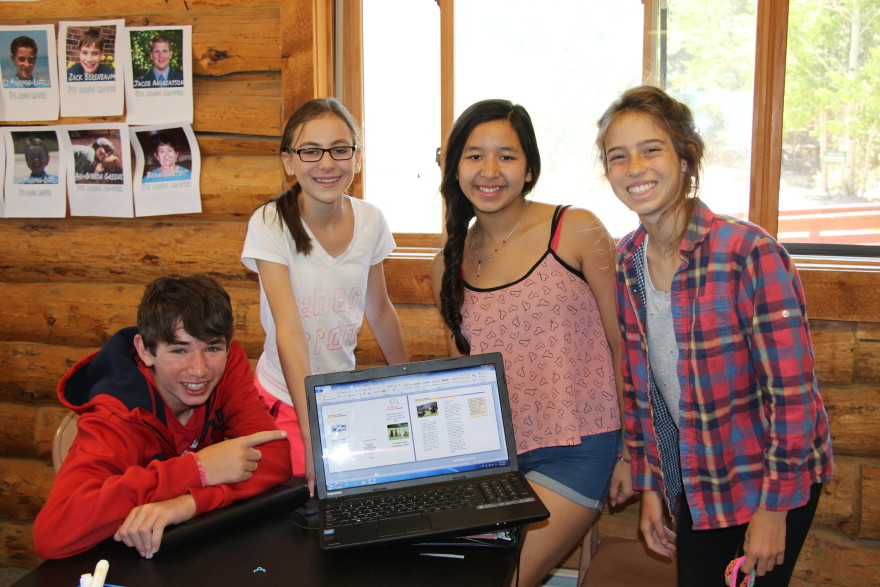 Campers at Camp Inc. create a brochure for their company "Underdog," which pairs troubled teens with rescued or abused dogs. (Courtesy of Camp Inc.)
Advertisement

Kellner, the director of URJ Six Points Sci-Tech Academy in Byfield, Mass., a Jewish science-themed camp in the Reform movement’s network, knew his campers were more interested in science than singing, so he devised what he calls the “Boker [Hebrew for “morning”] Big Bang.”

“Instead of singing a closing song [at the flagpole], we – well, we blow something up,” Kellner said.

That “something,” whether it is dry ice or a different element of a chemical reaction, is of course part of a controlled scientific experiment.

Six Points Sci-Tech Academy, which focuses on science and technology, is one of four new camps developed under the auspices of the Foundation for Jewish Camp’s Specialty Camp Incubator II, a program to help launch and grow new Jewish camps focused on particular themes.

The four – the others are JCC Maccabi Sports Camp, Camp Zeke (a health and fitness camp) and Camp Inc. (an entrepreneurship camp) – opened last summer, four years after the FJC’s first incubator launched five specialty camps, including ones focused on sports, environmentalism and outdoor adventures. 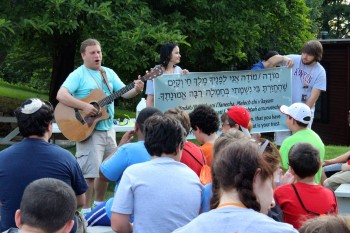 The thinking behind the incubator, which provides financial resources, mentoring and other support, is to encourage kids and teenagers, particularly those with special interests they could not have explored previously at a Jewish camp, to have a Jewish summer experience.

Early on, the new camps have been a success, with all but one (JCC Maccabi Sports Camp, which had a modest shortfall) meeting – and several exceeding – their goals for enrollment and camper retention. The new camps have also inspired several established Jewish camps to add specialty tracks and programs. For example, the New Jersey Y network of camps now offers multiple specialty tracks in the arts, science and sports, among them filmmaking, lacrosse and physics. Camp Ramah in the Poconos now has basketball and tennis “academies.”

The specialty camps have succeeded in recruiting people who might not otherwise consider Jewish camp: Of the more than 4,000 campers who have attended the FJC incubators’ nine specialty camps since 2010, half said it was their first Jewish overnight camp experience.

Campers at Camp Inc. create a brochure for their company “Underdog,” which pairs troubled teens with rescued or abused dogs. (Courtesy of Camp Inc.)

Comprehensive data on the second set of specialty camps has not yet been released, but the early numbers are promising: 520 campers enrolled in the four new camps last summer. Enrollment at the first five specialty camps, which launched with a total of 590 campers, has grown steadily, with 1,575 campers attending in 2014.

The second round of specialty camps benefited from lessons learned the first time around, said Michele Friedman, the FJC’s director of new camp initiatives, who noted that the first incubator was an “experiment.”

This time, camp directors addressed their business operations – from fundraising to building their boards – early in the process. While many non-Orthodox Jewish educational programs have trouble recruiting boys, two of the new specialty camps had the opposite problem.

At Six Points Sci-Tech, Kellner’s biggest obstacle was recruiting girls, which he said is also a struggle for most secular science camps. Of the 160 campers, only 27 were girls.

However, 40 girls have already signed up for this summer, and it is still early in the registration process.

Josh Pierce, the director of Camp Inc. in Boulder, Colo., had similar trouble. He estimated that only 30 percent of his 85 campers were girls, but he pointed out that next year’s group will be closer to 40 percent female.

Camp Inc. is structured to culminate in a “Shark Tank”-like presentation: Last summer’s campers formed teams, worked on an idea for a business and then presented their plan to a panel of professional entrepreneur judges. The judges included “Punkass,” a founder of the popular Tapout clothing line.

Directors of the new specialty camps say they plan to expand their offerings this summer in response to camper requests.

“At a new camp, nothing ‘just kind of happens,’” Mamaysky said. “You have to make it happen.”