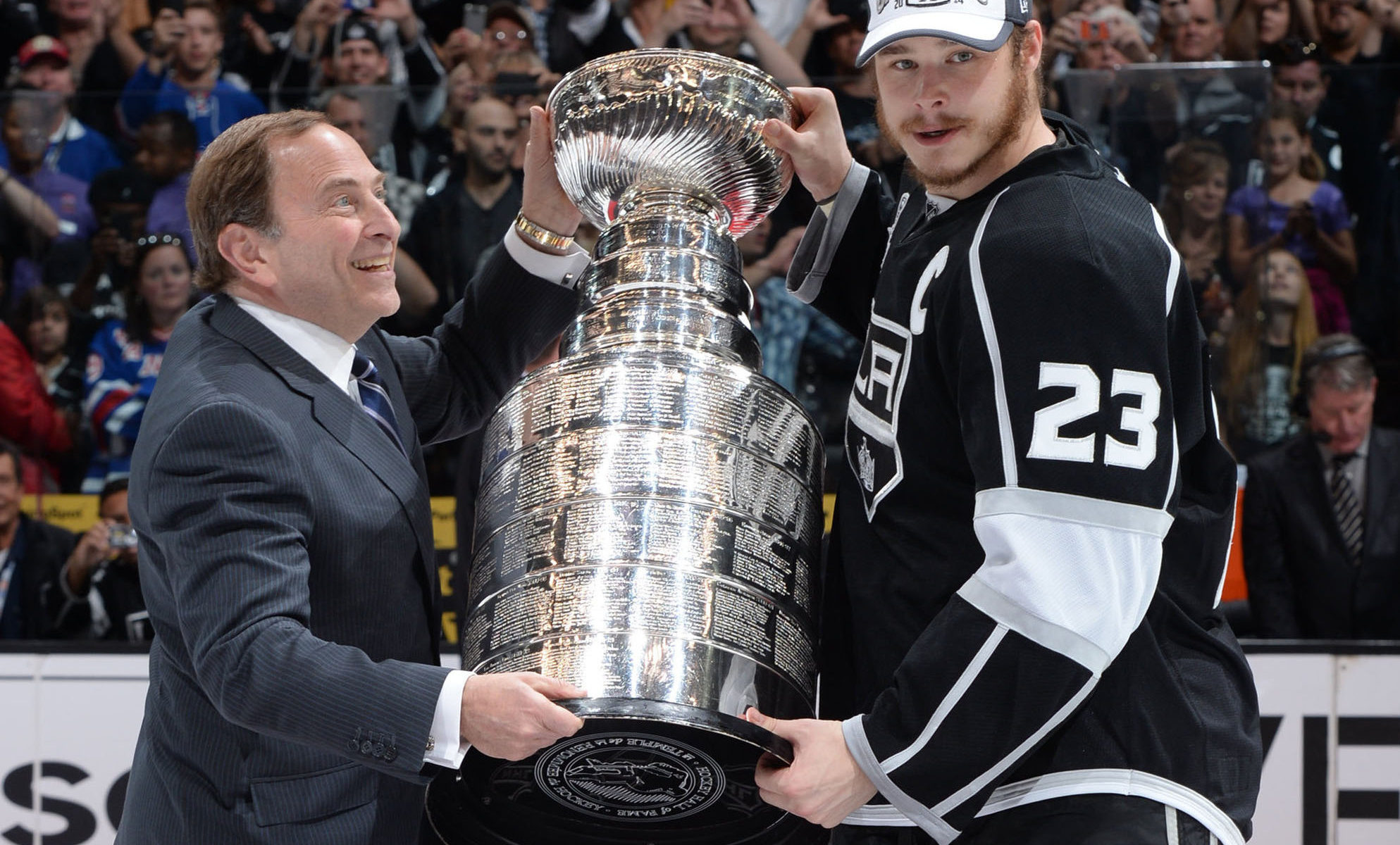 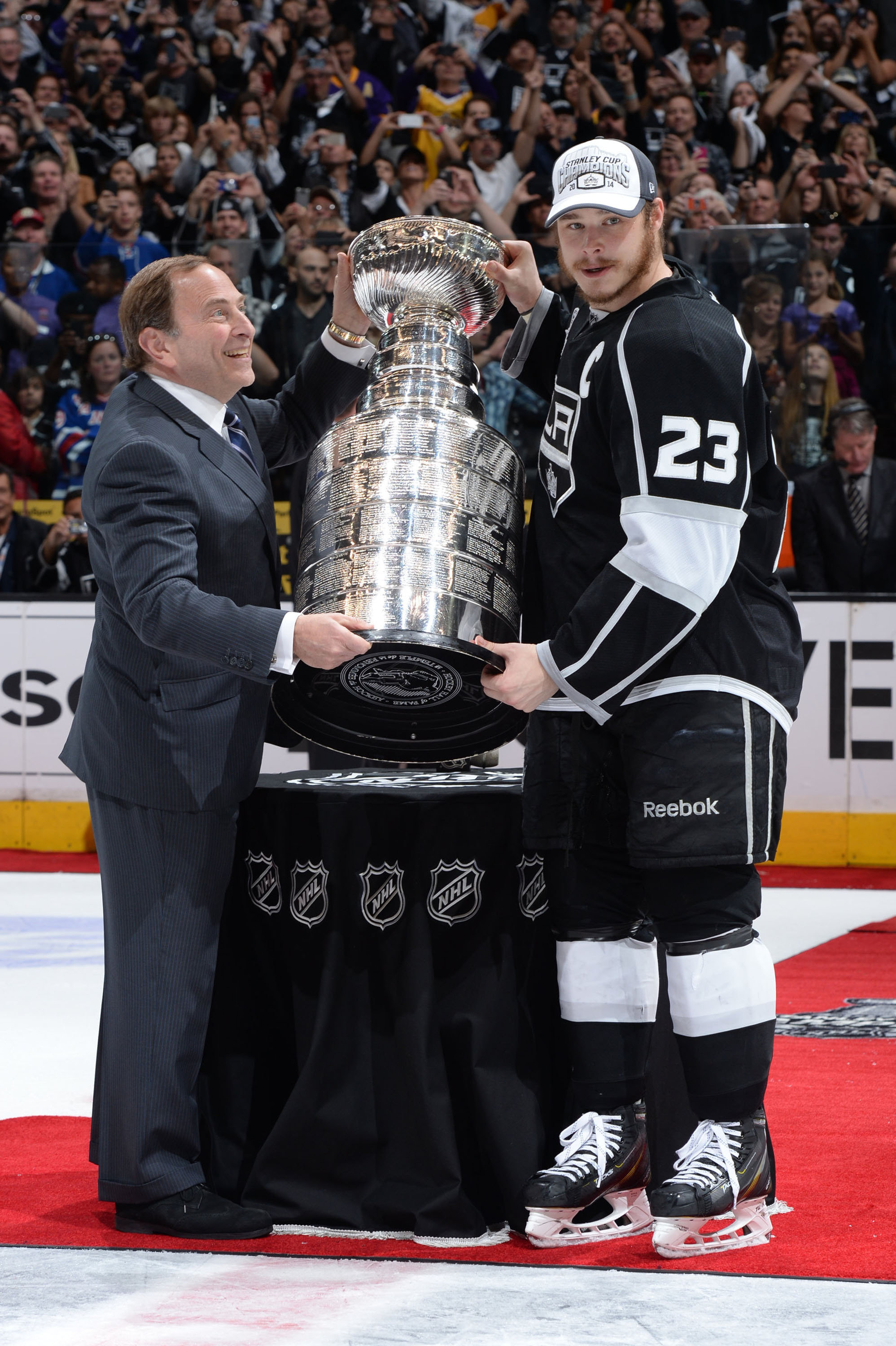 (JTA) – In the late 1960s, Gary Bettman would finish classes at his Queens high school, take the subway to Madison Square Garden and whip out his student ID card to land a ticket for 50 cents to a New York Rangers game. He’d sit in the arena doing his homework until the game began and he could cheer on favorite players like Rod Gilbert and Eddie Giacomin.

Though the Rangers were a storied hockey club, Bettman was drawn to the newer franchises.

Growing up in a single-parent home, “I didn’t have the passing on of [fandom from] generation to generation that a lot of kids did, so I would tend to gravitate toward expansion teams so I would have instant history,” Bettman, the National Hockey League’s commissioner, told JTA in a telephone interview from his Manhattan office.

“At the time, I didn’t realize what I was doing. As I reflect back on it, it makes sense.”

On Feb. 1, Bettman will mark his 22nd year as NHL commissioner, his longevity trailing that of only five others — including ex-NBA chief David Stern — in the annals of America’s four top sports leagues. Stern had hired Bettman at the National Basketball Association more than a decade before Bettman took the reins of the hockey league.

On Thursday, Bettman, 62, was recognized by the Jewish Theological Seminary of America with the Louis Marshall Award — the first time the New York institution has bestowed the honor for “exemplary ethics and communal commitment” on a sports figure.

Sports fandom shares with religious observance “a veneration of the past, a profound appreciation of the present and a devotion to the future,” Bettman said at the JTS event. “Years may pass, faces may change, but the commitment to the cause endures.”

Bettman’s leadership – a “passion for what he does and inspiring passion in other people” – along with his strong Jewish identification made him a natural honoree, said the JTS executive vice chancellor, Marc Gary.

In 2013, Bettman experienced another first with his visit to Israel, meeting hockey players practicing for the 19th Maccabiah Games. He and his wife, Shelli, along with several Jewish owners of NHL teams, funded the new sideboards and protective glass to bring the Maccabiah’s rink, in the northern city of Metulla, up to standard.

Of the experience, Bettman said, “It was very special to see the Jewish world come together in Metulla.”

Being in Israel was “overwhelming,” he said – not only spiritually, but also grasping the country’s security concerns.

“It’s almost like you have to see it to truly understand it. The analogy I came back with was imagine that New York and New Jersey are at war, and there’s no Hudson River [between them],” Bettman said.

Nor has harmony prevailed throughout Bettman’s NHL tenure, with the 2004-05 season canceled by the league’s lockout of players, the 1994-95 and 2012-13 seasons slashed from 82 regular-season games to 48 due to lockouts and a players’ strike occurring two months after Bettman took over in 1993.

But the most recent union-management contract guarantees at least six more complete seasons, attendance is up and lucrative television deals in the United States and Canada are in place. As the NHL prepares for this weekend’s All-Star festivities in Columbus, Ohio, its annual revenue stands at $4 billion, compared to $437 million when Bettman became commissioner.

As to the booing he regularly encounters in arenas, Bettman is blase.

“You understand that if you went out and it was silent, it would be worse,” he said, laughing, “because passion is what we’re all about.”

“It’s part of the sports landscape. It’s nothing that any of us in these positions takes personally.”

Toronto Maple Leafs owner Larry Tanenbaum, who first met Bettman when the former sought to land an NBA expansion franchise (Tanenbaum owns the Toronto Raptors), said he recalled thinking that Bettman was “smart as can be, an excellent communicator and very focused,” and he’s “certainly sharpened those skills as commissioner of the NHL.”

“He works for the benefit of all 30 teams,” said Tanenbaum, who accompanied Bettman to Israel. “That’s what a good commissioner does. It’s not an easy job; it’s sometimes like herding cats.”

“Financially, the owners, players and everyone in the sport are certainly in a better place than we were years ago,” he said.

Vinik added, “I’ve learned a lot from him about how to be a better owner.”

One of Bettman’s priorities is advancing the league’s charitable efforts, including NHL Green, a pro-environment program; Rock and Wrap It Up, which has all 30 teams donating unsold prepared food from games to local shelters, totaling 160,000 meals annually; and Hockey is for Everyone, promoting youth hockey.

“We believe that sports leagues and teams are an opportunity to give back to the community, do good works, but also raise consciousness on a variety of initiatives that are important,” Bettman said.

He’s not sure he can trace that ethos to his upbringing.

“I’m a function of everything I am and I’ve experienced. Being a Jew who was bar mitzvahed is part of it; being a Jew whose family celebrates the important holidays is part of it,” Bettman said. “Somewhere in the depths of what makes me is that component.”

Trained as a lawyer, Bettman began working for a firm specializing in labor issues, which involved dealings with the NBA. He hardly aspired to work in the sports world, however.

“Anybody who says they start out determining this is going to be their career needs to be severely medicated,” he said. “The opportunities are limited. This is not something I planned on.

“Obviously I had a background that was suited to the opportunities that presented themselves, but there was no way to count on the fact that those opportunities [would] actually happen,” he said.

Back in 1981, when Stern brought him from the Proskauer Rose law firm to the NBA, the association’s office consisted of just 25 employees, Bettman said. When he left for the NHL a decade-plus later, more than 700 employees worked there.

Timing was everything, right at “the transition of sports into big business, big entertainment companies,” he said. “I was fortunate enough to be there at a time when sports leagues – as an entertainment product and media companies and marketing companies – were about to evolve.

“We’ve gone through, for the last eight or nine years, record-breaking seasons of attendance and revenues. This is another strong season. Our franchises have never been more solid, our ownership never stronger.”