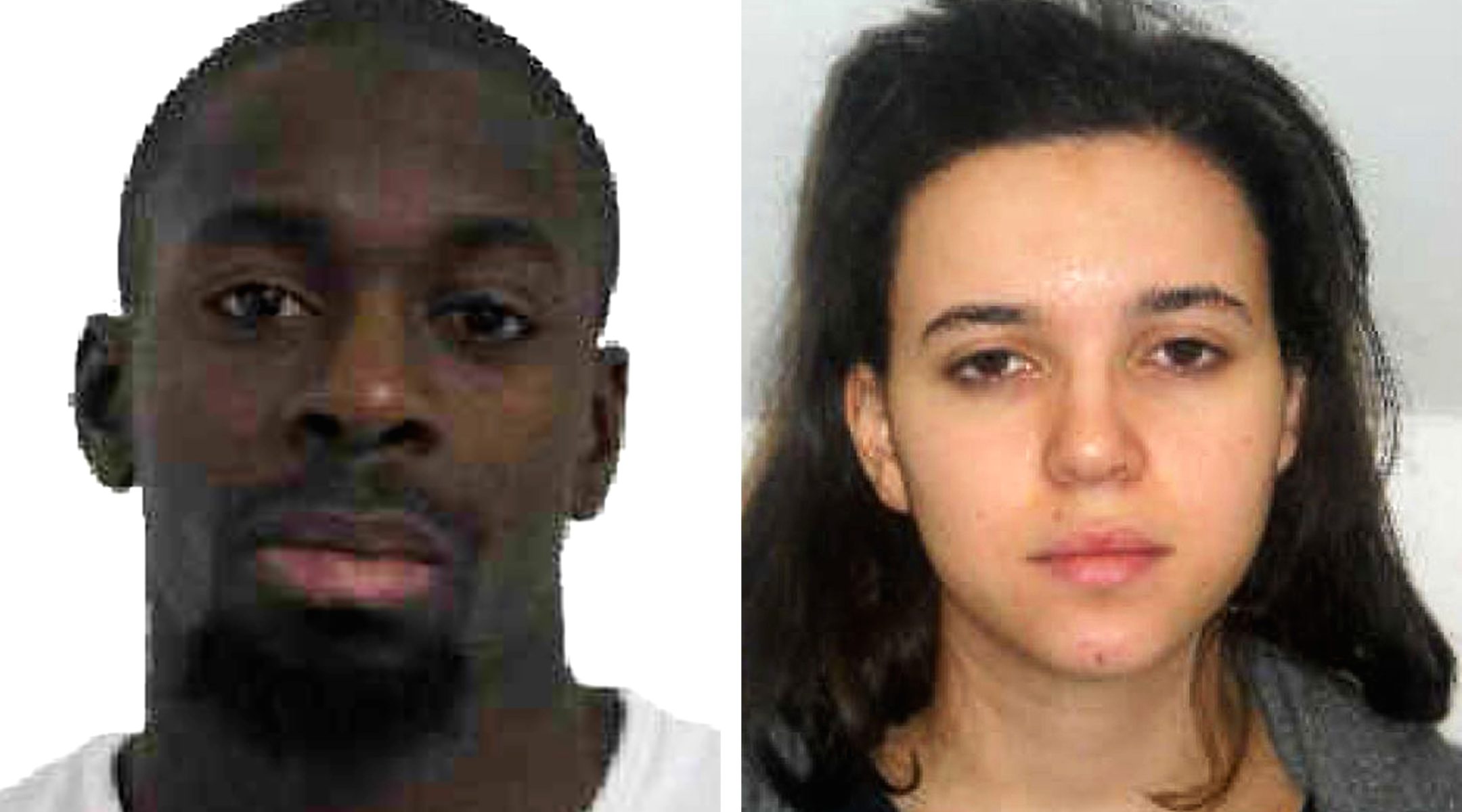 Pictured in this composite of handout photos provided by the Direction Centrale de la Police Judiciaire on Jan. 9, 2015 are Amedy Coulibaly, aged 32, (L) who is wanted in connection with the shooting of a French policewoman yesterday and suspected as being involved in the ongoing hostage situation at a Kosher store in the Porte de Vincennes area of Paris, and known associate Hayat Boumeddiene, aged 26. (Direction centrale de la Police judiciaire via Getty Images)
Advertisement

(JTA) — The widow of the terrorist who killed four Jewish men at a kosher supermarket siege in Paris apparently is in Islamic State territory.

Hayat Boumeddiene, the wife of slain Hyper Cacher gunman Amedy Coulibaly, was interviewed by a magazine run by ISIS, Reuters reported. It was the first evidence that she fled to Syria following the Jan. 8 attack on the kosher market. French authorities began searching for her following the attack.

The ISIS-supported, online French-language magazine Dar al-Islam published an interview with an unnamed woman it said was Coulibaly’s widow. Police killed Coulibaly at the kosher market.

Boumeddiene in the interview confirmed that her husband had been a supporter of the  Islamic State.

She has been shown in photos published in French media wearing a full veil.