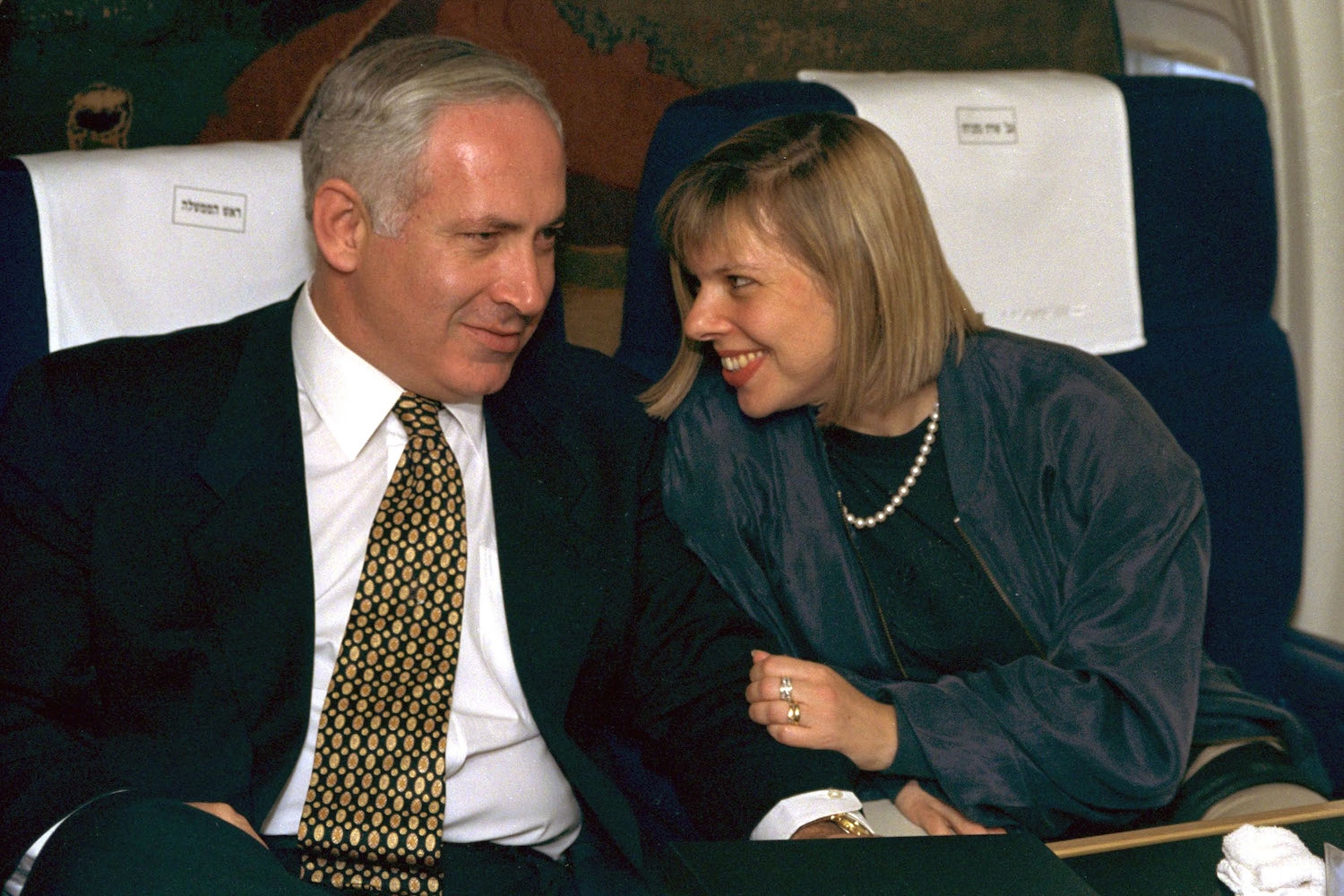 Prime Minister Benjamin Netanyahu with his wife Sara Netanyahu on board an Israeli Air Force jet, en route to a state visit to the United States July 9, 1996, soon after being elected prime minister. (Yaakov Saar/GPO via Getty Images)
Advertisement

A close election in which exit polls initially suggest a Labor win. Benjamin Netanyahu emerging triumphant. The Democratic president of the United States, who had been rooting for a more dovish candidate, grudgingly sends congratulations. Sounds like the news from this past week, right? It was also the scenario 19 years ago, when Netanyahu, then 46, first won the premiership, becoming Israel’s youngest prime minister.

Like last week, the initial exit polling data on May 20,1996 didn’t look good for the Likud leader. President Bill Clinton’s administration, which had made clear its preference for Netanyahu’s rival, Shimon Peres, breathed “an audible sign of relief,” JTA reported:

“Whatever decision” Israeli voters make, “obviously all countries will accept and respect,” Clinton said on the eve of the election.

“But if they decide to stay with peace, we will do what we can to make sure they can have security, as well.”

Like last week, the idea of a national unity government was floated — and quickly rejected.

The Israel Radio quoted senior Labor officials as having raised the possibility of a national unity government in light of the close race.

“You are talking about two parties with two entirely different sets of principles,” he told Israel Television.

Netanyahu’s win was a disappointment not just to Clinton and, of course Peres, but to the widow of former Prime Minister Yitzhak Rabin, who had been assassinated by a right-wing Israeli just six months earlier:

Describing her feelings about a Netanyahu victory, [Leah Rabin] told Israel Television, “I am looking at where I keep my suitcases. I feel like packing my bags and flying as quickly as possible away from here.”

Like last week, Arab parties gained slightly: The Democratic Front for Peace and Equality, a Jewish-Arab list also known as Hadash, won five seats, up from three. The United Arab List, an Arab grouping that included the Islamic Movement, gained two seats, for a total of four.

When the time comes to sit down and hammer out strategies, the Clinton and Netanyahu administrations “most likely will find themselves 180 degrees apart,” said a senior U.S. official who asked not to be identified.

Although it is still too early to know exactly how Netanyahu will proceed, both current and former U.S. diplomats agree that tensions are likely to flare as the new prime minister begins to face tough policy choices on issues such as withdrawal from Hebron, expansion of settlements and talks with Syria.

Syria, of course, is one major difference between 1996 and 2015: At the time of Netanyahu’s first win, Israel and Syria were in discussions over a potential return of the Golan Heights in exchange for full diplomatic relations. Now, with Syria engulfed in a lengthy and bloody civil war, and much of its territory controlled by the fundamentalist Islamic State, the idea of Israel-Syria negotiations is unfathomable.

Relationships “sometimes weigh more than disagreements over policy issues,” Yoram Ettinger, former congressional liaison at the Israeli Embassy in Washington during the [Yitzhak] Shamir government, said, adding: “There is a good personal relationship” between them, dating back to when they first met during the 1992 U.S. primaries.