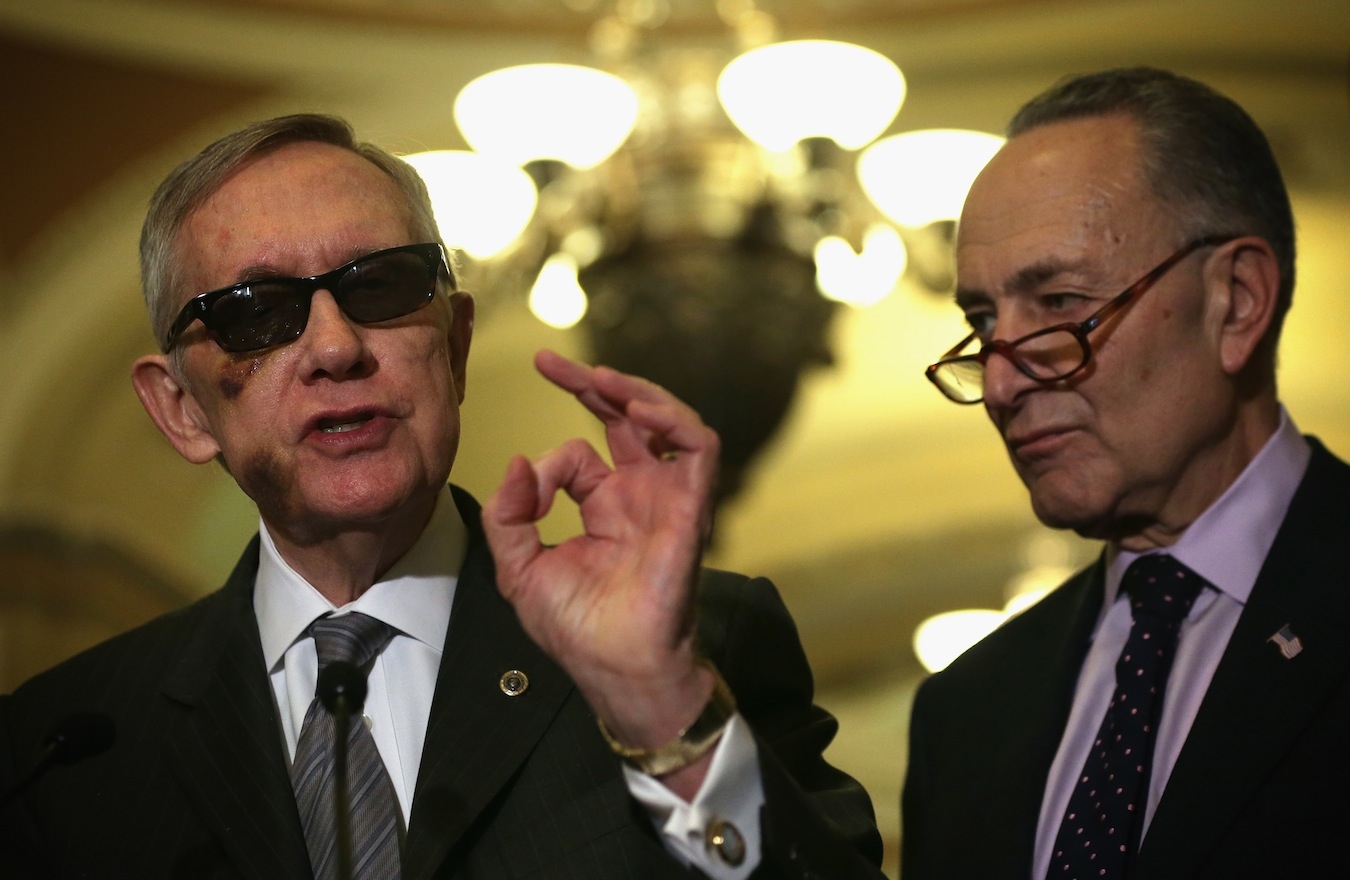 Reid, who announced Friday he would not seek reelection to the Senate, made the endorsement in an interview Friday with the Washington Post.

“I think Schumer should be able to succeed me,” Reid told the Post.

Schumer, the senior New York senator and the third-ranking Democrat in the Senate, is a leading pro-Israel lawmaker and is Jewish. Reid predicted that Sen. Richard Durbin (D-Ill.), the current minority whip, would stand down in favor of Schumer. Reid and Durbin spoke by phone Friday morning, the Post reported.

Reid, who suffered a serious accident while exercising earlier this year, told the New York Times that his decision to retire was unconnected to the accident, nor to his demotion to minority leader following the loss of the Senate majority by the Democrats in midterm elections.