From the Archive: Niv Asraf wasn’t the first Jew to fake a kidnapping 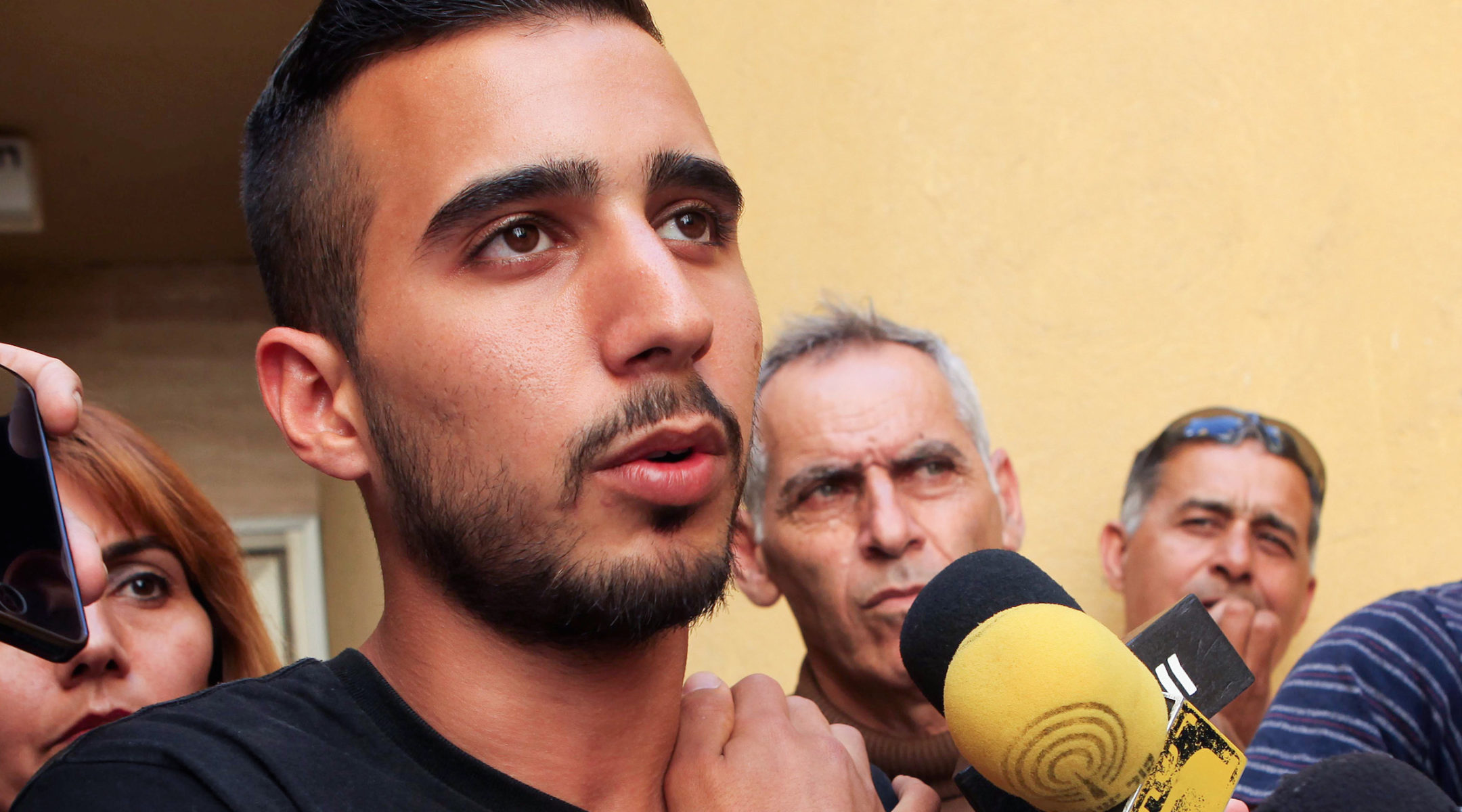 Niv Asraf speaks at a press conference outside his family home in Beersheva,April 6, 2015, a few days after he was found in Kiryat Arba after being falsely reported as missing. (Flash90)
Advertisement

Twenty-two-year-old Niv Asraf recently became, as he put it, “the most hated person in Israel” for faking his own kidnapping in the West Bank and needlessly triggering a costly rescue effort.

He’s not the first Jew to pull such a stunt. In 1997, Israeli businessman Ya’acov Schwartz, disappeared for several days, abandoning his car near the Gaza border. After the 63-year-old was found in the southern Israeli city of Ashkelon, he claimed terrorists had abducted him. But police became suspicious when they observed discrepancies between his account of events and testimony gathered from witnesses. Efforts to locate Schwartz, which involved some 700 policemen and volunteers as well as helicopters, are estimated to have cost more than $300,000.

In another fake kidnapping case, Dutch-Jewish actor Jules Croiset fraudulently claimed in December 1987 that neo-Nazis had seized him outside a Belgium hotel and held him captive for 18 hours in an abandoned factory. Croiset told police he was handcuffed to a pipe and subjected to anti-Semitic abuse before managing to escape, claiming his kidnappers targeted him because he had helped prevent the staging of an anti-Semitic play in Rotterdam. A month later, under police questioning, he confessed to making it all up and faking some bomb scares as well.

While his motives were never explained, Croiset’s confession “stunned the Jewish community,” JTA reported, and sparked concern “that exposure of the kidnapping as a hoax means future complaints of anti-Semitism in Holland will not be taken seriously.”

One fake kidnapping scheme in Israel was stopped before it even began.

In August of 1961, police intercepted a group of haredi Orthodox yeshiva students trying to stage a kidnapping of Nachman Starkes so as to prevent him from having to return to jail. Starkes was himself a kidnapper, jailed for hiding his grandson, Yossele Schumacher, two years earlier because he did not trust the boy’s parents to “give him a sufficiently Orthodox education,” JTA reported.

It took another year for the real kidnap victim, 10-year-old Schumacher, to be found – haredi Orthodox friends of Starkes had taken the boy to Brooklyn and even at one point considered having him undergo plastic surgery to prevent him from being identified.