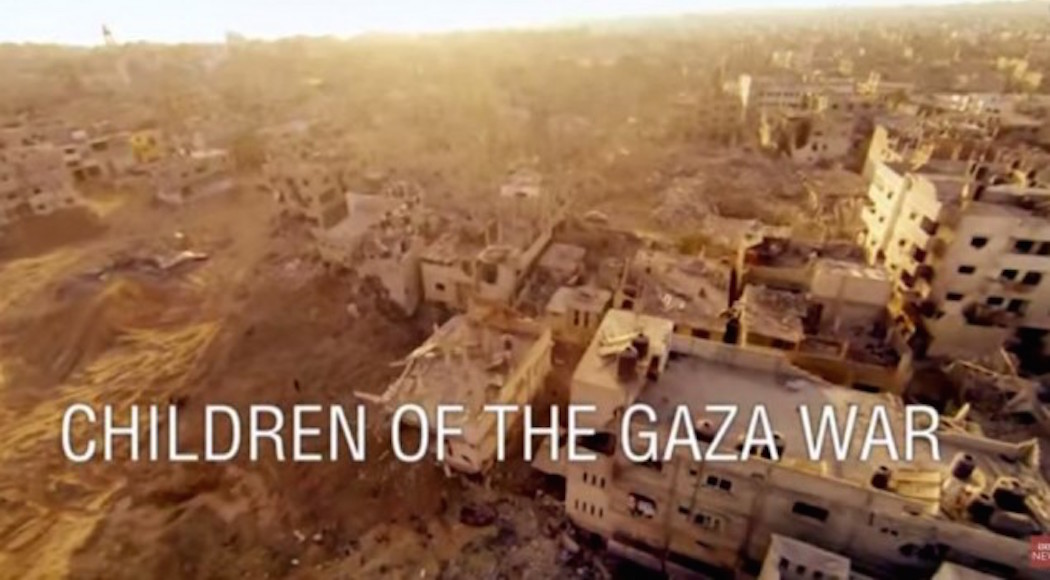 The BBC's "Children of the Gaza War" follows the lives of Israeli and Palestinian children during and after the 2014 Gaza war. (screen grab/YouTube)
Advertisement

(JTA) – The BBC defended its decision to translate the words of Gaza children saying that Israel was responsible for massacres rather than Jews.

The translation appears in subtitles that BBC editors prepared for the public broadcaster’s documentary “Children of the Gaza War” by Lyse Doucet, which was cleared for airing this week.

In one interview, a Gazan child says the “yahud” are massacring Palestinians. However, the subtitles read “Israel is massacring us.” The Arabic words for Jews and Israelis are pronounced “yahud” and “yisraelina,” respectively. The BBC in the past has offered a correct translation of the word “yahud.”

Responding to complaints by viewers, the British Broadcasting Corp.’s complaints department sent one complainant a letter that read, “We took advice from a number of translators in Gaza and London and were advised that the most accurate interpretation of what the contributors were saying in this context was ‘Israeli.'”

The reply letter was posted online Sunday by the website BBCwatch.org, where writers critically examine the state-funded medium’s coverage of Israel.

The Jewish Chronicle of London, which reported last week on the translation, quoted the filmmaker Doucet as saying, “We talked to people in Gaza, we talked to translators. When [the children] say ‘Jews,’ they mean ‘Israelis.’ We felt it was a better translation of it.”

She added that the translation was rechecked.

“We are not trying to cover it up,” Doucet said.

Israeli Prime Minister Benjamin Netanyahu and other Israeli officials have accused Palestinian leaders of inciting against Jews and rejecting the legitimacy of a Jewish national homeland in parts of the Land of Israel.