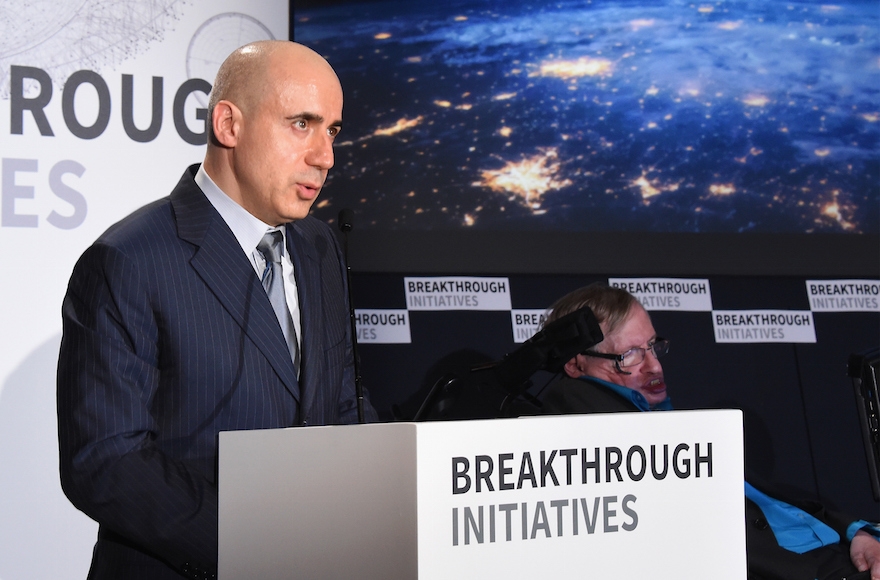 (JTA) — A Jewish-Russian tech billionaire is teaming up with renowned astrophysicist Stephen Hawking to launch an unprecedented search for intelligent extraterrestrial life.

Yuri Milner, an investor in tech companies like Facebook, Twitter and Spotify, is dedicating $100 million to the 10-year project, called the Breakthrough Listen Initiative, according to the French news agency AFP. The initiative will use powerful telescopes to scan the stars, reaching farther than previous methods employing radio signals or lasers.

But Hawking warned that dangers come along with the project: If a civilization is far more developed than the Earth’s, it may view humans as unevolved and of no value.

“A civilization reading one of our messages could be billions of years ahead,” Hawking said, according to AFP. “If so, they will be vastly more powerful and may not see us as any more valuable than we see bacteria.”