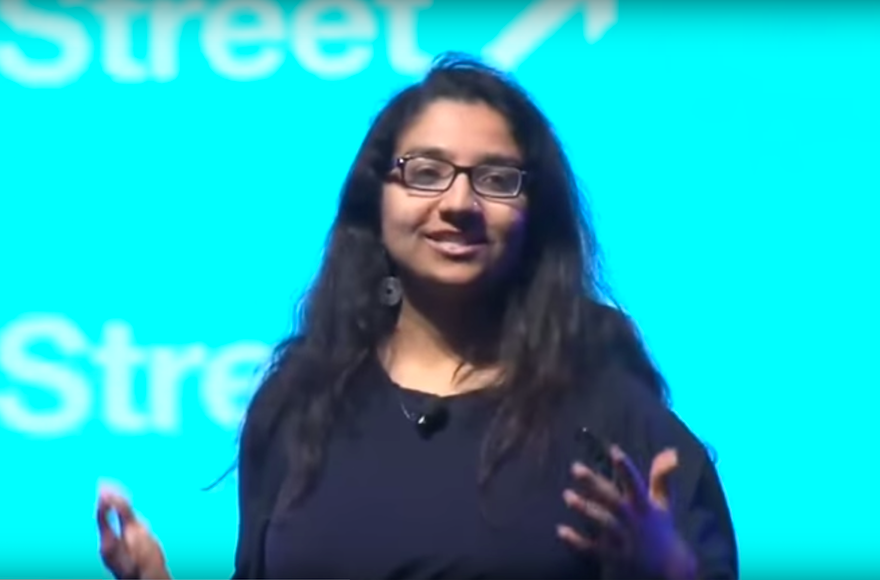 (JTA) — The campus arm of left-wing pro-Israel group J Street elected a Muslim-American student to serve as president of its national student board.

At its “Summer Leadership Institute” in Washington this week, J Street U elected Amna Farooqi, a senior at the University of Maryland who is of Pakistani descent, Haaretz reported.

Approximately 120 J Street U student leaders attended the four-day gathering, according to Haaretz. J Street U says it has 4,000 active participants on 75 college campuses in the United States.

A native of suburban Washington, D.C., Farooqi grew up in a “fairly religious Muslim home” with “a lot of Jewish friends,” Haaretz reported.

But “growing up in a household sympathetic to the Palestinian cause, the Palestine-Israel conflict was always the elephant in the room,” she said in a video filmed at the J Street conference last March. “This conflict evoked a level of anger and emotion in me, and I needed to learn more. Everything I was learning about the conflict made me not want to be pro-Israel. … As someone who wanted to contribute to ending this conflict I knew I needed to understand all sides.”

While taking a course about Israel in college, Farooqi said she “fell in love with Zionism, because Zionism became about taking ownership over the story of one’s people. If Zionism is about owning your future, how can I not respect that?”

She spent a semester at Hebrew University of Jerusalem’s Rothberg International School in order to “meet people on the ground and understand the Israeli narrative from their perspective, and to put faces to things and see some of these issues up close,” she said, according to Haaretz.

Her extended family has been “confused but supportive” about Farooqi’s Israel activism, she said.

This summer she lived in Jerusalem as a J Street U intern, co-leading day trips, including a visit to Hebron, for American university students, Haaretz reported.