Rare Byzantine-era mosaic to be displayed permanently in southern Israel 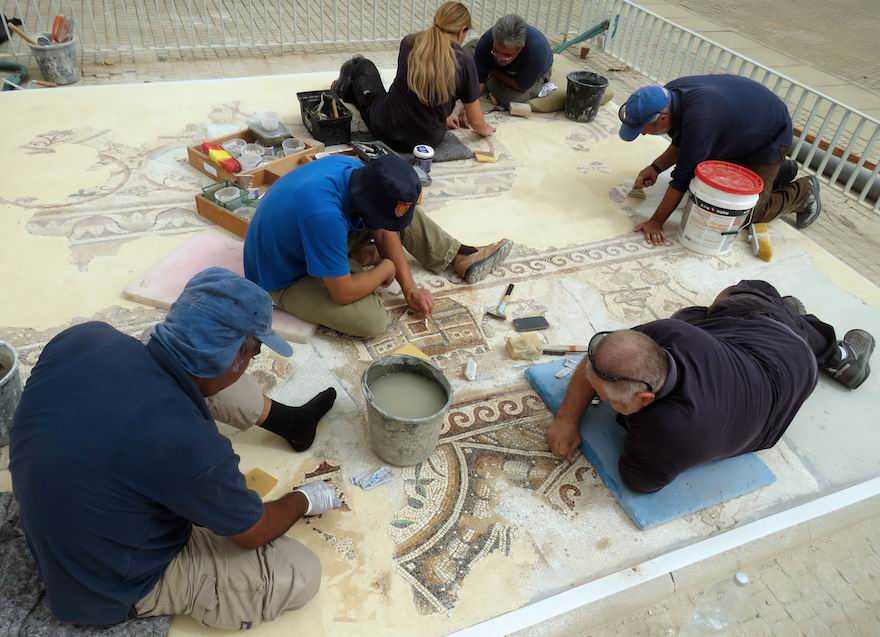 (JTA) — A recently discovered rare Byzantine-era mosaic will be publicly displayed for the first time at a festival in southern Israel.

The 1,500-year-old mosaic was discovered during an archaeological excavation in Kiryat Gat two years ago and will be permanently displayed in the southern Israeli town starting Thursday, the Israel Antiquities Authority announced in a news release.

The mosaic, sections of which have been preserved, once served as the floor of a church and depicts a map of an Egyptian town with streets and buildings.

“The artist utilized tesserae of 17 different colors in preparing the mosaic,” archaeologist Saar Ganor of the antiquities authority said in the news release. “The investment in the raw materials and their quality are the best ever discovered in Israel.”

The opening of the mosaic to the public is part of the new Factories from Within festival in the Kiryat Gat Industrial Park, the first of what is planned as an annual event.