Amid GOP disarray, Jews in DC search memories and Rolodexes 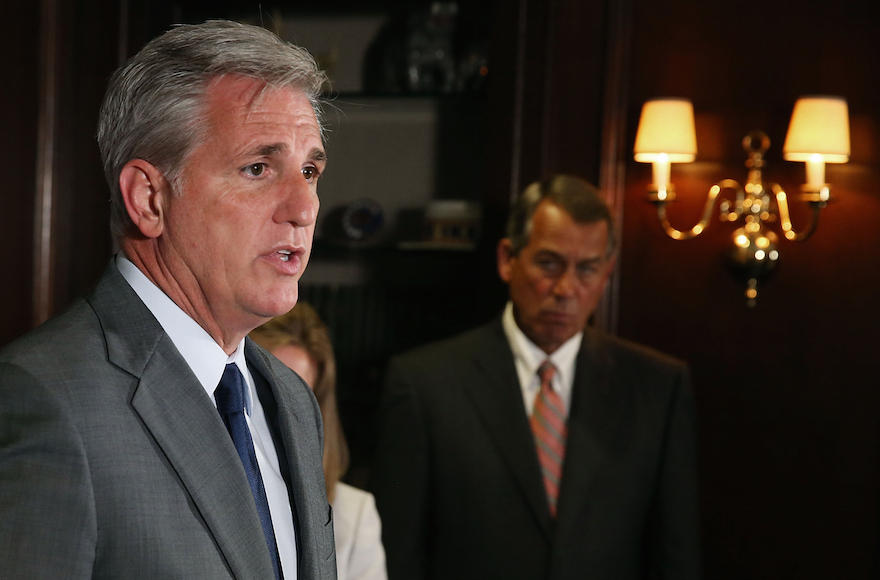 WASHINGTON (JTA) – “Do I know this person?” has been a common refrain in the Washington offices of national Jewish organizations since Rep. John Boehner, R-Ohio, resigned as House speaker last month and his chosen successor, Rep. Kevin McCarthy, R-Calif., the majority leader, flamed out last week.

Every day sees a new Republican contender named in the media. Some, like Rep. Pete Roskam of Illinois, are well known to Jewish officials. Others, like Rep. Marsha Blackburn of Tennessee, have community professionals flipping through their virtual Rolodoxes trying to pinpoint the last time they had a meaningful chat.

“The community has a history of building relationships, and we’ll reach out and build relationships where they do not exist, not just in D.C. but in field offices,” said Richard Foltin, the American Jewish Committee’s national and legislative affairs director. “To the extent that I have concerns, it’s having voices who oppose compromise and who are not comfortable with the notion that governing is about reaching accommodation both within the party and the other side.”

Rabbi Levi Shemtov, the director of American Friends of Lubavitch, said that his Chabad-affiliated group already had ties with a broad swath of the 247 GOP members, noting that Chabad had offices in 320 of 435 congressional districts.

“If it’s not one of the members we know, we’ll have someone we can connect to them,” he said before noting that Blackburn met recently with a Chabad rabbi from Tennessee. 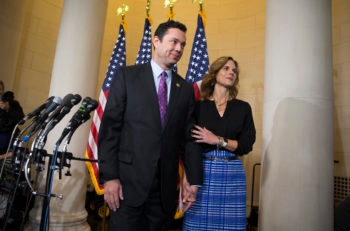 Among the half dozen or so unconfirmed contenders for the post are Blackburn and Roskam, who led House opposition to the Iran nuclear deal, as well as Texas Rep. Bill Flores, who chairs the Republican Study Committee, the party’s more established conservative caucus. Declared candidates include Reps. Jason Chaffetz of Utah and Daniel Webster of Florida, members of the harder-line conservative wing of the Republican Party that prompted Boehner to step down.

Hovering above them all is Wisconsin Rep. Paul Ryan, the chairman of the tax-law writing Ways and Means Committee. Ryan has indicated that he does not want the top spot, but is under pressure by the party establishment to step into the breach.

The GOP caucus is overwhelmingly pro-Israel — each of the prospective speakers put out a statement in March welcoming Israeli Prime Minister Benjamin Netanyahu’s speech to Congress, an address that riled the White House and congressional Democrats.

But the Jewish community has closer ties to the establishment figures who have fallen out of favor among Republican conservatives. Boehner, who orchestrated the Netanyahu speech, has ties to Jewish federations in Ohio dating to his days in the 1980s as a municipal official in the Cincinnati area.

McCarthy and Ryan, together with former Rep. Eric Cantor, R-Va., were the self-described “Young Guns” who rode the wave of GOP disaffection in 2010 to win the House and assume party leadership positions. Cantor is Jewish and has longstanding ties to national Jewish groups. Ryan, the 2012 vice-presidential pick of Mitt Romney, grew close to Romney’s Jewish backers. And McCarthy is a favorite of the Republican Jewish Coalition — his speech to the group in April generated vice-presidential buzz.

READ: George W. Bush made a painting for Sheldon Adelson

In recent years, however, the Tea Party insurgents have been gunning for the Young Guns they had raised to leadership, saying they were doing too little to reverse President Barack Obama’s agenda, particularly his signature health care reforms. Cantor was ousted by an anti-immigration candidate in the primaries, losing his historic post as the first Jewish majority leader in the House of Representatives.

McCarthy succeeded him as leader and seemed eager to step into Boehner’s slot. But he withdrew last week upon realizing that he would not win the speakership on GOP votes alone and was loath to rely on Democratic votes.

Ryan does not appear ready to give up the chairmanship of his committee — one of the most powerful in the House — assuming the speakership would require that move. 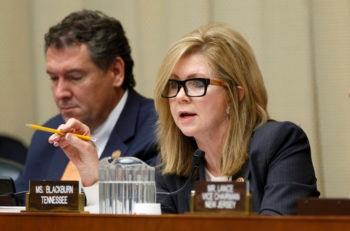 One worry for pro-Israel groups is that newcomers, while broadly pro-Israel, may not yet get the nuances of the pro-Israel lobby’s agenda — for instance advancing funding not only for Israel’s defense, but for other nations as a means of maintaining U.S. influence abroad.

A staffer for a senior GOP House member said the turnover in the caucus presented a challenge for pro-Israel groups who seek to educate lawmakers.

“About half if not more of the GOP conference has changed in the last six years,” said the staffer, who asked not to be identified.

Cantor decried in a New York Times Op-Ed on Sept. 25 the unwillingness of the party’s hard-line wing, numbering 40 or 50 members, to accommodate Obama on any level.

“Somewhere along the road, a number of voices on the right began demanding that the Republican Congress not only block Mr. Obama’s agenda but enact a reversal of his policies,” Cantor wrote. “Strangely, according to these voices, the only reason that was not occurring had nothing to do with the fact that the president was unlikely to repeal his own laws, or that under the Constitution, absent the assent of the president or two-thirds of both houses of Congress, you cannot make law.”

In the short term, Boehner’s resignation helps keep government running. Freed from threats from the right to unseat him, he can use his lame duck period to pass spending laws, including a defense bill that boosts Israel’s anti-missile capability. Boehner originally said he would leave on Oct. 31, but has indicated he may stay until a credible array of candidates emerges.

The AJC’s Foltin named immigration reform, voting rights and energy security as issues the AJC and the broader community want addressed in the longer run.

“We have to be able to move forward on the basis of negotiation and compromise,” he said. “How will we deal with the big picture on these issues?”

Rep. Lee Zeldin, R-N.Y., the sole Jewish Republican in Congress, said he was confident that whoever became speaker would protect pro-Israel funding.

“I would not anticipate any delay whatsoever with regards to any legislation that strengthens the relationship between the United States and Israel,” he said in an interview.

The Republican Jewish Coalition spokesman, Mark McNulty, said his group had ties into virtually every caucus member and was ready to educate anyone who got the slot.

“That’s why we’re here, we have the resources to educate people,” he said. “We have a lot of confidence in the resources our legislative team has developed over the years.”