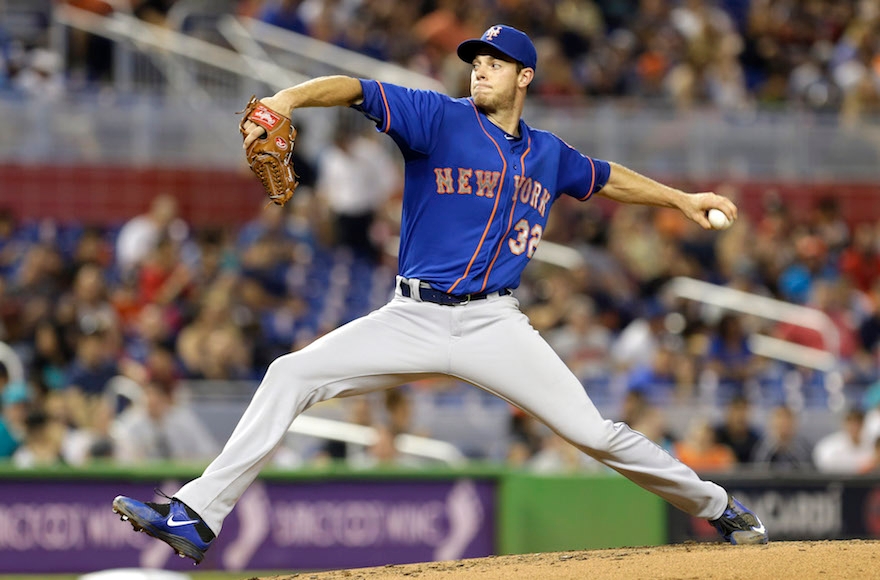 Many of the team’s Jewish fans will likely have another question about the local southpaw: Is he Jewish?

Though his name sounds like a Jewish adaptation of the team’s, the answer is no. You demand proof? Well for starters, his Twitter account references a passage from the New Testament.

The 24-year-old — who grew up in a family of Mets fans in Stony Brook, on New York’s Long Island — has made a strong impression in his first MLB season, despite being having been interrupted by several injuries. In his first game, he drove in four runs, breaking the team record for a major league debut.

Matz isn’t the only surprisingly not-Jewish player in the playoffs. Trevor Rosenthal — Rosenthal! — a relief pitcher for the St. Louis Cardinals, is not a member of the tribe either.

The totally un-Jewish sounding Ike Davis, a power-hitting first baseman, was the most recent Jewish member of the Mets. He was with the club until 2014 and now plays for the Oakland Athletics.