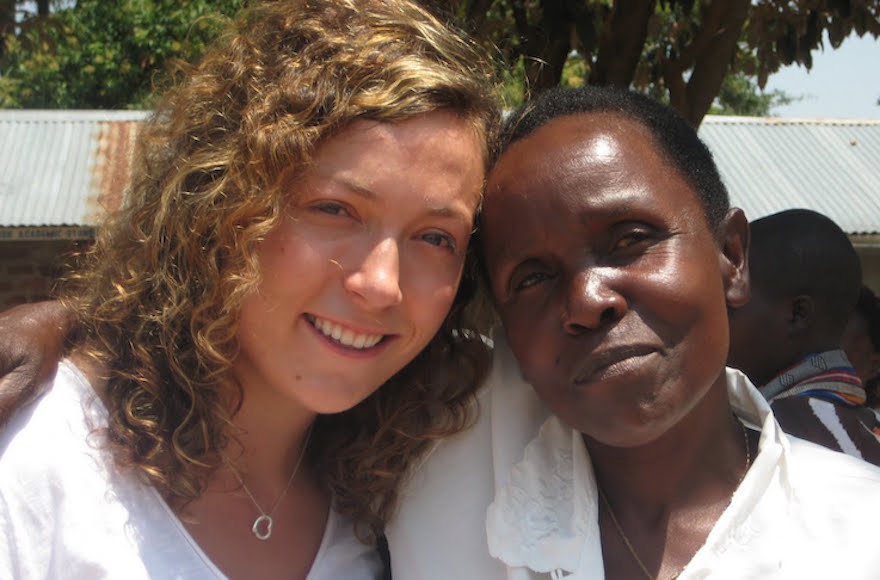 (JTA) — Jamie Zimmerman, a medical doctor and reporter for ABC News, drowned while on vacation in Hawaii.

Zimmerman died Monday after losing her footing and being swept out to sea while trying to cross the Lumahai River on the island of Kauai. She was 31.

“In her short 31 years Jamie traveled the globe representing America as a caring mindfulness ambassador,” Jordan Zimmerman wrote. “Her accomplishments included helping Congolese refugees in Zambia, volunteering in a cash-strapped hospital in India, building classrooms in Uganda, and working with indigenous people on the Amazon in Peru. Jamie served as a United Nations Global Health representative in Haiti and she even taught meditation at the U.S. Capitol.”

Zimmerman participated as a volunteer on the American Jewish World Service program, and returned several years later as a group leader in a Ugandan village.

“Our job is to facilitate the experience for participants so that they will come to view the world in a different way and have certain realizations that might affect their long-term decisions,” Zimmerman told JTA in an interview in  August 2009. “I don’t want people to feel miserable, but to be more aware.”

Zimmerman, who studied at UCLA and the Mount Sinai School of Medicine in New York, also made a documentary film on Congolese refugee camps.

ABC News President James Goldston said in a statement that in addition to her work for the network, Zimmerman ran meditation sessions for the staff in New York.

Jordan Zimmerman said she was estranged from her daughter for a time but that she was her “best friend” at the time of her death.

Zimmerman was awarded  UCLA’s Charles E. Young Humanitarian Award and was a Rhodes scholar finalist. She also planned to collaborate with  Deepak Chopra on a new project. She also worked with the (Goldie) Hawn Foundation, training educators and school administrators to teach meditation to children.

“I hope my baby girl’s life will inspire you to take action to make our world better,” her mother wrote. “It can be as little as sharing a smile or kind word or as big as your imagination and effort will allow. This is Jamie’s legacy. When you act upon this challenge, Jamie’s smile will light up the heavens. I am sure of it!”