What the Klinghoffers taught me — and the world 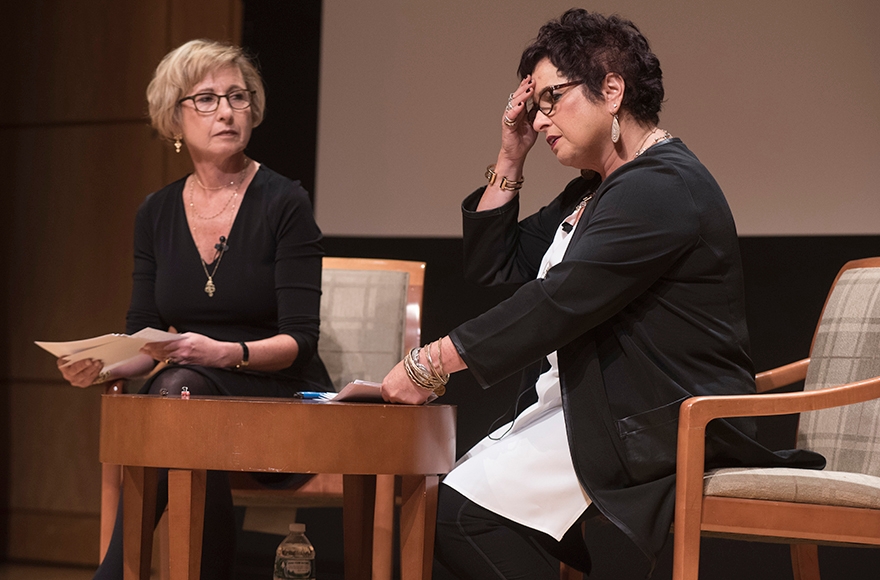 NEW YORK (JTA) – I first met Leon Klinghoffer’s daughters in 2004, shortly after my father and stepmother were murdered in a robbery.

Back then I was a TMI machine, telling my story not only to friends but also to anyone in my line of vision. One Shabbat, after going to the Village Temple in New York to say Kaddish, I approached the rabbi, Chava Koster, and told her, too. Unlike the sales clerk at Staples or the dinnertime telemarketer I had forced off script, Koster listened intently and offered to connect me with two of her congregants who had experienced something similar.

Lisa and Ilsa Klinghoffer’s father, Leon Klinghoffer, wasn’t just the victim of a random murder. He was shot and thrown overboard by Palestinian terrorists who hijacked the cruise ship on which he and his wife had been vacationing. 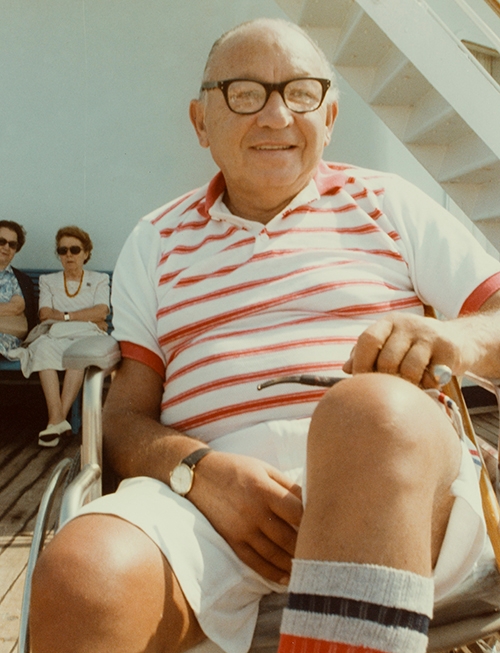 Klinghoffer, a 69-year-old man in a wheelchair, was the sole victim of the Achille Lauro hijacking. His murder — 30 years ago this month — prompted a dramatic U.S. military operation, and inspired books, made-for-TV movies and a controversial opera produced last year at the Met.

In honor of this year’s milestone anniversary of the attack, Lisa, 64, and Ilsa, 58, have donated their parents’ archive — comprising family photographs and stacks of condolence notes written by everyone from schoolchildren to Holocaust survivors to President Ronald Reagan — to the American Jewish Historical Society. The archive will be housed at the Center for Jewish History in New York, where the Klinghoffer sisters recently recounted onstage the story of the siege and its aftermath.

“When you read through [the letters],” which the sisters did on tough days in the beginning, and then every couple of years after that, “they are just amazing, inspiring, overwhelming,” Ilsa told me when we reconnected last week after more than a decade.

READ: Op-Ed: ‘The Death of Klinghoffer’ an injustice to our father’s memory

My own family tragedy was of the more mundane variety — mundane in that it happens every day to someone, if not to someone you love or even someone whose name you know. I was 24 when a methamphetamine addict forced his way inside my father and stepmother’s home in Sedona, Arizona, and killed them.

Most of my friends hadn’t lost parents, let alone known anyone who had been murdered. I was eager to connect with others who understood what it was like to lose a loved one to violence, who understood that if these kinds of things could happen on a cruise ship in the middle of the Mediterranean, where the Achille Lauro was hijacked, or in view of Sedona’s dramatic red rock formations, they could happen anywhere.

READ: ‘The Death of Klinghoffer’ fails to live up to the controversy

There was something reassuring about meeting the Klinghoffer sisters. Here were two women who had endured something so hellish as young adults and gone on to lead lives so positive, productive and purposeful. In honor of their parents — their mother, Marilyn, died just four months after their father’s murder (and six weeks before Ilsa’s wedding day) — Lisa and Ilsa have long dedicated themselves to educating people about terror and its victims. They are a driving force behind what is now the Leon and Marilyn Klinghoffer Memorial Foundation of the Anti-Defamation League, which leads conferences for law enforcement on combating terrorism, anti-Semitism and hate crimes.

If they could find happiness and meaning after what they endured, I reasoned, so could others. So could I. 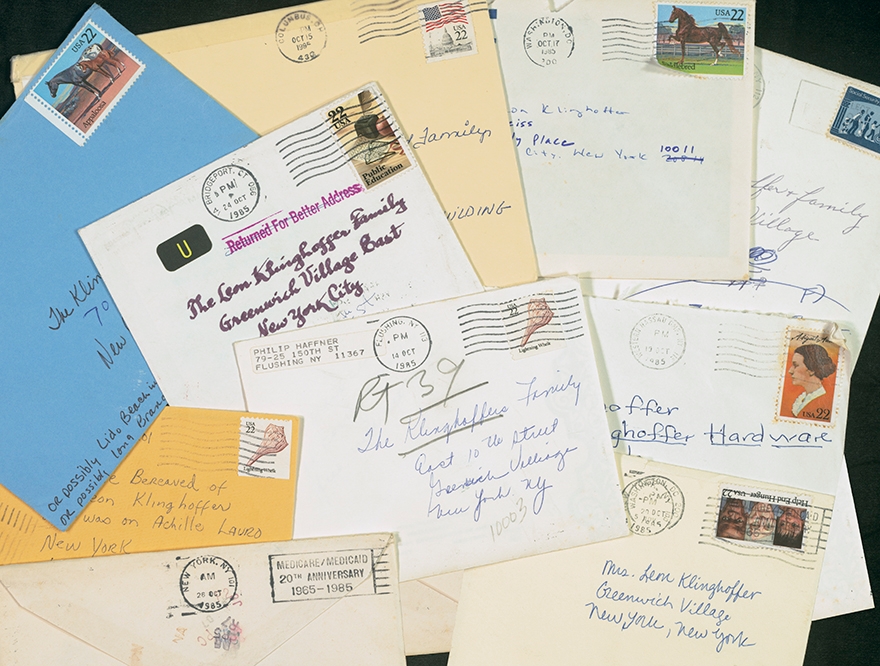 Fast forward more than a decade, and the Klinghoffer sisters were at the Center for Jewish History on Oct. 8 telling an extended version of the story from which I had drawn inspiration. They painted a vivid portrait of their parents: their family Shabbat dinners, their Saturday nights on the town, their circle of friends who spent summers at the Jersey Shore (“the beach people”), the planning that went into what would be their final vacation.

“One thing that keeps us going is that we’re just a regular family and knowing that this can happen to anyone,” Lisa told me. “It’s one of the reasons we continue to speak out, so people won’t forget what happened.”

The Klinghoffer archive at the American Jewish Historical Society comprises Leon’s U.S. Army-issued Jewish prayer book, a menu from the Achille Lauro dining room on which a fellow hostage sketched composites of the captors, and the “Mr. & Mrs. Roto-Broil Cookbook.” Never heard of the Roto-Broil? It was a countertop rotisserie oven popular in the 1950s invented by none other than Leon Klinghoffer.

“We wanted people to know things that hadn’t been in the news — personal things, factual things,” Ilsa told me of their decision to tell their story publicly, and to donate to the historical society 15 boxes of their parents’ belongings. “The American Jewish Historical Society said to us, ‘We’re not just going to take these papers. We want to know: Who was Marilyn? Who was Leon?'”

The realization that Marilyn and Leon Klinghoffer were people like any other, that we are all just as exposed as the next person, can foster not only a resolve to fight terror, but empathy for victims of violence everywhere. It was a point that Marilyn Klinghoffer herself expressed before a House Foreign Affairs subcommittee in testimony delivered just three weeks after her husband’s murder and whose contents are preserved in the archive.

“I believe my husband’s death has made a difference in the way people now perceive their vulnerability,” Marilyn testified. “I believe what happened to the passengers on the Achille Lauro and to my family can happen to anyone, any time, any place.”