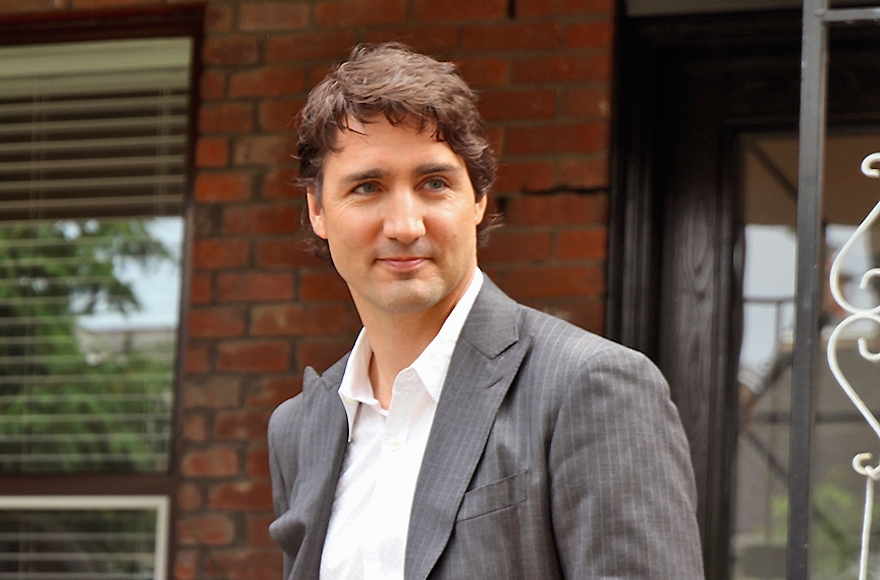 TORONTO (JTA) — The election of Liberal Party leader Justin Trudeau as prime minister represents the first change in Canadian government since Stephen Harper and his Conservatives assumed power in 2006.

What is unlikely to change, however, is Ottawa’s robust support for Israel — a policy cemented under Harper, whose forceful backing of the Jewish state earned him a reputation as one of world’s most pro-Israel political leaders.

When it comes to core Jewish issues, Trudeau has said all the right things since assuming the Liberal leadership in 2013. He continued to do so throughout the 78-day election campaign, which ended Monday with his center-left party’s crushing defeat of the Conservatives.

Though some are lamenting the loss of such a reliable defender of Israel, Trudeau has, like his predecessor, stressed that Canada will remain a strong friend of Israel. In a statement earlier this year, he praised the two countries’ “enduring bond of friendship, rooted in our shared commitment to peace and democracy.” And during the Israel-Gaza conflict last summer, he called Hamas “a terrorist organization” and upheld Israel’s right to defend itself. He has also criticized efforts by the Boycott, Divestment and Sanctions movement to pressure Israel.

But there is likely to be a significant shift in tone away from the often strident and polemical style of Harper’s Conservatives. Harper’s harsh rhetoric toward Hezbollah, his condemnation of Hamas during the Israel-Gaza conflict last year and his consistently tough stance on Iran — it led to the severing of diplomatic relations in 2012 — endeared him to many in Canada’s 300,000-member Jewish community. Trudeau, at the very least, promises a softer strategy.

“Under the Harper government, what we were hearing was a regurgitation of Likud policies and a support for a hard-right Likud government,” said Bernie Farber, a former CEO of the Canadian Jewish Congress and a failed Liberal candidate in the 2011 Ontario provincial election. “What we’re going to see is a more balanced, a more thoughtful, approach toward [Israel].” 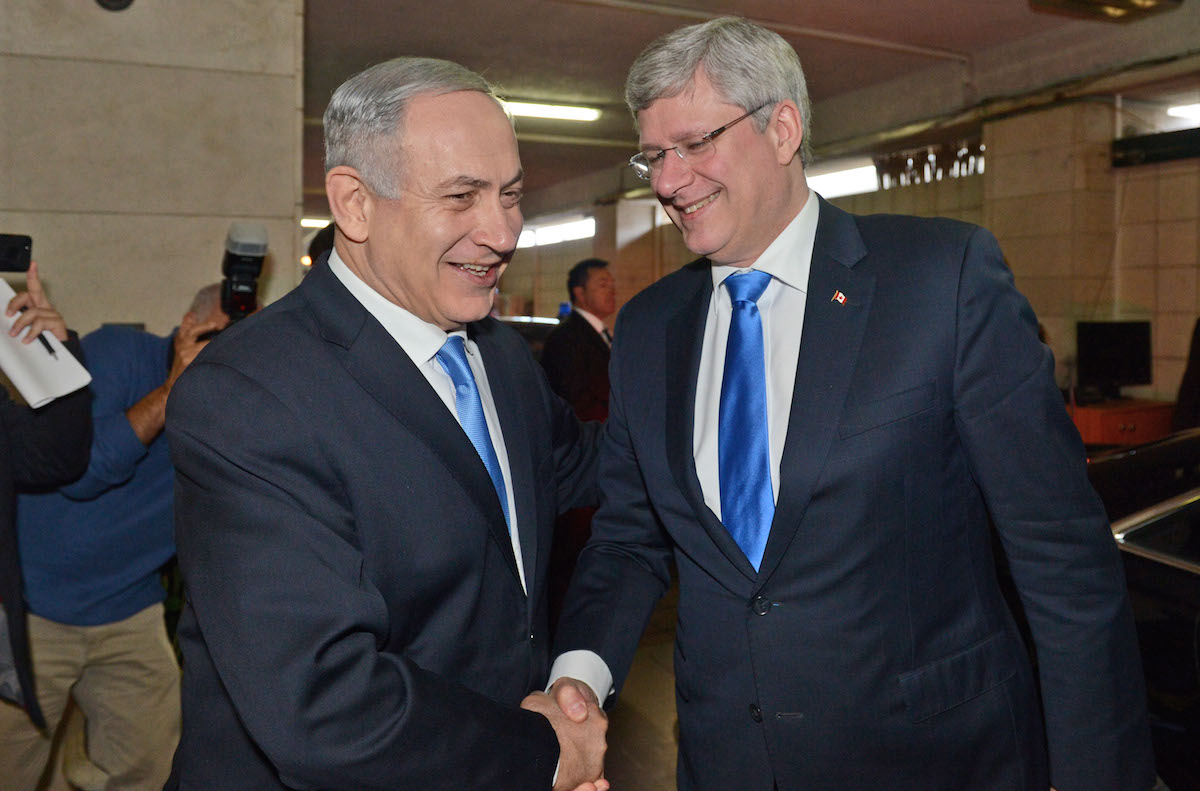 In a foreign policy debate last month, Trudeau accused Harper of using Israel as a “domestic political football,” insisting that “all three of us” — Thomas Mulcair of the New Democratic Party was the third candidate in the race — “support Israel and any Canadian government will.”

“I think we’ve been very clear that many things are going to change in this new government, but Canada’s support for Israel is not going to be one of them,” said Michael Levitt, a Liberal parliamentarian and founding member of the Canadian Jewish Political Affairs Committee.

Mira Sucharov, a professor of political science at Ottawa’s Carleton University and a columnist for the liberal Israeli daily Haaretz, expects Trudeau to avoid the “less fair-minded” tone favored by Harper. But she also pointed out how similar the three candidates were in their support for Israel throughout the campaign.

In an interview with the Canadian Jewish News earlier this month, Trudeau labeled BDS a “new form of anti-Semitism in the world.” Sucharov called the prime minister-designate’s stance “right out of a Jewish federation-style playbook.”

One foreign policy position Trudeau has pledged to amend is Canada’s break with Iran. Canada has been in a sort of diplomatic squeeze since refusing to endorse the Iranian nuclear deal negotiated by its Western allies over the summer. The Liberals support the deal and Trudeau has expressed a desire to reopen Canada’s mission in Tehran.

Trudeau’s election marks an extraordinary rebound for the Liberal Party, which saw its political stature decimated in 2011, when its candidates won only 34 of 308 seats in the House of Commons.

As further humiliation, 52 percent of Canadian Jews voted for the Conservatives in 2011 — 12 points above the national average. Jewish voters, who have historically voted Liberal, apparently were swayed by an admixture of Harper’s tough rhetoric and the accusation by then-Liberal leader Michael Ignatieff that Israel committed war crimes in Lebanon in 2008.

Exit polling for Monday’s election is not yet available, but it appears that Jewish voters in some districts returned to the Liberals. Joe Oliver, the Conservative candidate in Toronto’s Eglington-Lawrence district and Canada’s first Jewish finance minister, lost to the Liberals’ Marco Mendicino, who is not Jewish. The Liberals also pulled an upset in Winnipeg South Centre, in Manitoba, and won a seat in Ontario’s Markham-Thornhill — both Jewish strongholds. The Conservatives did, however, retain their seat in Toronto’s Thornhill district, which is about one-third Jewish.

Martin Sampson, a spokesman for the Centre for Israel and Jewish Affairs, a national advocacy group, said the fluid voting patterns prove the “Jewish community is not monolithic.”

“It’s a sign of the Jewish community more broadly — it’s very comfortably across a range of issues and identifying with different parties,” Sampson said.

Levitt, whose York Centre district had been in Liberal hands since 1962 before the Conservatives won there in 2011, downplayed Israel and other traditionally Jewish issues as motivating factors for his Jewish constituents. Instead, he insisted that the Liberals won them over with its wider platform, including tax cuts for the middle class and a promise to immediately increase Canada’s Syrian refugee intake.

“There was a sense of comfort in what we were talking about,” Levitt said. “That was reestablished.”