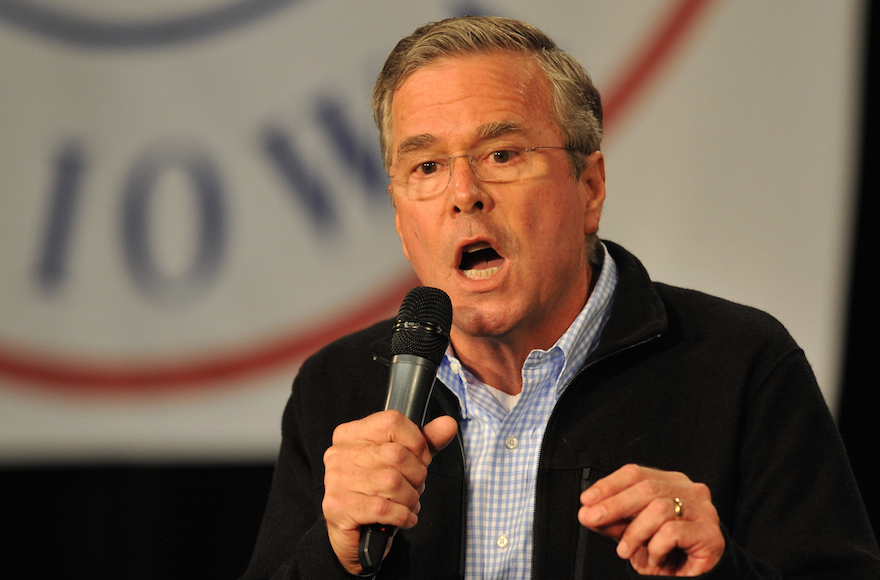 (JTA) — Republican presidential candidate Jeb Bush said if given the opportunity he would kill Adolf Hitler as a baby.

“Hell yeah, I would,” Bush told the Huffington Post in an interview previewed on Monday. “You gotta step up man.”

Bush, the former governor of Florida, was responding to an interviewer’s question about the funniest or most bizarre email he has ever received in light of the fact that he provides his personal campaign email address to anyone who asks for it.

Someone emailed Bush and asked him if he would kill the Nazi leader as an infant if given the opportunity, he said.

The original question was raised late last month by The New York Times Magazine for “Back to the Future” Day, in honor of the 1980s movie series in which characters travel back in time and changed the course of their history.

Some 42 percent of the magazine’s online readers said they would use a time machine to go back and kill baby Hitler. Another 30 percent said no, and 28 percent said they were unsure.

Bush acknowledged in the interview released Monday, however, that you never know how such an action could change the course of history, citing the popular films starring Michael J. Fox.

“It could have a dangerous effect on everything else, but I’d do it — I mean, Hitler,” Bush said.