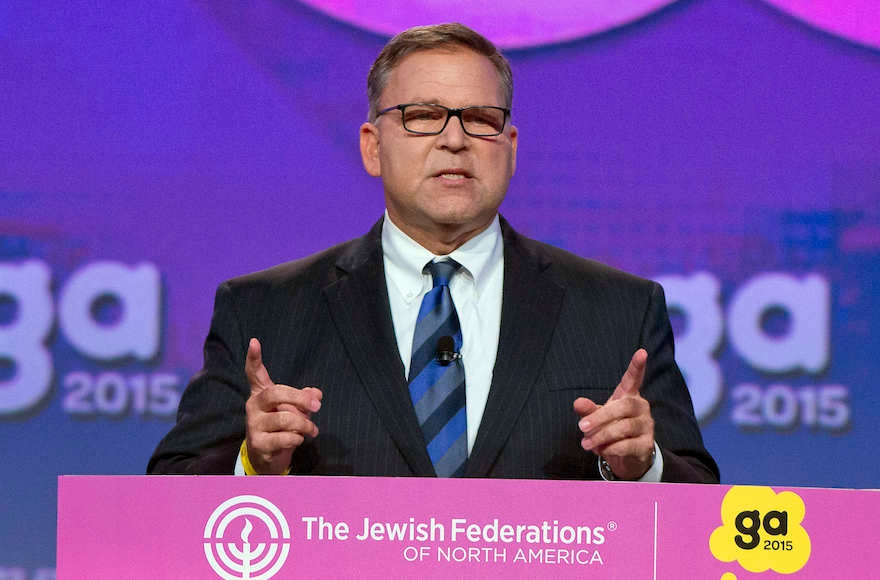 On the heels of this year’s rancorous and polarizing debate over the Iran nuclear deal, organizers of this week’s General Assembly of Jewish federations wanted their annual conference to be an opportunity for reconciliation and healing in the Jewish community.

At their conference in Washington, they talked about civility, touted the strength of the Israel-America relationship and managed to secure the participation of Israel’s prime minister – who a day before his GA appearance had his own reconciliatory meeting with President Barack Obama at the White House.

In the vision of Jerry Silverman, CEO of the Jewish Federations of North America (JFNA) – the umbrella group for the network of 151 local Jewish federations spread out across Canada and the United States – the federations are the big tents, where Jews from all walks of life, denominations and ideological positions can come together.

“If you go to synagogue weekly or hardly ever, if you’re supporting Hillary Clinton of Donald Trump,” Silverman said, “what matters is that you care and want to be involved.”

The theme of this year’s GA was “Think Forward,” an allusion to moving past the divisive rhetoric that marked the debate over the Obama administration’s ultimately successful push for a nuclear agreement with Iran. Although several Jewish federations opposed the Iran deal, the federation umbrella group did not take a stance. At the height of the debate in August, both Obama and Netanyahu made their case to the Jewish community in webcasts hosted by the Jewish Federations of North America.

“We didn’t debate Iran — we basically attacked each other,” Richard Sandler, JFNA’s incoming board chair, told JTA, noting how the conversation about the deal in some instances devolved into ad hominem attacks.

As Silverman put it in his plenary address Monday: “Something was markedly — and dangerously — different about what federations faced this past summer, as many of them dealt with heated disagreements about the Iran deal among their community members and donors. Too much of the language was vicious and beyond the pale, and has no place in our community.”

READ: The campaign for (and against) the Iran deal gets personal

With some 3,000 Jewish communal professionals, lay leaders and college students present at the GA, which ran from Sunday through Tuesday, healing was the order of the day.

Netanyahu, despite irreconcilable differences with Obama over Iran, in his GA speech Tuesday touted the unbreakable ties between Israel and its American allies.

Netanyahu also told the GA that he would support rights for non-Orthodox Jews in Israel.

“As prime minister of Israel, I will always ensure that all Jews can feel at home in Israel — Reform Jews, Conservative Jews, Orthodox Jews,” he said to cheers. 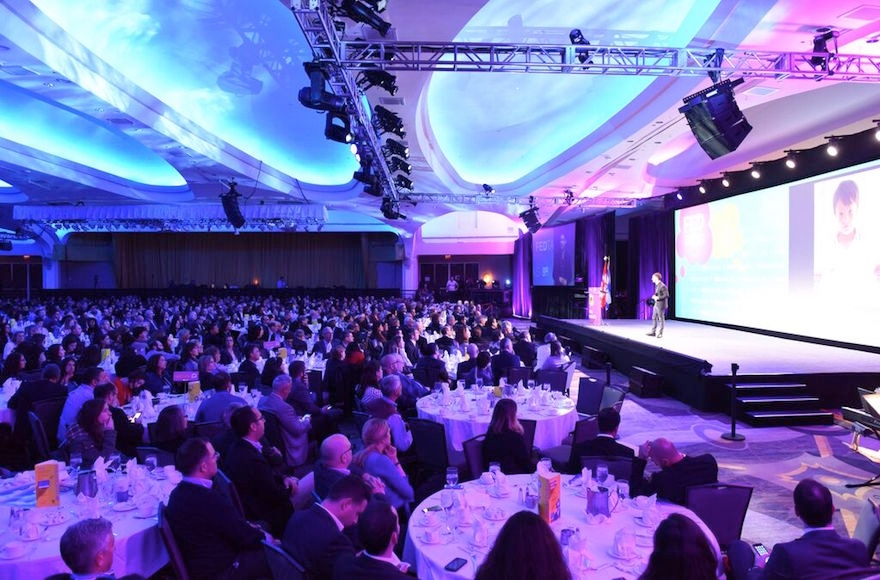 A view of the crowd at the Jewish Federations of North America General Assembly, Nov. 10, 2015.

While respect for diverse ideas was a major theme of this year’s G.A., a contingent of students who are Open Hillel activists — several dozen of whom protested outside of the conference Sunday — said there were still too many communal restrictions on dialogue around the Israeli-Palestinian conflict. Open Hillel seeks to amend Hillel International’s guidelines on Israel programming, such as those preventing campus Hillels from working with groups that support Boycott, Divestment and Sanctions (BDS) movement targeting Israel.

Inside the Washington Hilton, where the conference was held, the “Think Forward” theme was also meant to reference the new ideas that Jewish groups may need to embrace due to shifts in Jewish demographics and funding models.

READ: What do Jewish federations actually do?

Lisa Kleinman, who coordinated these sessions, said that in selecting which federation programs to showcase, conference organizers placed a premium on those with proven track records “that are relevant beyond a specific community’s needs.”

One such meeting focused on the challenges of engaging Jewish young adults, starting in college. About 250 North American college students attended the GA.

Emilie Weisberg, 19, was one of 20 University of Michigan students who came to the conference on a trip sponsored by her campus Hillel.

She said her GA highlights were candid talks by actress Debra Messing and Canadian Supreme Court Justice Rosalie Abella, the first Jewish woman to serve on Canada’s highest court, about how their faith has shaped the paths they forged.

But Weisberg said she wished the GA provided more forums for millennial-aged Jews to engage with their older counterparts.