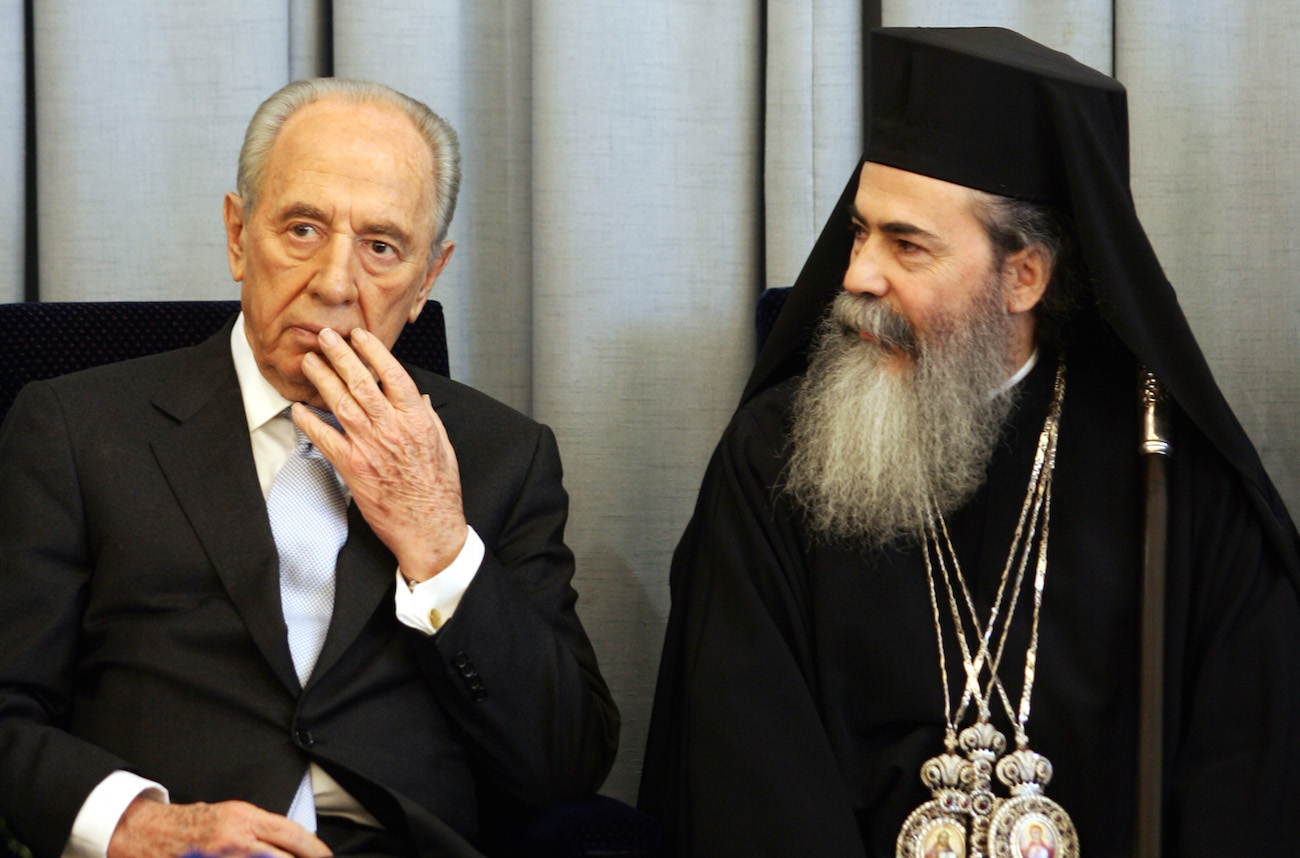 ATHENS, Greece (JTA) — For two days, 38 leading Jewish and Orthodox Christian clerics and scholars sat in a hotel outside the Greek capital for a rare dialogue on relations between the two ancient faiths.

The talks, held last month, were only the eighth round since formal interfaith dialogue between Jews and Orthodox Christians began in 1972, and on the surface there was a warm and friendly rapport between the religious leaders as they discussed shared histories, ate together and attended a classical music concert.

But in a sign that the dialogue remains delicate, only in the last 15 minutes of the two-day session did anyone dare to broach the historic tensions between the two religions and possible steps to address them.

Deciding to finally address the “elephant in the room” in his closing remarks, the head of the Jewish delegation, Rabbi David Rosen, called for the Orthodox Christian leaders to issue a statement on the status of the Jewish people.

“A doctrinal repudiation that the Jewish people had been rejected by God could have enormous consequences,” said Rosen, the international director of interreligious affairs at the American Jewish Committee.

Rosen’s request was met with silence, raised eyebrows and the occasional shake of the head by the Christian delegates. In concluding remarks, the head of the Orthodox delegation, Metropolitan Emmanuel of France, did not directly address the Jewish request, speaking only about the need for greater people-to-people contacts and his desire to include youth in the next round of talks.

What Rosen and several other Jewish participants were calling for was a grand gesture similar to the Catholic Church’s Nostra Aetate, the historic document rejecting the charge of collective Jewish guilt for the killing of Jesus. That document, which had its 50th anniversary marked last month, went a long way toward paving the way for improved Jewish-Catholic relations, and the Jewish participants in the Athens dialogue were hoping for something similar from their Orthodox interlocutors. 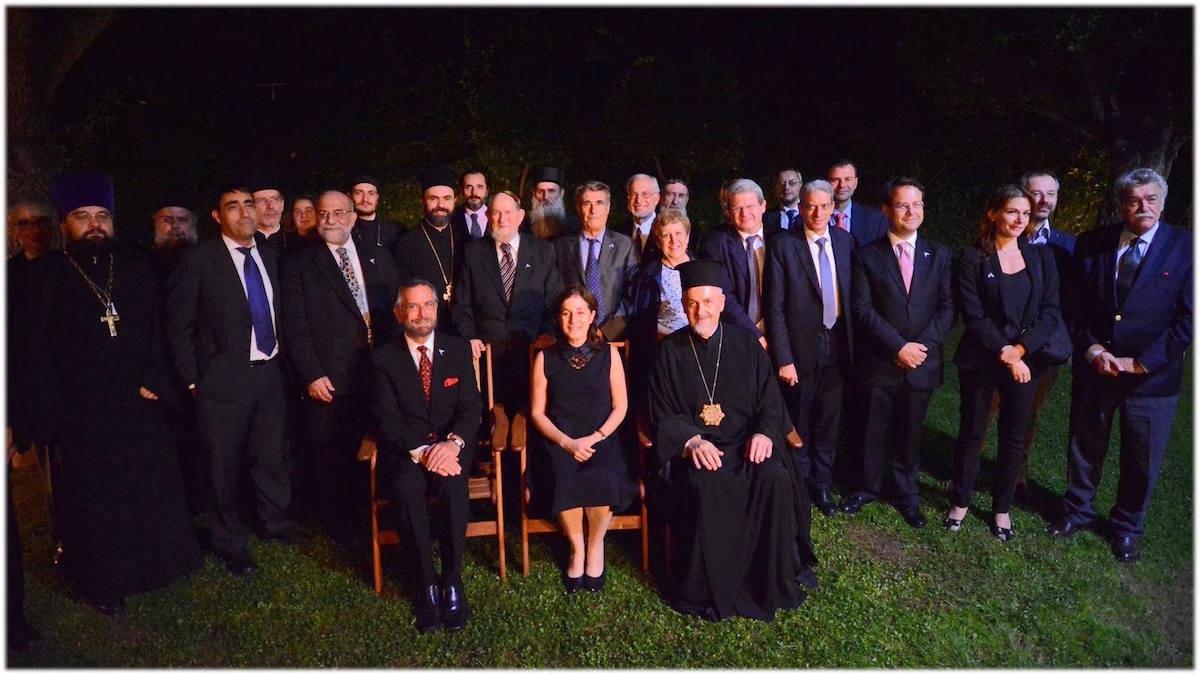 Jewish and Orthodox Christian clerics and scholars posing with the Israeli ambassador to Greece, Irit Ben-Abba, at an interfaith dialogue commemorating 25 years of formal relations between Israel and Greece. (Embassy of Israel in Athens)

Rosen was careful to note that unlike the Catholic Church, Orthodox churches do not have a hierarchy with a single leader like the pope, and that “there had never been an institutional charge of deicide against the Jews from the Orthodox Church.” Nevertheless, Rosen said that such a statement from Orthodox leaders would go a long way toward eliminating “traditional prejudice” toward Jews.

The talks were part of a series of events commemorating 25 years of full diplomatic relations between Israel and Greece. The Orthodox Church, also known as the Eastern Orthodox Church, is the second largest stream in Christianity, mainly centered in Russia, Eastern Europe, the Balkans and the Middle East.

Rosen said the cautious nature of the Jewish request is indicative of some of the difficulties faced in the dialogue.

“I would say that the Orthodox world is less self assured than the Catholic Church,” he said. “Most Orthodox churches have in some way been victims to someone at some time.”

Rosen added, “The challenge is to find a way to be diplomatic, respectful and still be critical.”

Perhaps the most significant sign of lingering sensitivities was the failure to directly address anti-Semitism in many Orthodox Christian countries — particularly in Greece, which has the highest level of anti-Semitic attitudes found in Europe, according to a recent Anti-Defamation League survey. The issue of anti-Jewish sentiment didn’t even make it on the agenda.

The Orthodox church has a mixed history of dealing with anti-Semitism in Greece. Its official position calls for coexistence among all faiths, and a few church leaders were instrumental in saving Jews during the Holocaust. But some senior leaders continue to preach anti-Semitic conspiracy theories, most prominently in 2010, when Metropolitan Seraphim of Piraeus told a Greek TV station that Jews orchestrated the Holocaust and accused “world Zionism of a conspiracy to enslave Greece and the Orthodox Church.”

“Some Greeks have prejudices, and there are some cases of specific persons who express their personal opinions, which you find in every religion,” said a representative of the Church of Greece who took part in the dialogue, yet requested anonymity because he was not authorized to speak on the church’s behalf. “These do not represent the positions of the church.”

The representative added that the church believes “it is very important to engage and learn about other religions.” Yet a week after the conference, Archbishop Ieronymos, the head of the Church of Greece, dismissed calls for religious studies classes at Greek schools to focus on other religions apart from Orthodox Christianity.

Despite the underlying tensions, many participants thought that the mere existence of the talks was a positive achievement, even if there were no concrete developments. Most Orthodox leaders have limited interactions with Jews, despite the fact that Jews have lived in Orthodox countries for centuries and the faiths have daily contacts in Israel, said Bishop Jovan of Slavonia.

“Generally there is not a lot of knowledge on both sides about the other side,” the bishop said.

Jovan himself is very familiar with Jews, having worked eight years as a researcher at Yad Vashem, Israel’s official Holocaust museum, while writing a book about the Holocaust in the former Yugoslavia. He also earned Israeli paratrooper wings in joint exercises while serving as a chaplain in the Serbian military. But he concedes that many of his colleagues do not have a similar level of personal knowledge.

And so the talks, which focused on varied themes, including “images of the other in Hellenistic and Judaic traditions” and common Diaspora experiences, still serve an important role in building relationships and changing attitudes.

“These meetings give a common language and dialogue for learning about each other,” Jovan said. “Ultimately, are we being human to each other or not is the meaning of our two ancient peoples.”

And the effects can spread beyond the confines of a Greek hotel, Rosen agreed.

“It is important because these religious leaders are multiplicators,” he said. “They take the message here and spread it to their peoples.”