Aly Raisman: 5 things to know about the once (and future?) Olympian 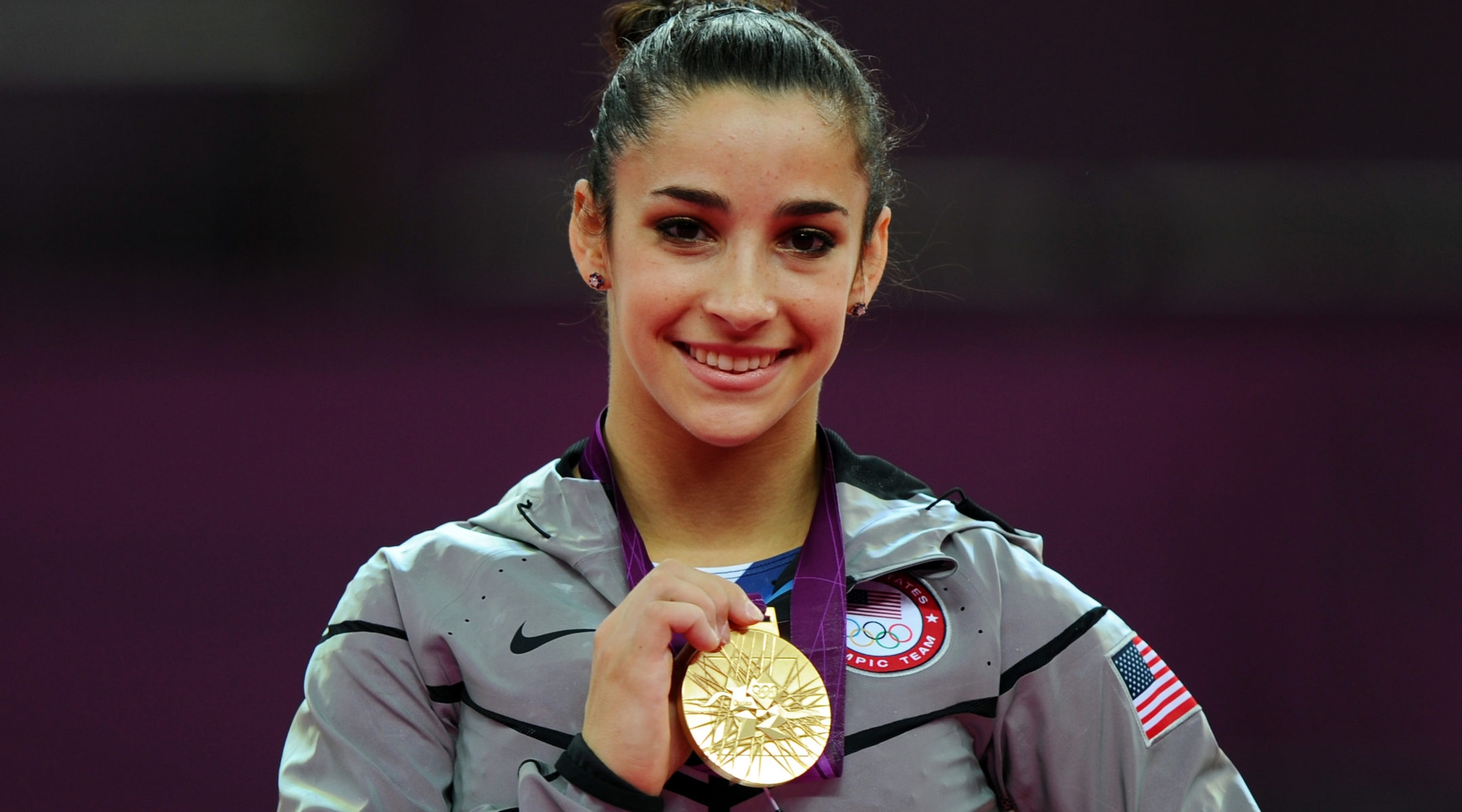 Alexandra Raisman poses on the podium with her gold medal in the Summer Olympics in London, England, August 7, 2012. (Michael Regan/Getty Images)
Advertisement

(JTA) — Here’s what to know about Olympic gold medalist Aly Raisman as the Jewish gymnast trains for next summer’s Rio games.

Like many top gymnasts, Raisman has her own leotard line (with the brand GK Elite) and sends leotards out to her gymnastics competitors (and some figure skaters) abroad. To thank her for the gifts, the athletes take selfies in them and post them to Instagram.

“She always jokes that she’s so uncoordinated,” her mother, Lynn Raisman, said. “We can be walking somewhere, shopping or to a restaurant and she’ll trip over nothing.” When Raisman posed nude for ESPN’s “The Body Issue,” she confirmed as much, telling the magazine that she “pulled a Jennifer Lawrence,” when she and some of her fellow Olympians attended the 2013 Golden Globes.

READ: Aly Raisman has her eye on Rio

And that’s by her own admission. She told Glamour magazine that on the road she often bunks with Olympic champion Gabby Douglas, who complains about Raisman’s disorderliness.

She has an excellent memory.

As her mother told JTA: “I’ve been with her on the beach, and she’ll say to me, ‘That’s the judge from Level 4, and this is the score she gave me on beam.’”

She’s quite the box jumper.

NFL star J.J. Watt may currently own the world record in the box jump, but Raisman’s is far more impressive than his 61-inch vertical jump. Though she jumps up on a shorter box, she does a back flip off of it. And she repeats this feat four more times.