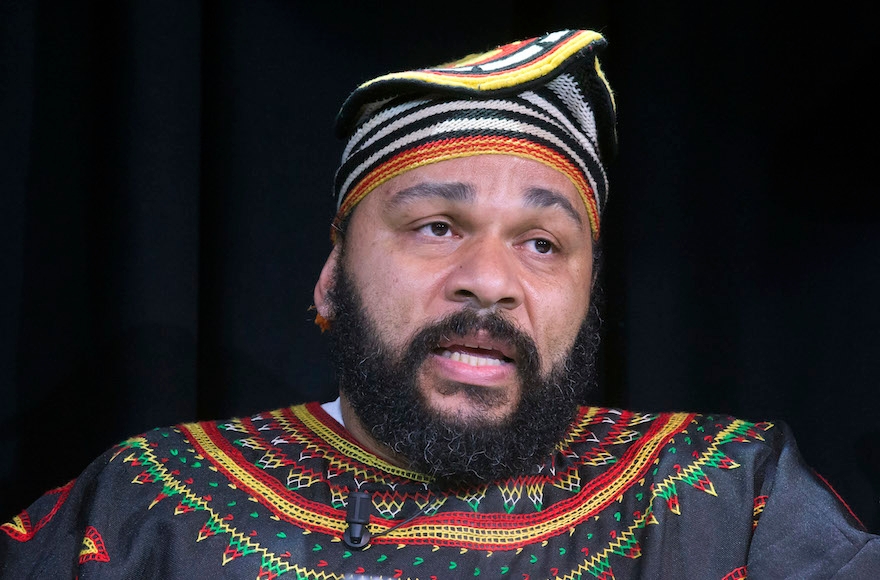 (JTA) — Dieudonne M’bala M’bala was sentenced by a Belgian court to two months in jail for racist and anti-Semitic comments made by the French comedian during a show there.

Dieudonne also was fined about $9,500 by the court in the eastern city of Liege, the French news agency AFP reported, for discriminatory, anti-Semitic and Holocaust-denying remarks made during a 2012 show. He did not appear in court.

He also was ordered to pay for the entire text of the judgment against him to be printed in two leading French-language Belgian newspapers, Reuters reported.

Dieudonne has been convicted seven times in France for inciting racial hatred against Jews.

The comic is the promoter of the quenelle quasi-Nazi salute and the term shoananas — a mash-up of the Hebrew word for Holocaust and the French one for pineapple — which he uses to suggest the Holocaust never happened without openly violating French laws forbidding such denials.