Hamas claims responsibility for Jerusalem attack that injured baby, 13 others 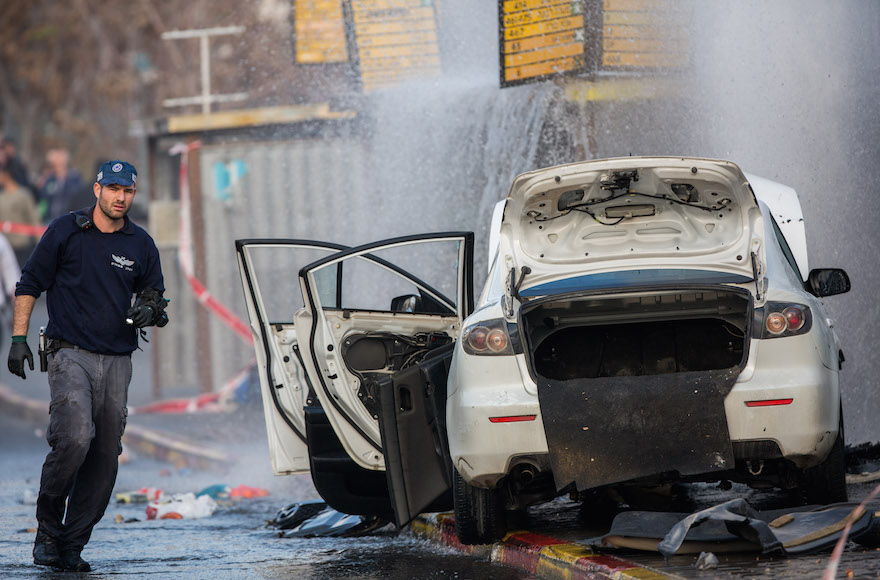 Israeli security personnel at the scene where a Palestinian driver rammed his car into a bus stop injuring about 13 people who were waiting there, on Herzl Boulevard at the entrance to the city of Jerusalem, Dec. 14, 2015. (Yonatan Sindel/Flash90)
Advertisement

JERUSALEM (JTA) — Hamas claimed responsibility for a car-ramming attack in Jerusalem that injured 14, saying the Palestinian driver was a member.

Among those injured in Monday’s attack at the western entrance to the city was an 18-month-old boy, who reportedly had a leg amputated that night.

Abed el-Muhsen Hassuna, 21, formerly of eastern Jerusalem, was living in Hebron, where he was affiliated with the group, Hamas said Tuesday, the Times of Israel reported. Hamas is designated as a terrorist group by Israel, the United States and others.

As an eastern Jerusalem resident, he held a blue Israeli identity card, which allowed him to drive in the western part of the city.

The Jerusalem Post reported that surgeons could not save the badly crushed leg of baby, Yotam Sitbon. The newspaper cited a report by its Hebrew-language sister newspaper, Maariv, which cited what it called an unnamed official source. Neither the Hadassah Medical Organization nor the family confirmed the report.