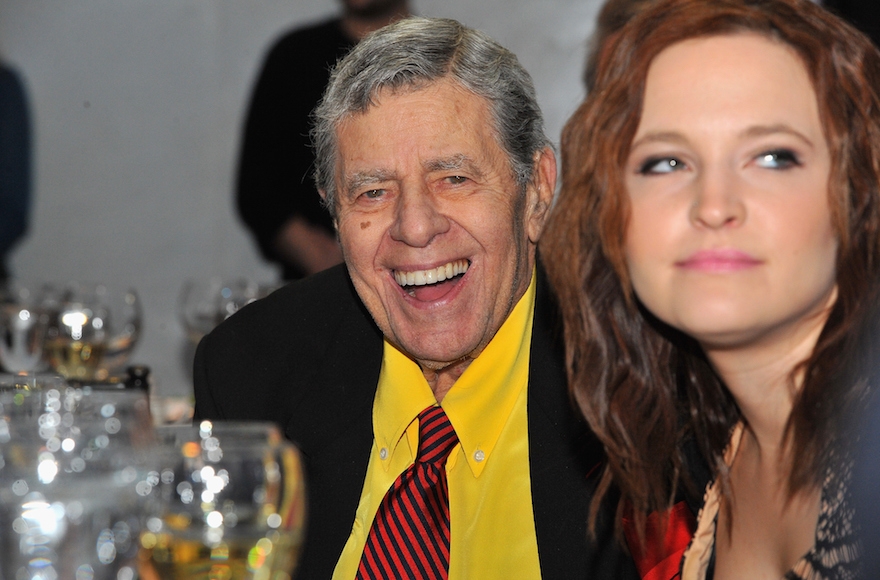 Comedian Jerry Lewis attending The Lincoln Awards: A Concert For Veterans & The Military Family presented by The Friars Foundation at John F. Kennedy Center for the Performing Arts in Washington, D.C., Jan. 7, 2015. (Larry French/Getty Images for The Friars Club)
Advertisement

Jerry Lewis attending a Friars Club concert for veterans and military families at the John F. Kennedy Center for the Performing Arts in Washington, D.C., Jan. 7, 2015. (Larry French/Getty Images for The Friars Club)

(JTA) — The BBC has released a short documentary about an unreleased Holocaust film by Jewish comedian Jerry Lewis.

Lewis wrote and directed “The Day the Clown Cried” at the height of his Hollywood career in 1971. The BBC documentary released Tuesday includes behind-the-scenes footage of production, stills from the film and narration by David Schneider, also a Jewish comedian.

Reportedly a drama with comedic elements, the film centers on a fictional clown named Helmut Doork who is imprisoned by the Nazis and forced to lead children into the gas chambers.

“This is a very interesting film because very few people have seen anything from it,” Swedish film critic Jan Lumholdt told the BBC. “He’s a comedian and this is his most serious film ever. This gives it a very interesting energy and dynamic.”

Lewis reportedly was passionate about the project at first but has hidden all of its footage, saying recently that he is too embarrassed to show it.

“It was all bad, and it was bad because I lost the magic,” Lewis told Reuters in 2013. “You will never see it. No one will ever see it because I am embarrassed at the poor work.”