Charlie Hebdo editor: We are used to Jews being killed 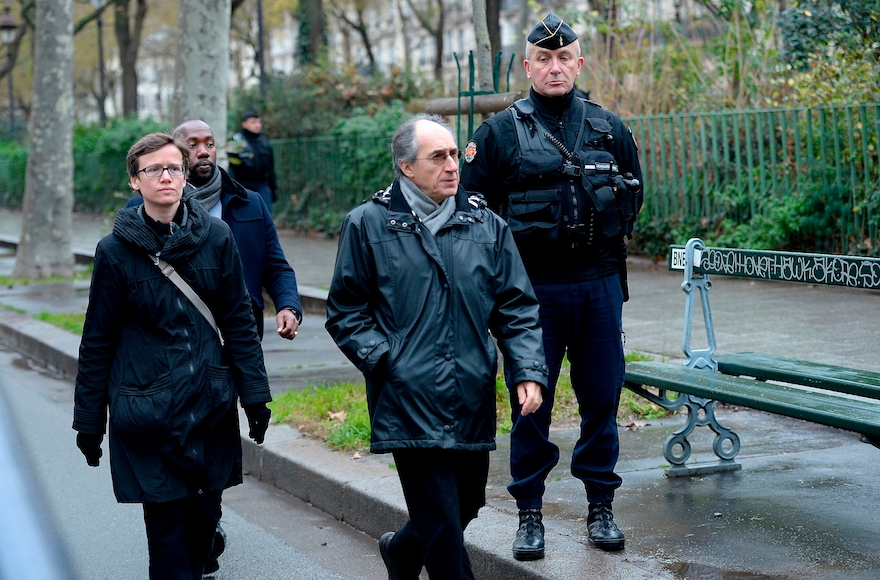 Gerard Biard, center, editor in chief of Charlie Hebdo, arriving to the inauguration of the memorial stone in front of the former Charlie Hebdo office in Paris, Jan. 5, 2016. (Aurelien Meunier/Getty Images)
Advertisement

(JTA) — No one questions when Jews are killed because they are Jewish, the editor of Charlie Hebdo wrote in a special edition of the French satirical magazine marking the first anniversary of a terror attack on its staff.

“We are so used to Jews being killed because they are Jewish,” Gerard Biard wrote in an editorial in the latest edition of the magazine, which is set to hit the newsstands Wednesday, The Associated Press reported Monday. “This is an error, and not just on a human level. Because it’s the executioner who decides who is Jewish. Nov. 13 was the proof of that. On that day, the executioner showed us that he had decided we were all Jewish.”

Some 130 people were killed in coordinated attacks throughout Paris on Nov. 13, 2015.

In the Jan. 7 attack on Charlie Hebdo, 11 artists, writers and editors and a police officer were killed. Two days later, four Jewish patrons of a kosher supermarket in Paris were held hostage and killed by an Islamist.

The cover of the special edition features a caricature of a bloody God wielding an assault rifle.