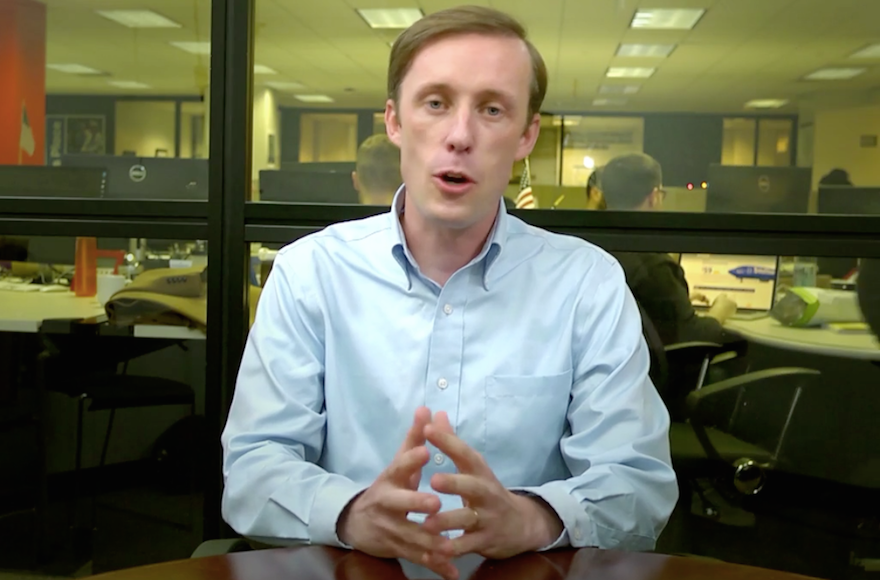 Jake Sullivan, a foreign policy adviser to Clinton who also served with her when she was secretary of state, depicted as dangerous Sanders’ proposal to normalize relations with Iran, made during the most recent debate for Democratic presidential candidates.

“Iran seeks the destruction of Israel, Iran is a leading sponsor of terror in the region, Iran is flouting international law with its ballistic missile tests and its threats against our allies and partners,” Sullivan said in a video the Clinton campaign posted to social media this week.

A clip in the Clinton video cut off Sanders, an Independent senator from Vermont, before he elaborated in the debate earlier this month that he did not advocate exchanging ambassadors and said that the United States should remain wary of Iran.

The candidates were commenting during the debate on the sanctions relief for nuclear rollbacks deal achieved last year between Iran and six major powers. Like President Barack Obama, the candidates back the deal, while the full slate of Republican candidates opposes it, as does Israel’s government.

Sullivan also focused on Sanders’ argument in an earlier debate, in November, that Muslim nations, including Iran, should contribute troops to combating the Islamic State.

“It’s like inviting one of the arsonists to join the firefighters, not to mention the fact that it would be putting more Iranian firepower right on Israel’s doorstep,” Sullivan said.

Iran already has a role in Iraq and Syria combating the Islamic State; Sanders in his comments appeared to suggest that the United States lead the effort, but rely on Muslim troops to engage in combat. He did not suggest that Iran raise its already pronounced profile.