Palestinian men look at what used to be a tunnel leading from the Gaza Strip into Israel, in the area of Rafah in the southern Gaza Strip, on Aug. 5, 2014, after a 72-hour truce agreed by Israel and Hamas went into effect. (Abed Rahim Khatib/Flash90)
Advertisement 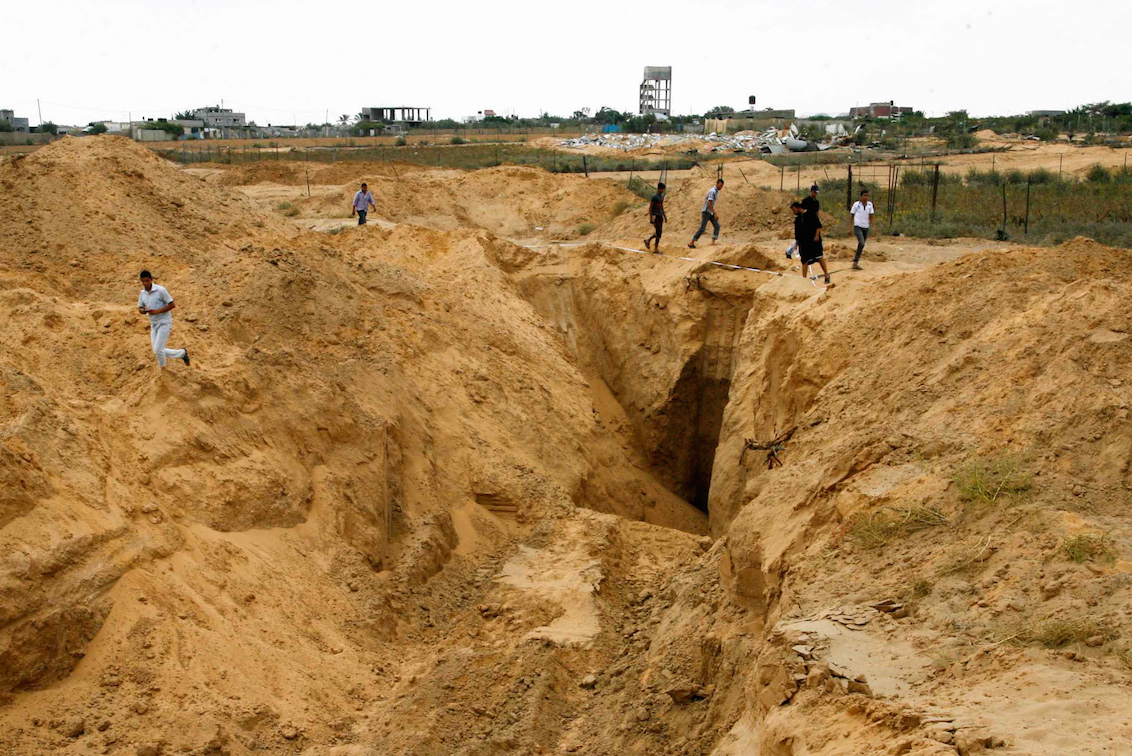 Palestinian men viewing what used to be a tunnel leading from the Gaza Strip into Israel after a 72-hour truce between Israel and Hamas went into effect, Aug. 5, 2015. (Abed Rahim Khatib/Flash 90)

(JTA) — Eight members of the Palestinian terrorist group Hamas have not been accounted for since an underground tunnel collapsed in Gaza.

Rain and flooding caused the collapse of the tunnel, located near Jabaliya in northern Gaza, on Wednesday, various media outlets reported.

“There were 11 resistance men inside,” the source continued. “Three of them escaped in the first hour after the accident, but the security operation … continues to search for the eight others.”

Hamas’ vast network of tunnels, many leading into Israel, was a major issue during Operation Protective Edge, Israel’s war with Hamas in the summer of 2014. During the war Israel destroyed more than 30 tunnels, which were used to smuggle weapons, as well as stage terrorist attacks and kidnappings inside Israel.

According to Haaretz, the Israel Defense Forces believes Hamas, which governs Gaza, is building new tunnels leading into Israel and is rebuilding its arsenal of rockets. Haaretz said it “is reasonable to assume that the number of tunnels crossing under the border is close to that on the eve of Protective Edge.”

One in central Gaza collapsed on Saturday, killing a 30-year-old man, AFP reported, citing Hamas officials. In December, 14 Palestinians were trapped for hours in another tunnel, near the Gaza-Egypt border, after it flooded.