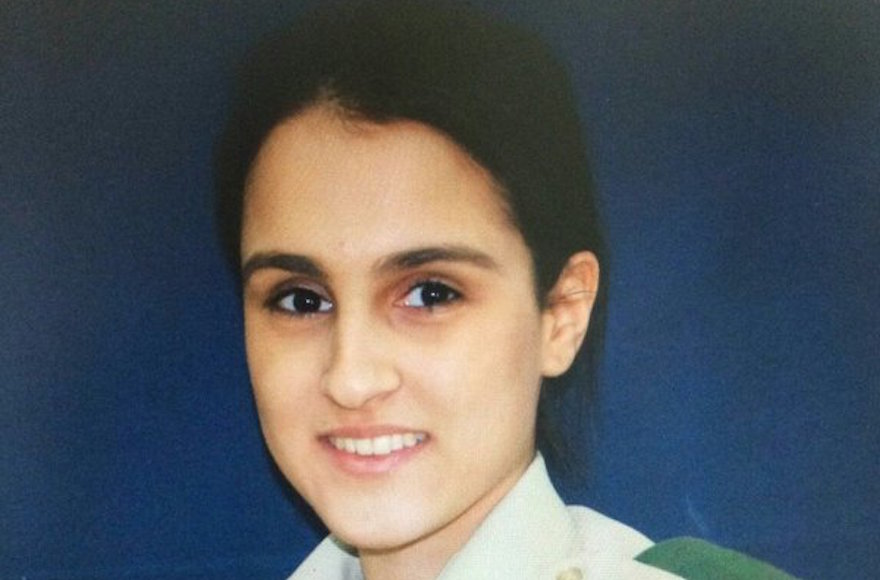 JERUSALEM (JTA) — One of the two Israeli Border Police officers seriously injured in an attack by three Palestinian assailants in Jerusalem has died, police said.

Hadar Cohen, 19, of Or Yehuda in central Israel, died hours after she was critically wounded Wednesday near the Old City, outside the Damascus Gate. She had recently joined the Border Police and was still in training.

The assailants, who entered Israel illegally from the Jenin area in the West Bank, were shot and killed by other officers, according to police. They were armed with a rifle, knives and an explosive device; police believe the men were planning a larger attack.

Like Cohen, the other injured officer was taken to Hadassah Hospital at Mount Scopus. A hospital spokesman said the officer, 18, was in serious  condition, having received stab wounds across her body, including her head.

Reporting on the attack, CBS News used the headline“3 Palestinians killed as daily violence grinds on.” Following a complaint from Israel’s Foreign Ministry, the headline was changed to “Israeli police kill 3 alleged Palestinian attackers” and then to “Palestinians attack 2 Israeli officers before being killed.”

Border Police stopped the attackers asking to see their identification documents. While one of the assailants took out his documents, another produced a gun and shot up the area, according to police.