Founder of Orthodox muckraker blog Failed Messiah sells – but did he sell out? 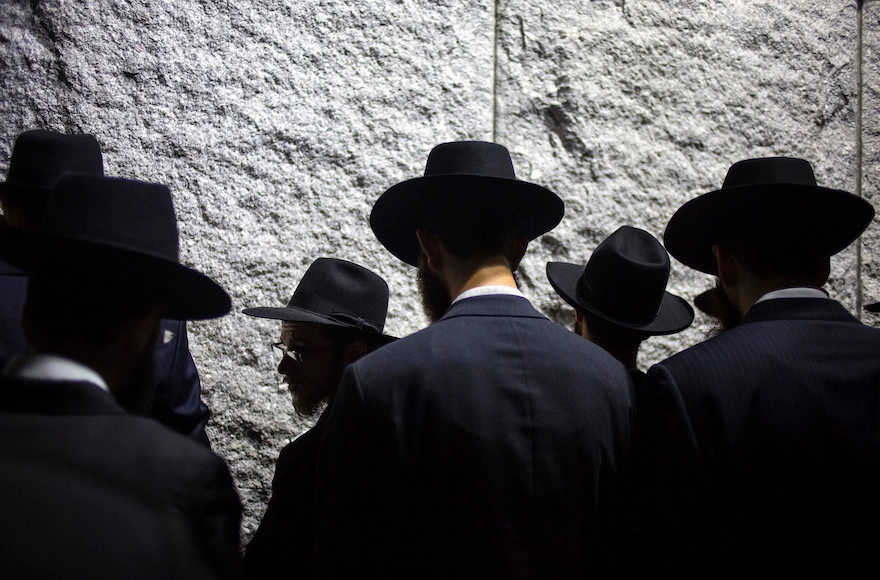 NEW YORK (JTA) – He has been compared to a piece of rotting meat and lauded as a muckraking champion of the voiceless.

Now Scott Rosenberg — better known as Shmarya Rosenberg — has signed off and sold Failed Messiah, his controversial blog tracking the foibles of Orthodox Jews. But Rosenberg is refusing to identify the new owners.

Suspicious readers want to know why.

In an introductory blog post, Failed Messiah’s new owners described themselves as “a group of people dedicated to protecting the reputation of the Orthodox Jewish community” – precisely those who used to be the target of Failed Messiah’s withering criticism. That has some wondering whether the site was purchased to silence criticism of the Orthodox.

Over nearly 12 years and some 16,000 posts seen by millions of unique visitors to Failed Messiah, Rosenberg broke many important stories about the Orthodox community. Pulling no punches, Rosenberg demonstrated little care for the concerns of the rich and the powerful who hold sway over many Jewish communal institutions. He also occasionally got things wrong and had no problem being overtly biased.

Rosenberg’s relentless and unsparing look at Orthodox institutions and figures made him an indispensable, albeit cautiously regarded, source for journalists as well as a subject of some revulsion in the Orthodox community, which Rosenberg once called home.

His sole focus, Rosenberg told JTA, was to give voice to the voiceless, particularly in Orthodox communities where deference to powerful rabbis often leaves them silent. (Rosenberg now identifies as secular.)

“It was one long string of very bad behavior,” Rosenberg said of what he observed in the Orthodox community. Had he had more resources, he said, “I would have turned it into a newspaper and gone after everything that appeared to be bad, wherever it happened to be.”

Now Rosenberg is moving on to a domestic anti-poverty project whose details he declined to discuss. Many readers are not only lamenting his departure but wondering why Rosenberg, whose mission was to expose secrets, is keeping the identity of Failed Messiah’s new owners a secret. Rosenberg says it’s because he is contractually prohibited from revealing their identity.

So far, the buyer has been identified only as Diversified Holdings. Rosenberg said he passed along JTA requests for an interview, but JTA received no response from the company.

“We will present articles and conversations that speak to what Hashem truly wants from us [and] continue to pursue and expose people that create a desecration of G-d’s name,” the new owners wrote in their introductory post.

READ: FailedMessiah blogger signs off after 12 years of haredi muckraking

A speculative blog post on the Orthodox website OnlySimchas suggested that the buyer is Orthodox philanthropist and nursing home magnate Shlomo Rechnitz, who was in the news recently for buying each of his employees a PowerBall lottery ticket. He stirred debate more recently in Orthodox circles for delivering a speech at a charity gala in Lakewood, New Jersey, that criticized Orthodox schools for turning away kids whose families don’t conform to Orthodox ideals. He apologized shortly afterward, saying he hadn’t meant to offend.

Rosenberg declined to confirm or deny whether Rechnitz is behind Diversified Holdings.

Steven Weiss, managing editor of The Jewish Channel, credited Rosenberg with forging “a path of aggressively antagonistic journalism” about a community that he says does not do a good job of policing itself.

“He shined a light on a lot of things that needed shining on, pretty selflessly,” said Weiss, who created Protocol, one of the first blogs to take an unvarnished look at the Orthodox community. It shut down in 2004, about the same time Failed Messiah launched.

A Colorado attorney named Robert Barron, writing on Rosenberg’s Facebook page after the Feb. 2 announcement of his departure, said he was “devastated” that Rosenberg was leaving Failed Messiah.com.

“That blog was both fearless and trailblazing in terms of exposing the criminality and dysfunction of haredi communities worldwide, but especially here in the United States,” Barron wrote. “Granted, others might operate the blog from now on; but the question I have is … will that person be as dedicated as Sharmya was?” 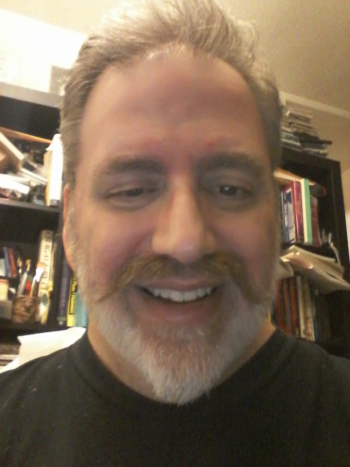 Within the Orthodox community, many will not miss Rosenberg’s voice. On OnlySimchas, commenters dubbed him an “evil blogger.” A spokesman for the haredi Orthodox Agudath Israel of America, Rabbi Avi Shafran, has compared Failed Messiah’s commentary to Nazi propaganda against the Jews.

As an independent blogger, Rosenberg spent countless hours hunched over a computer in his St. Paul, Minnesota apartment, uncovering secrets many in powerful positions sought to keep buried, tracking down legal documents, filing Freedom of Information Act requests to obtain others and interviewing sources.

Once affiliated with Chabad and an outreach worker in Jerusalem, Rosenberg was driven to create Failed Messiah out of disillusionment with the movement. In September 1983, when he was a college student, Rosenberg wrote to the Lubavitcher rebbe, Menachem Mendel Schneerson, asking that his well-connected movement of emissaries help Ethiopian Jews. He hoped that Chabad would help these black Jews much the way it had aided Persian Jews before and after the Iranian revolution.

Rosenberg said he received no response. He wrote a second letter that November but got no answer.

Twenty years later, in 2004, he said he learned that a magazine in Kfar Chabad, the Israeli Chabad town, had published the rebbe’s response, which never reached him. The response, the authenticity of which is questioned by Chabad representatives in New York, chastised Rosenberg for writing in a “presumptuous and unbecoming” manner and saying, basically, that helping the Ethiopians was not within Chabad’s purview.

Rosenberg was urged to post the response on the Internet. At the time, Rosenberg told JTA, he didn’t even know what a blog was.

Soon Rosenberg began writing critically about messianism among Chabad Hasidim, who were convinced that the rebbe, who died in 1994, was still alive.

In 2004, he was among the first to report charges of inhumane slaughter at the nation’s largest kosher meat company, Agriprocessors. The Iowa firm later became the target of a major federal raid resulting in the arrests of hundreds of illegal workers and the eventual conviction of CEO Sholom Rubashkin, whom Rosenberg says he knows personally, for bank fraud and money laundering.

In time, he broadened his focus to include other issues in the Orthodox community, such as sexual abuse and financial fraud. While Rosenberg has covered Orthodox misdeeds from Hasidic communities like Satmar and Belz to yeshivish and mainstream Orthodox communities, he has chronicled Chabad malfeasance with special fervor.

Rosenberg’s critics grew over time, as did the occasional death threat.

“I get so many of these things I don’t really think about them,” said Rosenberg, who implied in an interview that he nevertheless keeps a firearm in his apartment for safety. “I generally bundle them and send them in to the FBI.”

More irksome to Rosenberg is the frequent failure of news outlets to credit his blog, which has been profiled in The New York Times, with breaking the stories on which they are reporting.

“It happens a lot,” Rosenberg said. “Sometimes it’s an honest mistake, but most of the time it’s intentional.”

He also resents the dearth of financial support from his community readers – never enough for him to cover his rent, Rosenberg said.

Now 57 and never married, Rosenberg says the physical and emotional toll of producing Failed Messiah convinced him to move on.

“The work itself is awful. You’re wallowing in other people’s … pain, their suffering,” he said. “You’re working a very long number of hours every day, sitting hunched over a keyboard which hurts like hell, and when you’re writing something you’re almost always doing it very quickly. Do that for a decade and see how you feel.”

But will he miss the work?

“Oh sure,” he said. “Especially the people.”

(Correction: An earlier version of this article erroneously suggested that Rosenberg was raised Orthodox. He was not, but later became Orthodox.)