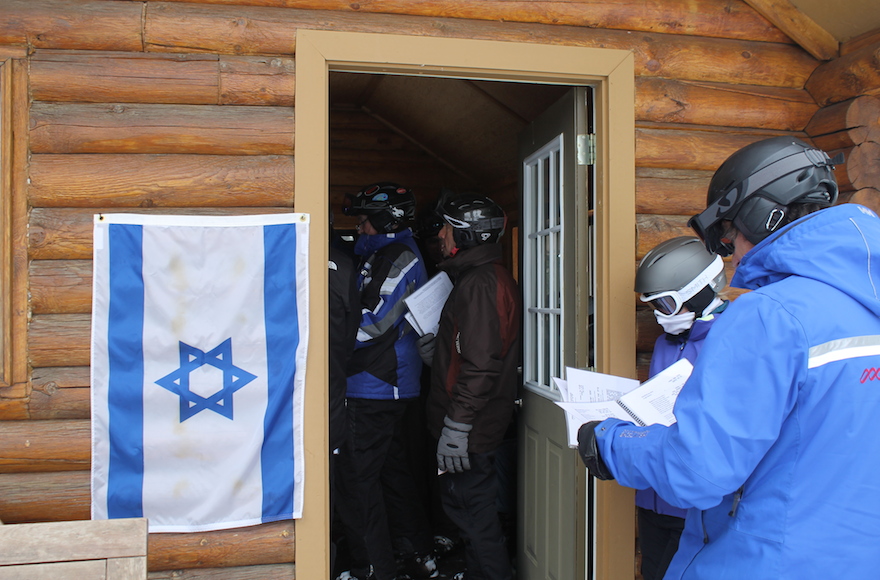 Jewish skiers now can find American mountains that serve kosher food, offer daily prayers and let you ski into a Kabbalat Shabbat service. Based on this reporter’s legwork, here are some destinations that Jews should consider checking out — even if just for the divine snow.

Park City: After Vail Resorts bought Park City Mountain Resort and linked it to Canyons over the summer, the newly renamed Park City Mountain became America’s largest ski area, with 7,300 acres of terrain. Fortunately, there are 41 lifts (including one to zip you from the parking lot to the base area and one from the middle of town) and more than 300 trails to help you get to around.

Combine that with the 400 inches of snow that falls in Park City every year and that’s a lot of white stuff to bust up. The powder is practically everywhere you turn: In the groves of aspens that hold fluffy snow up to several days after a storm, between the scented pines in the mountain’s shadowed canyons and in mogul piles on the advanced trails.

Park City also has the nation’s only slope-side kosher restaurant, Prime at Canyons, and most days there’s a daily Orthodox minyan prayer service next door.

Snowbasin: If you’re looking for something off the well-trod tourist path, try this local secret — one of about 10 large ski areas within an hour’s drive of Salt Lake City (and not to be confused with the better-known Snowbird ski resort). Because there are no hotels near Snowbasin (the closest ones are in Ogden, 17 miles away), it’s almost never crowded.

The skiing there is superlative — it was the site of the downhill, combined and super-G races in the 2002 Winter Olympics — and just three lifts give you access to practically all of the mountain’s 3,000 calf-straining acres. For the experts, there’s also backcountry terrain. Just watch where you go. One wrong turn atop Allen Peak (elevation 9,465), and you’ll be headed all the way down to Ogden, at the bottom of the valley. 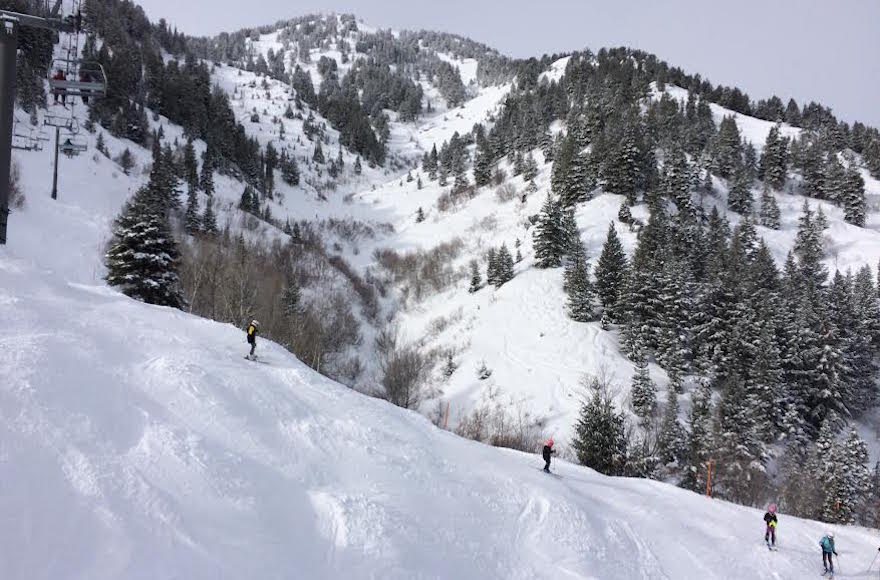 Otherwise, there’s plenty to ski back East, where most of America’s Jews live.

Okemo Mountain Resort: There’s no getting around it. Skiing in the Northeast can be c-o-l-d. Nevertheless, when southern Vermont’s Okemo Mountain Resort opened North America’s first heated bubble lift in 2014, many hard-core skiers derided it as a lift for sissies. Then came the polar vortex, and they quickly got on board. Now, the resort has two bubble chairlifts, which both shield skiers from the biting New England winds and offer heated cushions for tush-warming.

Of course, no one comes to Okemo for the heat (there’s Miami Beach for that). The mountain is known for its groomed runs, relative proximity to New York (four hours by car) and kid-friendly amenities. For the little ones, there’s a slopeside tubing park, six magic carpet lifts and a 3,100-foot-long mountain coaster. For older kids, there are seven terrain parks and the longest halfpipe in the East: 18 feet high and 500 feet long. If you’re there for the skiing, Okemo is a well-suited to intermediates and beginners.

Mount Snow: If you’re looking for something a little more challenging, Mount Snow in southern Vermont has some pretty gnarly terrain, especially if you’re willing to brave the trees of the North Face. I spent a good portion of my visit in those woods, schussing quietly through untouched snow, and only rarely screaming in primal fear while desperately maneuvering to avoid hitting a tree.

For something less hair-raising, try Mount Snow’s Main Face, which is loaded with intermediate trails and has great views of the valley below, weather permitting. Unless you’re a snowboarder, avoid the Corinthia section of the mountain. It’s all terrain parks.

Gore Mountain: Most New Yorkers who take ski vacations in the East mechanically head for Vermont or New Hampshire. But here’s why you should consider Gore Mountain, in North Creek, New York: Though little-known, it’s actually the Empire State’s largest ski area (439 acres), has a respectable vertical drop (2,537 feet from peak to base) and is almost never crowded.

Gore is run by a New York state agency, the Olympic Regional Development Authority, so it’s much less commercial than most ski areas. The base area harkens back to a bygone time before ski mountains became appendages for fancy hotels and ritzy shops. And because there’s very little lodging nearby, Gore hasn’t become a destination resort.

The downside is Gore is underdeveloped. The lifts tend to be slow, and you’ll probably have to sleep at least 30 minutes away – unless you snag one of the dozen or so rooms at the quaint Gore Mountain Lodge a couple of miles down the road.

The mountain itself is a lot of fun, with some scary-steep slopes on top and some beautiful, windy tree trails mid-mountain. If you time your visit right, you can even ski in the trees. Unfortunately, as of mid-February that would require the incredible feat of skiing on dirt. Pray for snow!