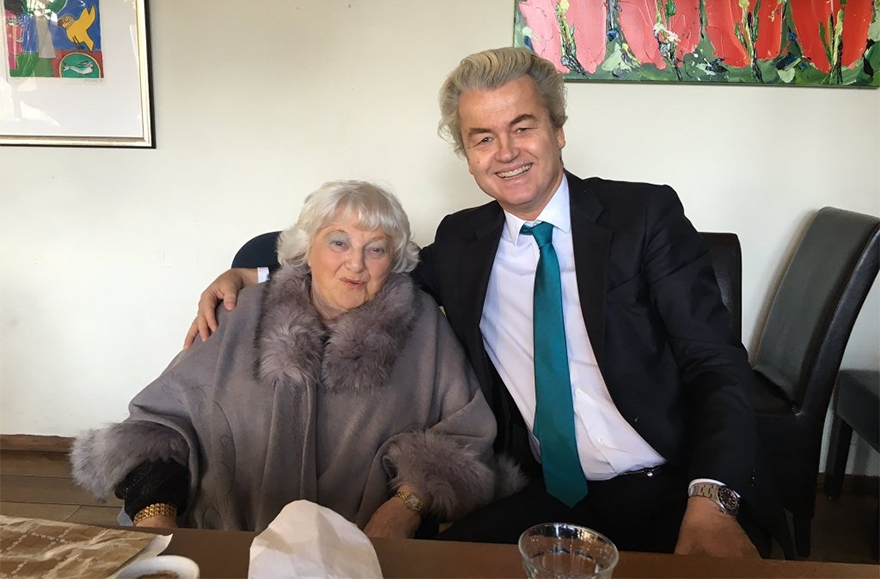 AMSTERDAM (JTA) — Geert Wilders, a right-wing lawmaker from the Netherlands who has spouted anti-Islam rhetoric, visited a Holocaust survivor who was beaten by assailants she said had an Arab appearance.

Wilders, leader of the Party for Freedom, visited 86-year-old Diana Blog in Amsterdam on Monday, he wrote on Twitter. He called her “a victim of Moroccan violence” in the tweet, which said he visited Blog with fellow Party for Freedom lawmaker Martin Bosma.

The Aug. 4 assault on Blog and her husband – both octogenarian survivors – shocked the Netherlands because of the victims’ ages and the cruelty of the perpetrators, one of whom beat Samuel Blog unconscious, breaking his hip and rendering him permanently blind, the couple said.

The assailants, who have not been caught, also threatened to cut Diana Blog’s finger because she had trouble removing a ring they wanted, the couple said, and one of the attackers called them a “dirty Jew.” They described the attackers as being fluent speakers of Dutch with an Arab appearance.

The largest group of immigrants to the Netherlands from Arab countries is Moroccans.

Bosma wrote on his Twitter account: “Beaten for two hours. Tied up naked. Husband hit till he was blind. Mrs. Blog is in a wheelchair.”

The Party for Freedom under Wilders, a supporter of Zionism who lived for two years on a moshav in Israel during the 1980s, advocates the triumph of Judeo-Christian values over Islam, which Wilders has called a fascist ideology.

Wilders’ party, which is the fifth largest in the Netherlands with 12 lawmakers out of 150, enjoys considerable support among Dutch Jews, though many of them accuse Wilders of encouraging xenophobia toward Muslims. Others further say he has demonstrated a willingness to sacrifice Jewish interests in going after Muslim ones, including in his party’s support for banning both kosher and halal slaughter.