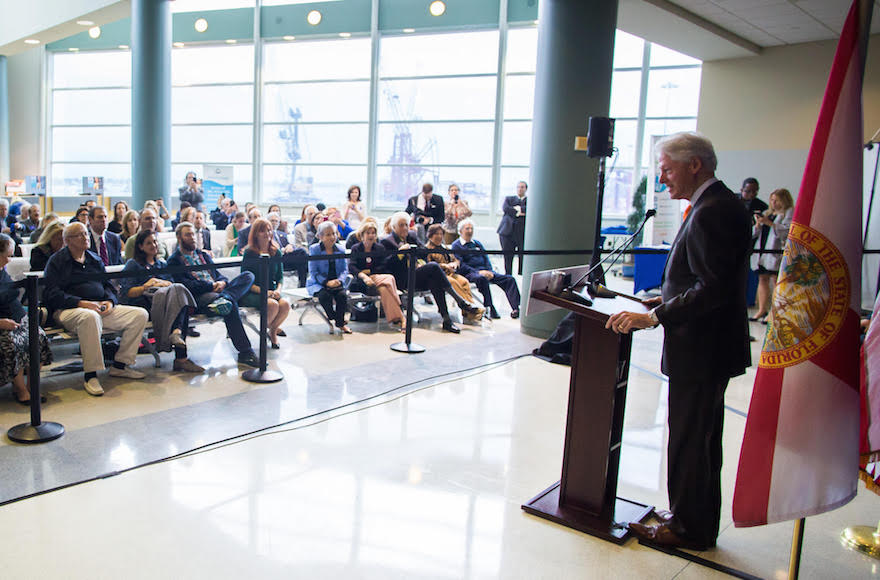 Some 100 leaders came to meet Clinton in Riviera Beach, in the southern part of the state. Hillary Clinton’s campaign said her husband spoke on health care issues and the U.S.-Israel relationship.

The meeting apparently signals that Clinton expects Sen. Bernie Sanders, I-Vt., her only challenger in the Democratic race, to still pose a threat by the March 15 primary.

Clinton was well ahead in the polls until this month, but the contest has tightened after Sanders lost by a razor-thin margin in the first caucus state, Iowa, and romped in New Hampshire, the first primary state.

“For decades, President Clinton and Hillary have maintained strong ties to South Florida’s Jewish community — and today’s conversation was an opportunity to build upon years of friendship and shared values,” said a statement from Sarah Bard, the director of Jewish outreach for Clinton’s campaign.

“From lowering prescription drug costs to providing paid family leave to reaffirming our unbreakable bond with Israel, they understand deeply the issues that matter most to our community.”