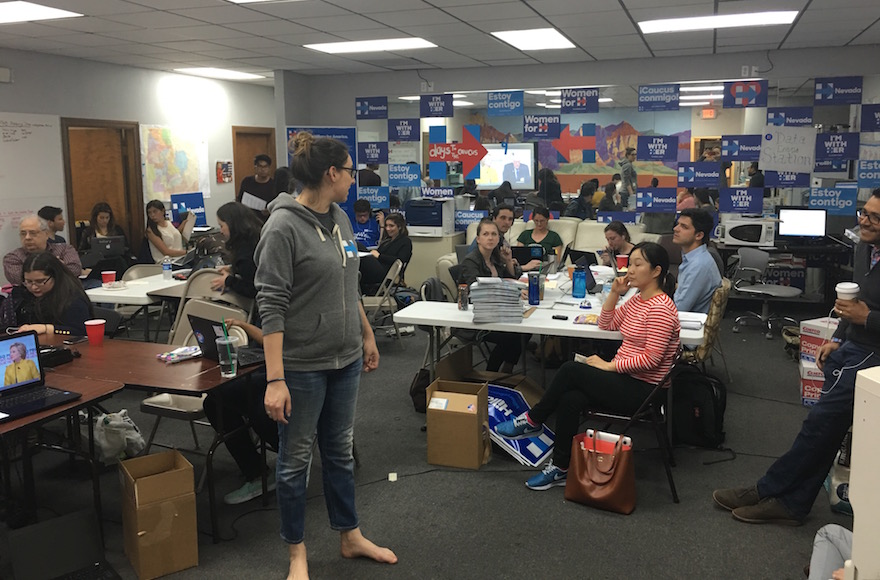 Volunteers work the phones at a Las Vegas suburban office if the Hillary Clinton campaign while watching a debate between Clinton and Sen. Bernie Sanders, I-Vt, Feb. 11, 2016. (Ron Kampeas)
Advertisement

LAS VEGAS (JTA) – Jewish voters in Nevada suffer the same affliction as anyone else ahead of caucuses in the presidential race: No one is quite sure how the damn system works.

“A big part of what we do is to educate people about what a caucus is,” said Joel Wanger, the point man for the Hillary Clinton campaign in this city’s Jewish community.

The Democratic caucus takes place on Saturday — a problem for Sabbath-observing Jews. Orthodox groups, including the Orthodox Union, have registered complaints. Republicans will hold their caucus on the following Tuesday.

Wanger, who is also the Clinton campaign’s regional organizational director, enumerated the questions he encounters: “What is a caucus? How does it work? Will Hillary be there? Does it cost any money?”

This is how it works for Democrats: Party voters meet and talk until a majority in the room is ready to elect delegates to a county convention. The presidential candidate who accrues the most delegates is the winner.

Clinton may turn up at one or two caucuses. One need not pay to vote, one has only to register with the party – allowed even on the day of the caucus.

READ: Sanders, Clinton clash over whether to establish ties with Iran

Wanger said he gets those questions at get-togethers targeting Latinos, blacks or Jews. For the Jews, Wanger, who has been in the state since last summer and who is an alumnus of the Israel Government Fellows program, has organized Sukkot parties and run an explanatory session at the Adelson Educational Campus, a Jewish school. Students who will be 18 by November are eligible to vote in the caucuses. Wanger says he’s probably reached 300 Jewish voters.

Republican Jews say it’s no different for them.

“The average person I talk to doesn’t know what a caucus is,” said Sandy Mallin, who has headed Jewish campaigns in the state for Republicans in previous elections.

“I don’t know anybody who is going to caucus,” she said, quickly adding that she likely will. 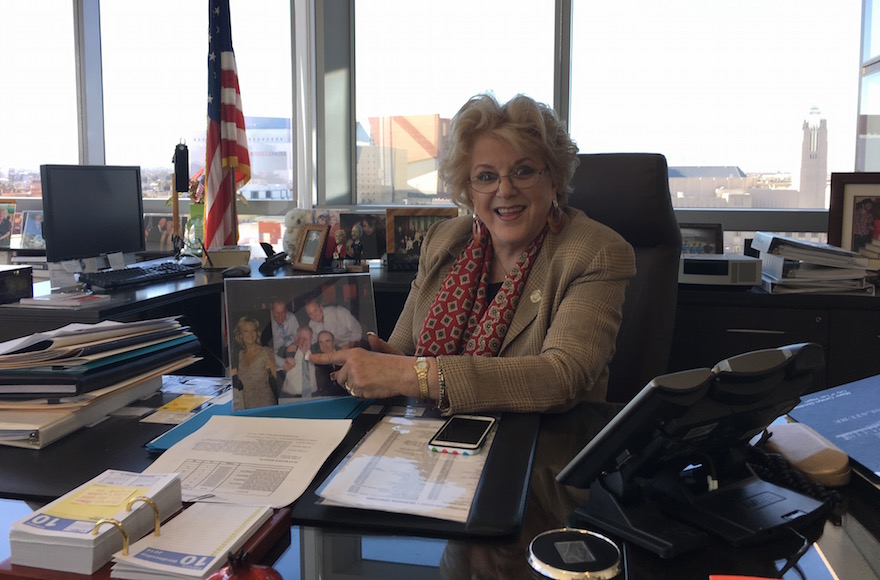 Part of the problem is that caucuses are a relatively new phenomenon out here. Until 2008, the state held regular primaries. Statewide caucuses were established that year to help raise Nevada’s consequence as the “first in the West” state — the third nominating state after Iowa and New Hampshire.

Nevadans, unlike Iowans, have yet to internalize the hours-long experience of meeting in a living room, school auditorium, storefront or church hall and grouping themselves according to preferred candidate.

Another problem is the state’s turnover. Unlike Iowans, who might be part of generations-old families in the state, the Nevada population is much more transient, with population booms when times are good and decreases when the economy sours. For many voters, the caucus will be a first-time experience.

“At one point we were the fastest-growing community in the country,” said Todd Polikoff, the CEO of the Las Vegas Jewish Federation. “In 2004, 6,000 people were coming to Nevada a month, 600 of them Jews.”

Then came the bust in 2007-08. Polikoff thinks the current Jewish population of the state is well below the 89,000 assessed the last time the federation commissioned a study, in 2005.

The departure of voters and their replacement by others make it hard to figure exactly what the political composition of the Jewish community is at any given moment, said Michael Green, an associate professor of history at the University of Nevada, Las Vegas, who specializes in the state’s history.

More recently, he said, there appears to be an influx of Orthodox Jews and retired Jews, suggesting the community is likelier to tack further to the right than other Jewish communities.

“Democrats in that demographic tend to lean more conservative,” he said of Jews over 55. Regarding the Orthodox, he said: “There are more Republicans here in the Jewish community than there used to be, and they’re not all named Sheldon Adelson.”

Adelson, the Jewish casino magnate who is worth some $18 billion, is a major Republican backer.

Clinton’s campaign has attracted some out-of-state Jews to push for her in Nevada.

At a debate party at a Clinton campaign office in suburban Las Vegas on Feb. 11, there were at least four out-of-state Jews. Three were women who had just graduated from Northeastern colleges, and the fourth was Randy Gingiss, a 70-year-old law professor from the University of South Dakota who was exploring retirement opportunities in Las Vegas and was lured into working the phone bank.

Until Clinton was trounced by Sen. Bernie Sanders, I-Vt., in the New Hampshire primary, Nevada was seen as a likely easy win for the former secretary of state because of its substantial population of Latinos, blacks and union members. But absent accurate polling over the last couple of months, it’s hard to tell if that is still the case. Sanders signs have popped up throughout the city since the New Hampshire vote, especially on the UNLV campus. 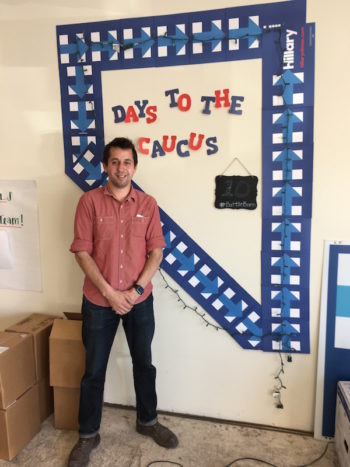 The preferences of Las Vegas’ wealthiest Jews are well known – particularly those of Adelson and his wife, Miriam, who are kingmakers in Republican politics. They reportedly are wavering between Sen. Ted Cruz, R-Texas, and Sen. Marco Rubio, R-Fla. The newspaper Adelson recently acquired, the Las Vegas Review-Journal, has endorsed Rubio.

Brian Greenspun is among the city’s most prominent Jewish friends of the Clintons (and the son of a Hank Greenspun, who helped smuggle arms to the nascent State of Israel). The head of the Greenspun Corp., which is deeply involved in an array of Las Vegas entertainment and media businesses,  the younger Greenspun roomed with Bill Clinton at Georgetown University and has been close to the couple for decades.

“Bill Clinton would come out with regularity and stay with the Greenspuns,” Carolyn Goodman, the city’s mayor and herself the matriarch of a prominent Las Vegas Jewish family, said in an interview in her high-rise office overlooking the strip. “The Clinton name means a whole lot here.”

Shelley Berkley, a former Democratic congresswoman who is now CEO of the Touro University campus in neighboring Henderson, said the failure of the Democrats to find a solution to the Shabbat problem is likely to exacerbate the aggravation arising from tensions between the Obama administration and Israeli Prime Minister Benjamin Netanyahu over last year’s Iran nuclear deal.

“I offered to open up Touro after sundown to enable practicing Jews that want to participate in the process to caucus, but I was told that was not possible,” she said of the state Democratic Party.

“There’s a large segment of the Jewish community that is very unhappy because of the vote on the Iran agreement” — most Democratic lawmakers in Congress backed the deal, though many with trepidation. “Those that are chafing because of the vote, followed by the Democratic Party caucusing on Saturday – it’s left a bad taste in a number of people’s mouths,” said Berkley, who is backing Clinton.