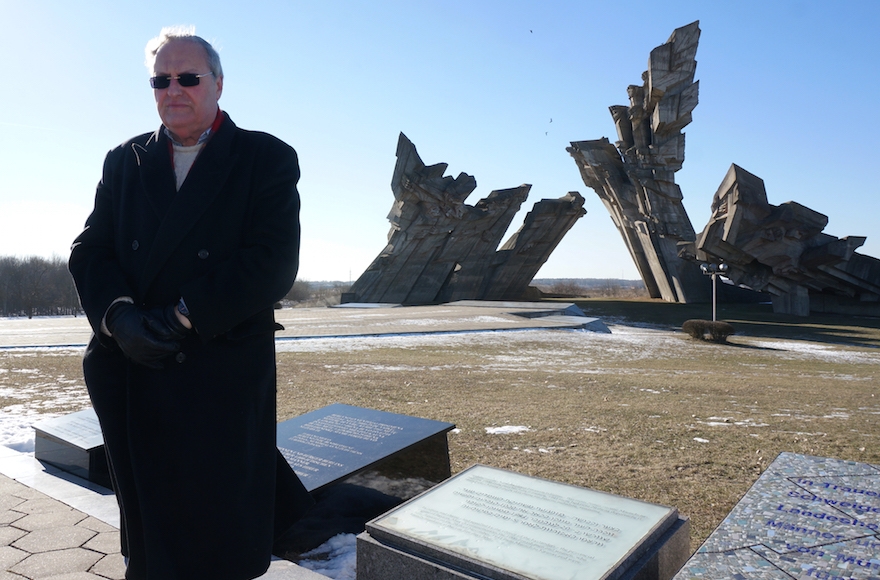 (JTA) — As the author of a best-seller that deals with female sexuality after 50, the Lithuanian novelist Ruta Vanagaite is used to embarrassing questions from journalists about her private life.

But even she was astonished when a reporter for a popular television station demanded to see her birth certificate to ascertain the veracity of claims that she is Jewish.

The question came during an interview about Vanagaite’s latest book, “Musiskiai” (“Our People”), a travelogue about the Holocaust consisting of interviews with witnesses to the atrocities perpetrated by Lithuanians against their Jewish neighbors.

The book’s publication last month has triggered the first major public debate in Lithuania about local Lithuanians’ complicity in the genocide of the Jews. It currently tops the best-seller list of the Pegasas chain of bookstores and has prompted officials to promise to publish this year the names of 1,000 Holocaust perpetrators they have been keeping under wraps for years.

Vanagaite, who is 61 and not Jewish, visited killing fields in Lithuania and Belarus to research the book, which she co-authored with Efraim Zuroff, the renowned Nazi hunter and director of the Simon Wiesenthal Center’s Israel office. Though she found the journalist’s request to see her birth certificate unsettling, she complied anyway.

“I know where it’s coming from,” Vanagaite told JTA. “Lithuanian involvement in the Holocaust is such a taboo that being a Jew or a Russian spy are the only explanations for wanting to talk about it.”

But that is beginning to change thanks to Vanagaite’s book.

“In one fell swoop, the book has brought a wave of truth telling about the Holocaust to the mainstream of society who follow the large media outlets,” said Dovid Katz, a Yiddish scholar in Vilnius who has campaigned for historical accuracy on the Lithuanians’ Holocaust-era role in the near annihilation of the Lithuanian Jewish community of 220,000. “It is of notable importance that a born and bred Lithuanian author tells the simple truth as it has never been told in a trade book not intended for scholars and specialists.”

Geoff Vasil, a spokesman for the Jewish Community of Lithuania, said “the turning of the tide within Lithuanian society” on this issue “now appears to be taking place like never before.” 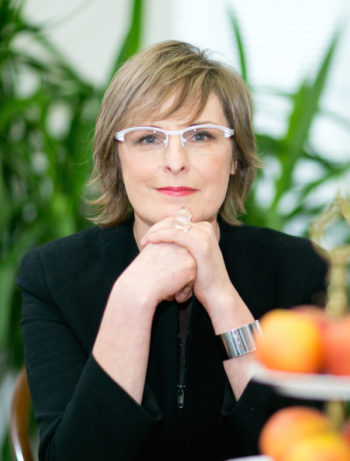 The 304-page volume has prompted not just the official Jewish Community of Lithuania but also local media outlets to demand the government publish its list of suspected war criminals. The government received the names in 2012 from its own Genocide and Resistance Research Center but failed to publish them or issue any indictments. The center’s director now has promised to publish the names by 2017.

Vanagaite’s book also has highlighted the fact that despite ample evidence and testimonies of widespread complicity, not a single person has been imprisoned in Lithuania for killing Jews during the Holocaust.

“Germany, Austria, even Hungary and Poland have had this reckoning a decade ago, but there’s a strong resistance in Lithuanian society to follow suit and confront this stain in our history,” Vanagaite said. Yet failing to do so, she said, “will mean we will be branded as a whole nation of murderers, and rightly so, because we refuse to acknowledge and condemn a murderous fringe.”

Vanagaite experienced this reluctance personally last year when she made an unwelcome discovery that served as her motivation to write the book in the first place.

In researching the life story of her grandfather — a well-known activist against communist Russia’s occupation of Lithuania until 1991 — she found documents that showed he helped German authorities compile a list of 10 Jewish communists during World War II. The German authorities then gave him some Jews to work on his farm as slave laborers before they were murdered.

“It was devastating,” Vanagaite recalls. “This was a man who was a hero to me and my family.”

In Lithuania, locals who fought with the Germans against the Red Army are widely revered as patriotic freedom fighters — including Juozas Ambrazevicius, the leader of the Nazi collaborationist government. In a funeral organized by the central government, Ambrazevicius was reburied in 2012 with full national honors in the city of Kaunas. Four years earlier, Lithuanian prosecutors investigated for alleged war crimes four Jews who fought against the Nazis with the Russians. The investigation was dropped amid an international outcry.

READ: It’s Jew vs. Jew (and rabbi vs. rabbi) in fight over Lithuanian site

Lithuania is the only country whose government officially branded Soviet occupation as a form of genocide. That “Soviet-sponsored genocide” is commemorated in Lithuania far more prominently than the Holocaust. And even any mention of the Jewish genocide had been absent from Vilnius’ state Museum of Genocide Victims until 2011.

“Exposing that some Lithuanians who are considered patriotic heroes are really war criminals would undermine the good-versus-evil narrative,” Katz noted.

“My voice [about Lithuania] was loud in international media, but I was not getting heard inside Lithuania, where I was pretty much portrayed as an enemy of the people,” Zuroff told JTA. “It took someone like Ruta to achieve that.”

The second part of Vanagaite’s book is about her travels with Zuroff, where they spoke to octogenarians who witnessed mass executions. Referencing Zuroff – a reviled figure by many Lithuanians, including well-known cartoonists and nationalist columnists – Vanagaite titled that part of the book “Journey with an Enemy.”

But Vanagaite and Zuroff are not in full accord. She believes that in lieu of Lithuanian introspection, the extent and cruelty of Lithuanian complicity has been vastly exaggerated – including in survivors’ testimonies. She cast doubt on testimonies about a man who was boiled alive in Panevezys and an account that locals, after slaughtering dozens of Jews in Kaunas, sang the Lithuanian anthem. Zuroff says he has no reason to doubt these accounts.

“But these details are less significant in light of the movement that this book started,” he said.

Meanwhile, Vanagaite is experiencing the public denunciation that for years has been directed at Zuroff, Katz and other critics of Lithuania’s refusal to prosecute Holocaust perpetrators.

Cast as a Kremlin agent in some publications and as a closeted Jew in others, Vanagaite says some of her friends no longer wish to speak to her.

At a book fair next month, Vanagaite says she will hand out stones to visitors of her booth with the following instruction: “Any Lithuanian who’s certain that their family wasn’t involved in the Holocaust should throw one right at me.”