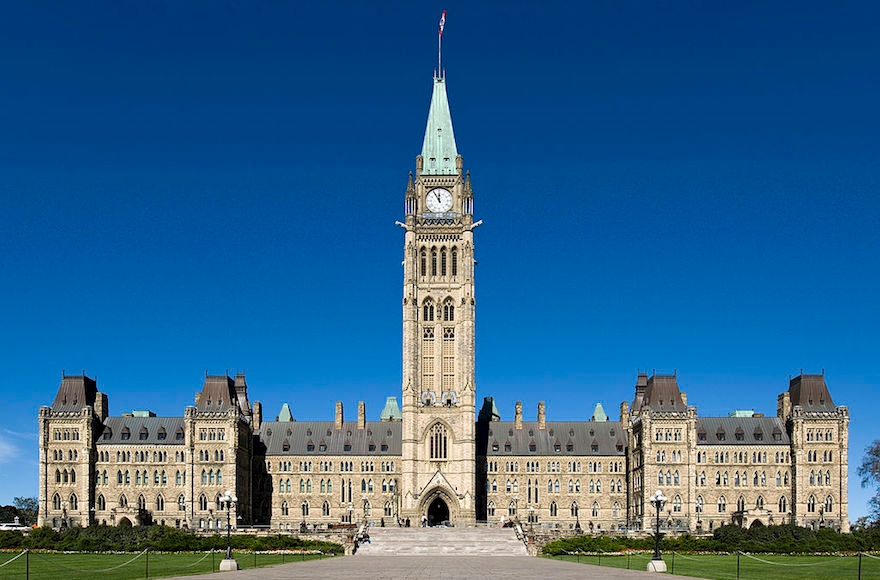 The motion passed Monday in a 229-51 vote, CIJ News reported. Introduced last week by members of the opposition Conservative Party, the motion won support from the ruling Liberal Party as well.

It calls on the Canadian government to “condemn any and all attempts by Canadian organizations, groups or individuals to promote the BDS movement, both here at home and abroad.”

In addition, the motion notes Canada and Israel’s “long history of friendship as well as economic and diplomatic relations.” The motion says the BDS movement “promotes the demonization and delegitimization of the State of Israel.”

Speaking in favor of the motion last week, Foreign Affairs Minister Stephane Dion said “the world will win nothing for boycotting Israel but depriving itself of the talents of its inventiveness.”

Canadian Jewish groups have praised the motion. In a statement last week, Shimon Fogel, CEO of the Centre for Israel and Jewish Affairs, said, according to the European Jewish Press, “The boycott movement does not contribute to peace and is not pro-Palestinian. It is discrimination based on nationality, and it harms both Israelis and Palestinians alike by driving the two sides further apart. The BDS movement is a fringe movement and is outside genuine peace efforts.”

Responding to the vote in a news release, the National Council on Canada Arab Relations said the anti-BDS motion goes “against the spirit of the Freedom of Speech, a right enshrined in Canada’s Charter of Rights and Freedoms.”

The group described BDS as a “nonviolent campaign that supports proven methods of conscientious objection to encourage Israel to respect international law.”