Meet a disabilities lawyer pushing the envelope on digital accessibility 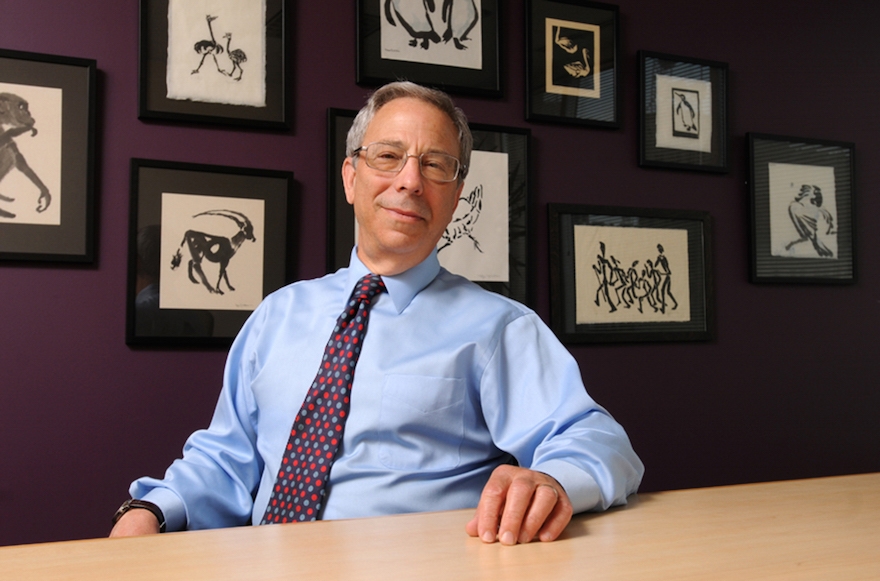 Daniel Goldstein is counsel to the National Federation of the Blind. (Brown, Goldstein & Levy)
Advertisement

(JTA) — To many who know her story, Haben Girma is a hero.

In 2013, this daughter of Eritrean immigrants became the first deaf-blind person to graduate from Harvard Law School. Two years later she was part of the legal team that helped score a major civil rights victory in National Federation of the Blind v. Scribd, a precedent-setting case that will lead to the e-book company making the 40 million titles in its library accessible to blind subscribers by the end of 2017.

But when asked to name a hero of hers, Girma chooses Daniel Goldstein, the 67-year-old counsel for the National Federation of the Blind and the mastermind behind a legal strategy to bring the Americans with Disabilities Act into the digital era.

Goldstein “is a phenomenal force in the disability rights field,” Girma wrote in an email to JTA. “Dan has helped move us towards a more accessible world both by fearlessly tackling key cases, and by mentoring new disability rights lawyers.”

Goldstein is helping to drive an expansion of disability rights, taking specific aim at the digital sphere, where the scope of legal protections for the disabled remains ambiguous.

The Americans with Disabilities Act, the 1990 civil rights law aimed at eliminating discrimination on the basis of disability, has had a transformative impact in the United States, from educational inclusion to wheelchair-accessible public buildings to closed captioning on TV. But the ADA is a creature of the pre-Internet era, and Goldstein has been a leader in making sure the law’s provisions apply to the digital world.

The Baltimore attorney has been pushing the Department of Justice, which enforces the ADA, to update its regulations to encompass web accessibility. In the meantime, Goldstein has brought lawsuits against a growing list of major corporations to ensure their products and platforms are accessible to the blind.

“Many, many businesses want to be accessible,” he said. “Many were delaying compliance until they knew what the standards would be. [Thanks to  Department of Justice delays, they are] sitting ducks for people like me to sue because they don’t have any guidance.”

In 2006, Goldstein filed a class-action lawsuit against Target that led the retailer to make changes to its website to enhance its accessibility for blind people. A 2013 case against the tax preparer H&R Block resulted in a similar outcome. 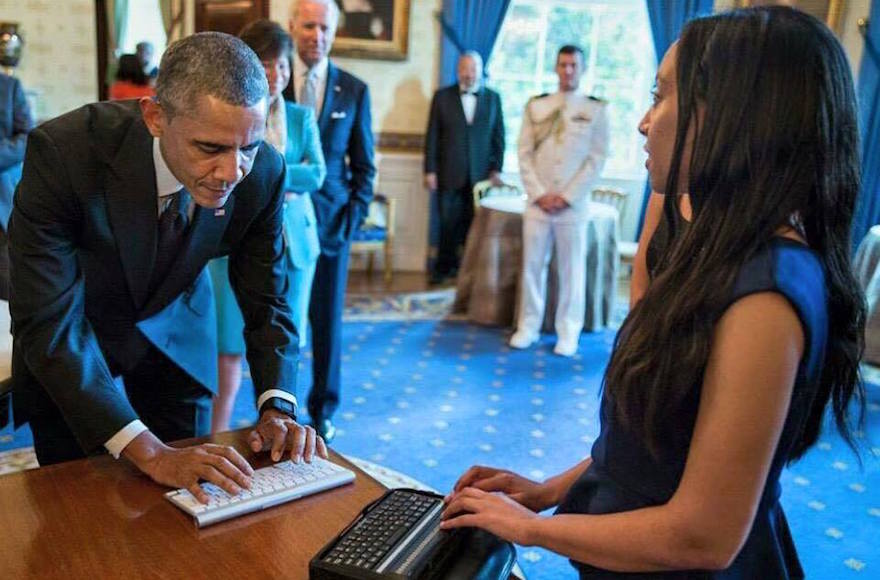 Haben Girma talking with President Obama at the White House’s 25th anniversary celebration of the Americans with Disabilities Act in 2015. (Pete Souza)

Thanks to Goldstein’s efforts, blind people can now keep up with their courses on Apple’s education platform iTunes U, waste time on their iPhones and plan vacations through Expedia. The same computer code that creates a visual display is increasingly including coding for tactile displays or software that vocalizes visual information, rendering websites accessible to the blind.

“If the digital world is not made accessible, then you deny the opportunity to people with disabilities – not just deaf-blind people, but people who can’t use their hands – to participate in the social, educational and political life of our nation,” Goldstein said.

The next big frontier, Goldstein says, is making sure that voters with disabilities aren’t disenfranchised as more parts of the voting process go digital. Goldstein is currently involved in a suit against the Ohio secretary of state alleging that certain online voting information and forms are not accessible to the blind.

“One of the areas that is very important to the disability community is the ability to privately and independently vote absentee,” he said.

Goldstein, a former federal prosecutor, says it was “almost random chance” that led him to this legal arena when the National Federation of the Blind became a client of his Baltimore law firm and challenged him to use the legal system to tear down barriers to opportunity for blind people. In 2010, his efforts led to recognition by the American Bar Association with its Paul G. Hearne Award for Disability Rights.

“Readers who are Jewish are all too familiar with arbitrary stereotypes blocking opportunity,” Goldstein told JTA. “The issue of disability is no different.”

For Goldstein, fighting for civil rights is a family tradition, and the Jewish call to justice is part of his inheritance. His father, E. Ernest Goldstein, was a Johnson administration lawyer who, while teaching law at the University of Texas at Austin, played a key role in integrating the school in the 1960s. His sister, he adds, “would picket and occasionally allow me to come along.”

Goldstein is the father of three grown children — “only one of whom became a lawyer.” He chuckles at the mention of Haben Girma calling him her hero.

“The feeling could not be more mutual,” he said. “She will be one of the great leaders of the future. It’s been a great pleasure to watch the video of Haben surfing. Did you know that she’s also a champion salsa dancer?”

(Erica Brody is a writer, editor and strategist based in Brooklyn. You can follow her @ebrody.)

This article is part of a series tied to Jewish Disability & Inclusion Awareness Month that is part of our partnership with the Ruderman Family Foundation. Guided by Jewish values, the foundation advocates for and advances the inclusion of people with disabilities throughout the Jewish community. To learn more, visit the foundation’s website.